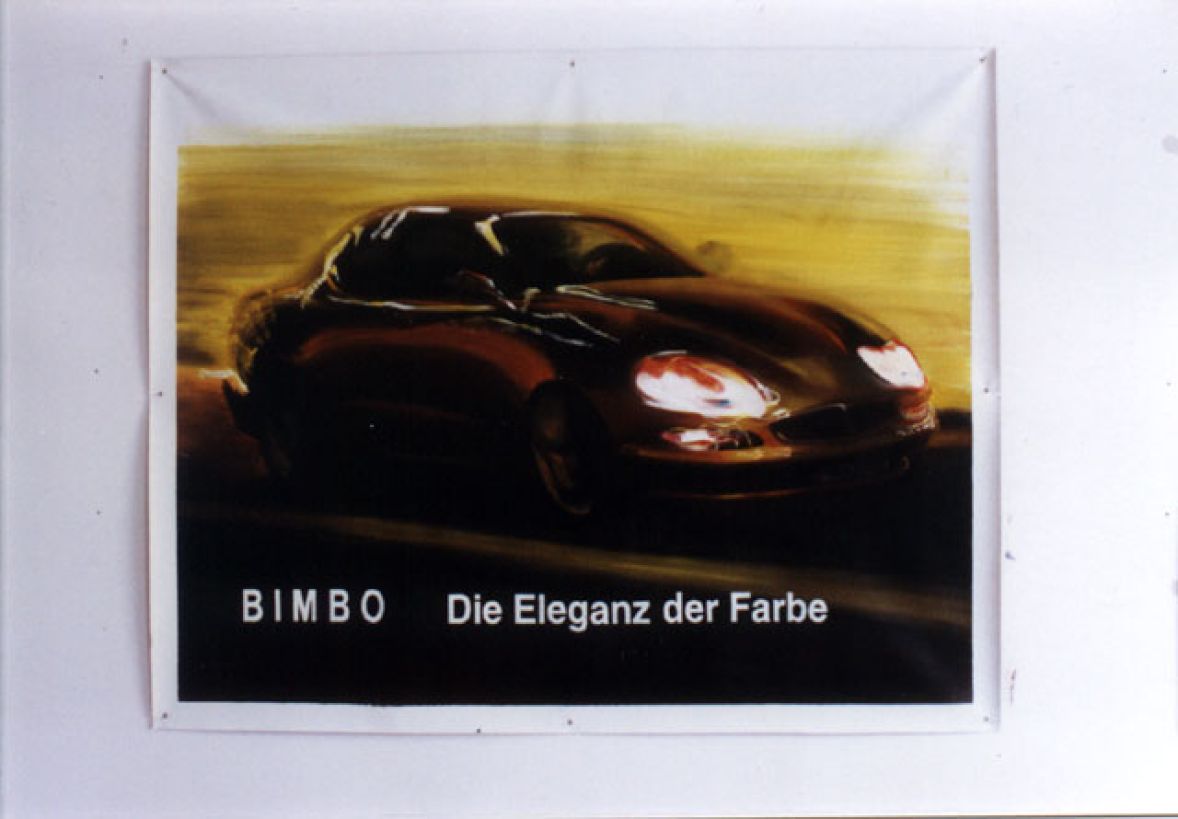 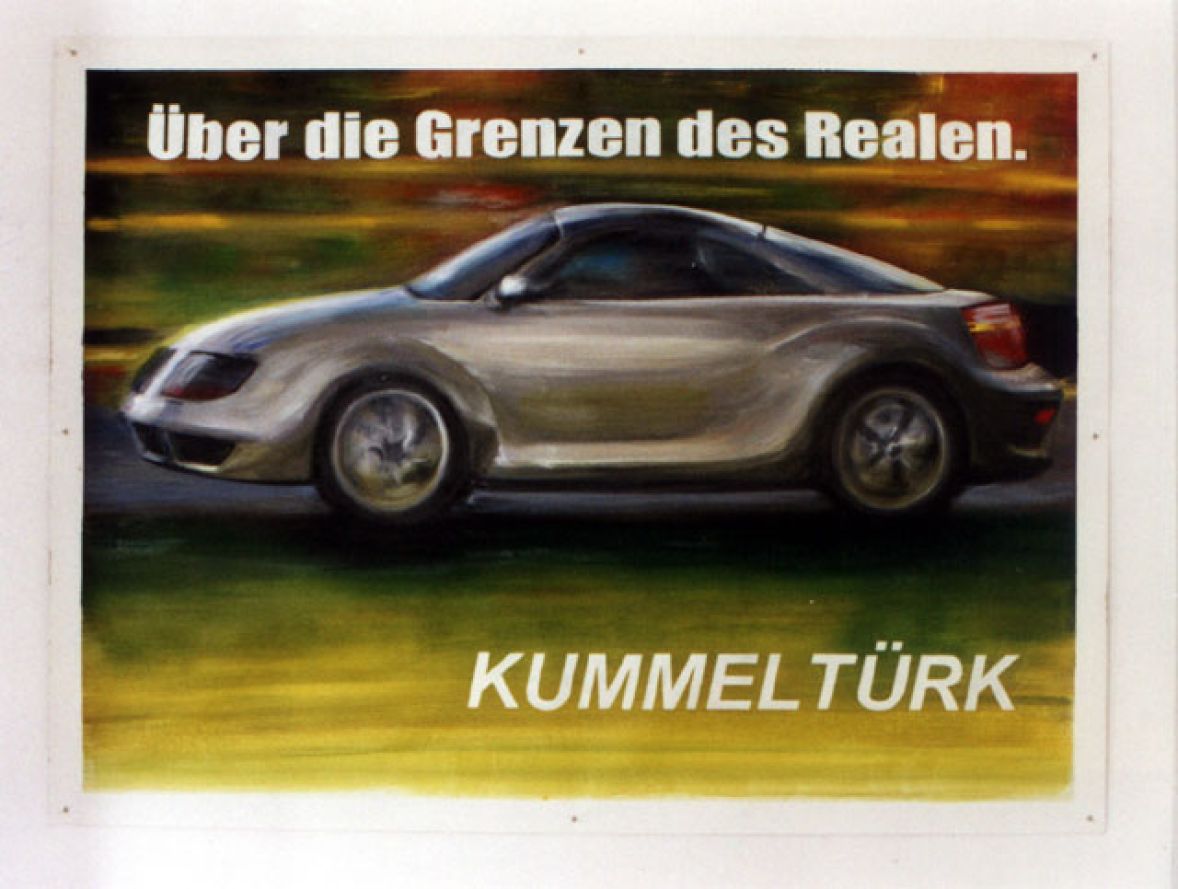 {slide=Conceptual outlines} Series of images from car advertisements, rephotographed and remade as a communication campaign, resulted in a painting series. All the original names of the specific cars models (like Corolla, Vectra, Primera, Laguna, etc.) are substituted by new ones (Auslander, Bimbo, Zuegreister, Kumeltuerk, Tschusch, etc.). This substitution operates in several levels of subversion. There is first this monotone repetitive principle of personification, appearing in car ads. There are always nice, romantic or adventurous situations in which the machines are displayed. The names, chosen for the models are often female (or sometimes-male) very COOL names. All these strategies work perfectly for the final aim to seduce the consumer. And this effect is preserved in the images, so at first sight everything look as usual, and then comes the rupture, the "punctum" by R.Barthes, when the name of the model is recognised. It is the effect of "flash-back". That few seconds when the mind is confused by "that little thing", which should not be there. Isn’t this "flash-back" similar to the realisation of how many rasistic, xenophobic and reactionary fears sleep under our consciousness, on individual and collective memories. So the subversion works in the tension between the image and text. But there are other relations contained in the manipulation. The relation for example between the car, as a means for easy overcome of long distances, and the democratic slogans like "free movement of people and ideas". We could also often see in massmedia and entertainment indutry products this image of a car, following the clishes of FREEDOM and INDIPENDANCE. In reality on the other hand it is turned out into a commodity, showing a certain social status, working more for the stratification. {/slide}