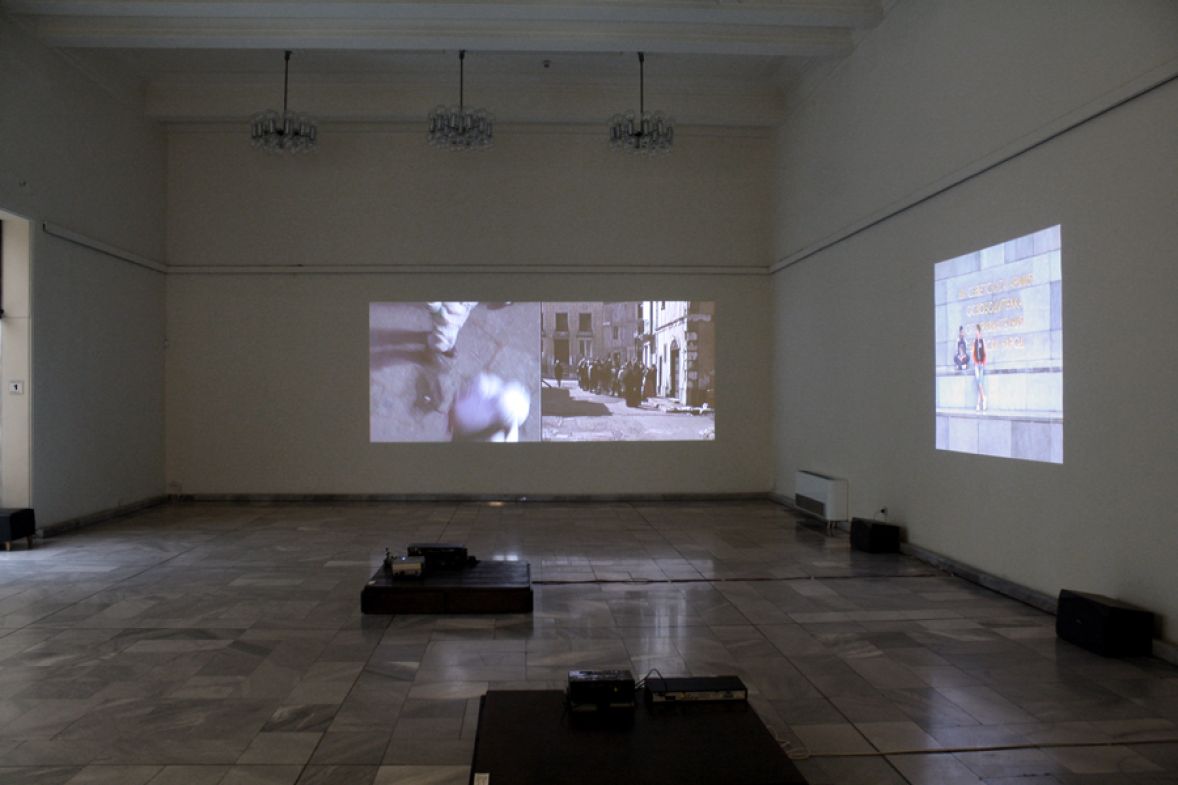 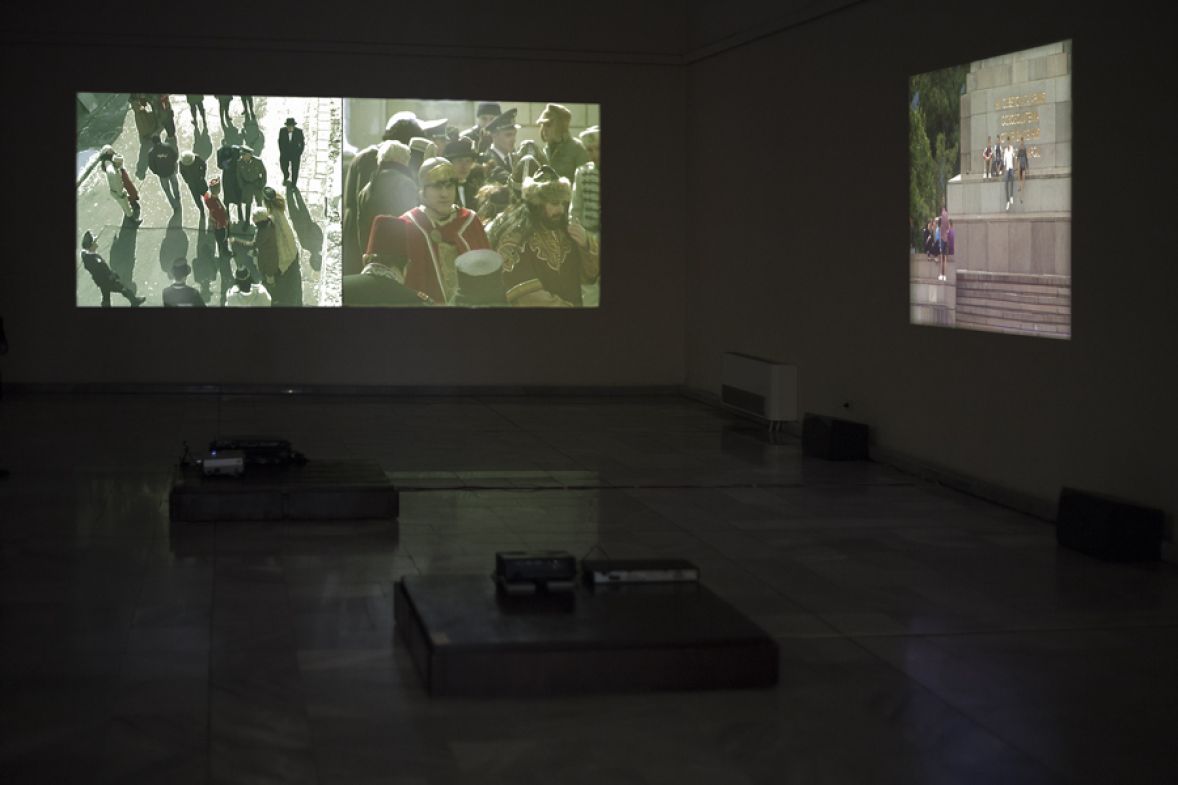 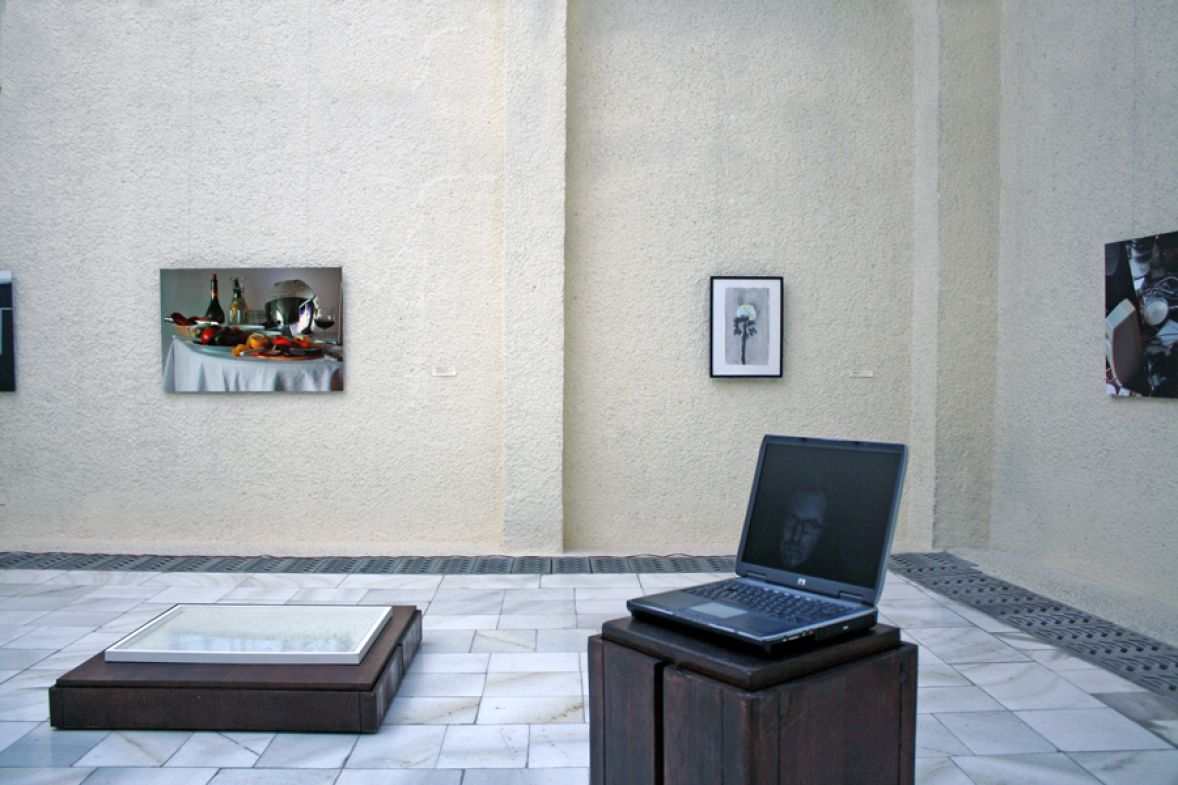 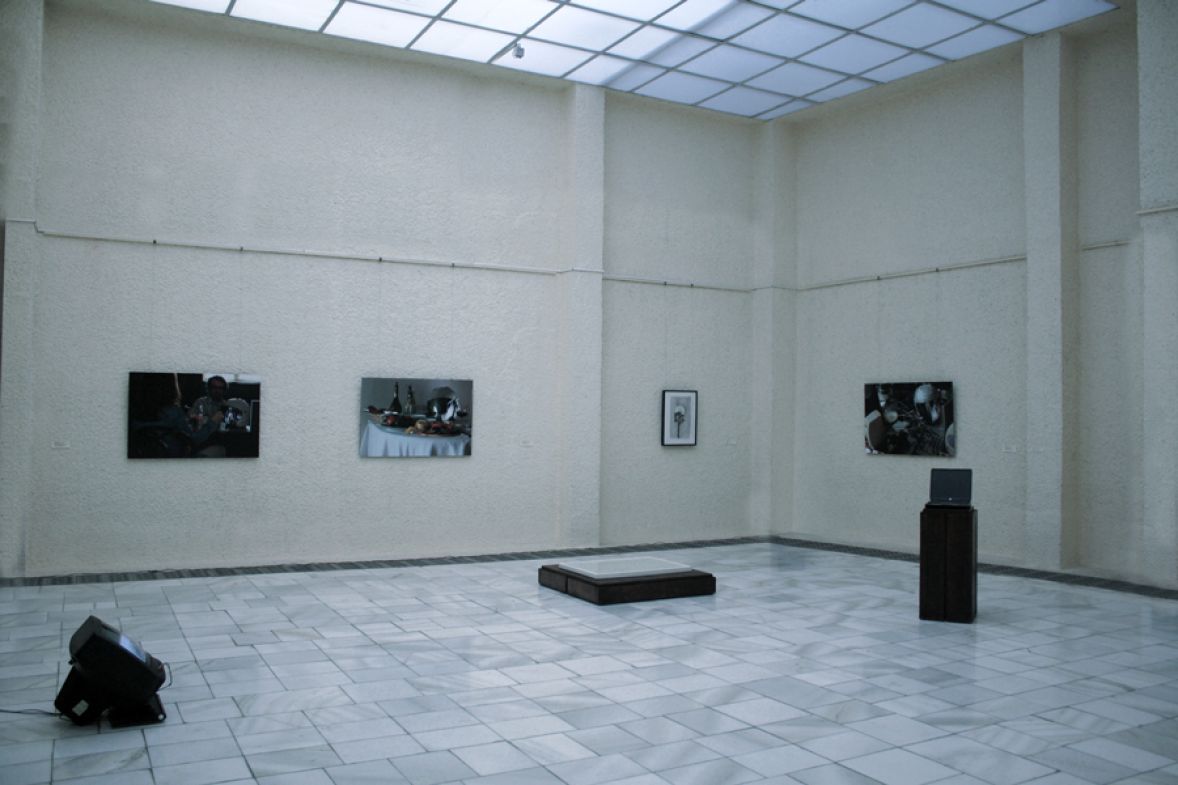 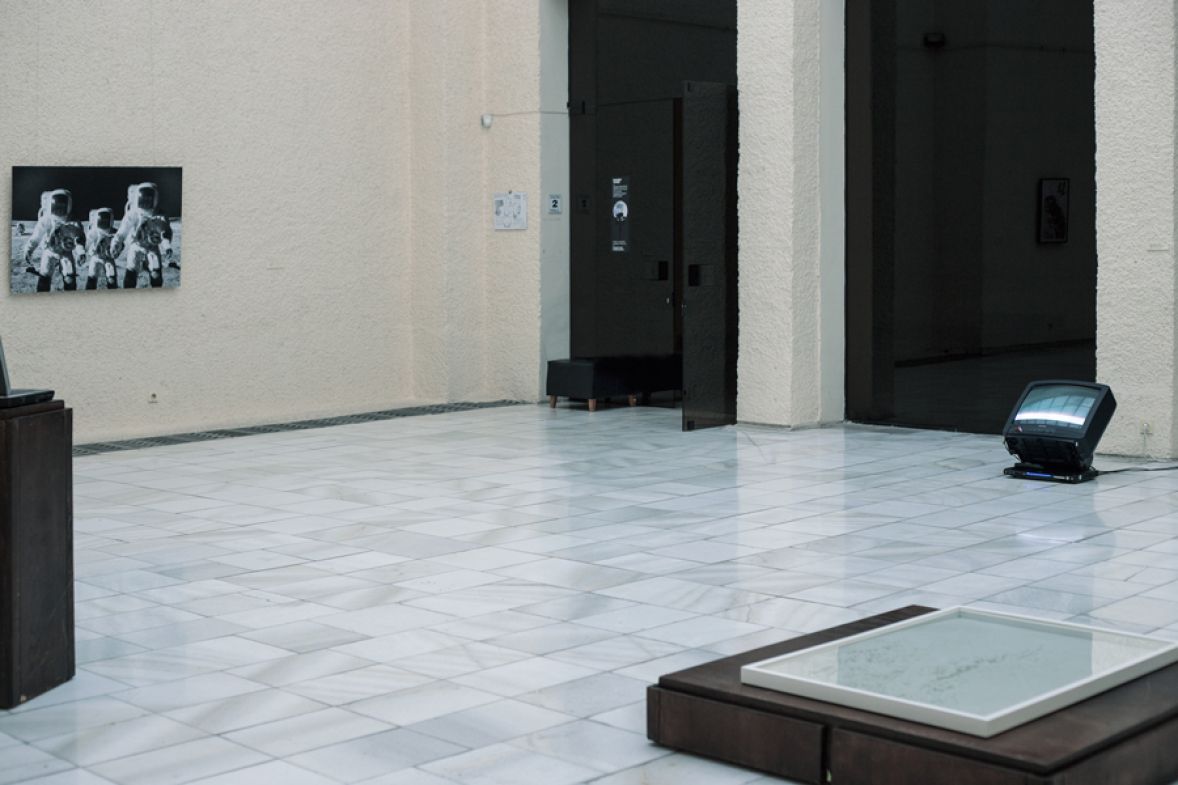 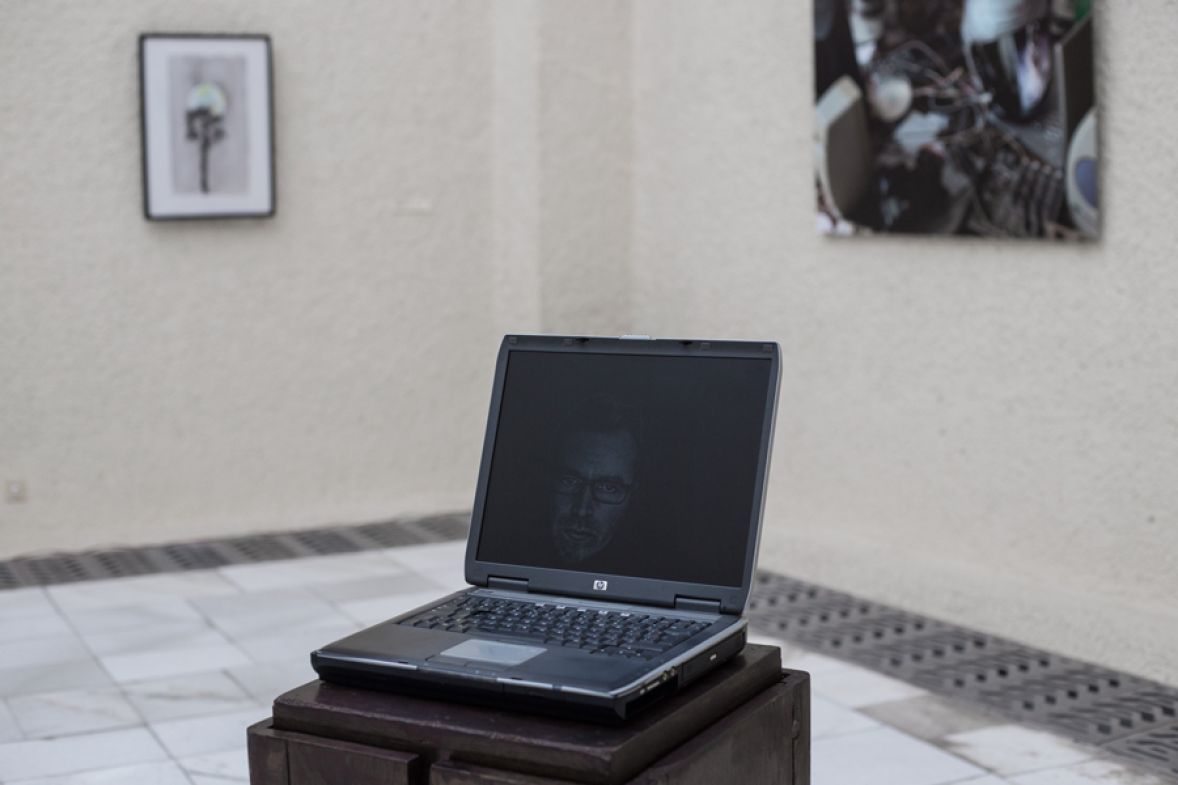 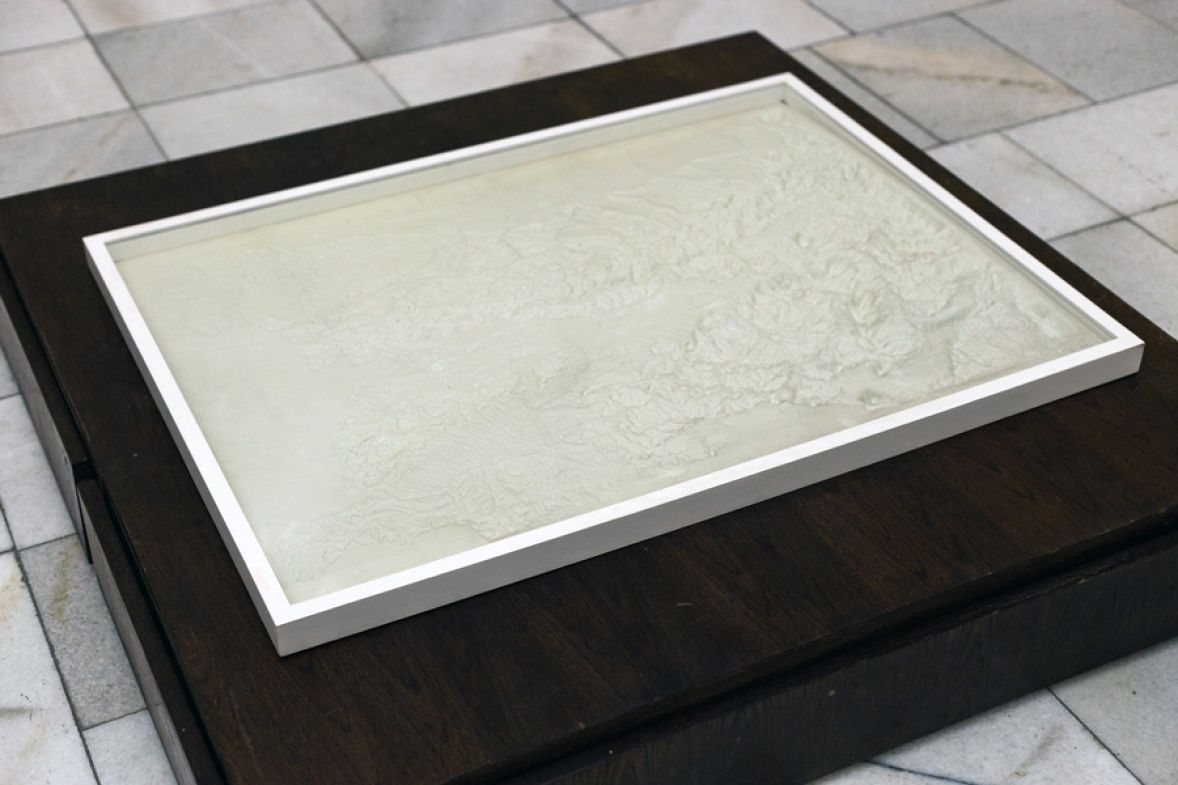 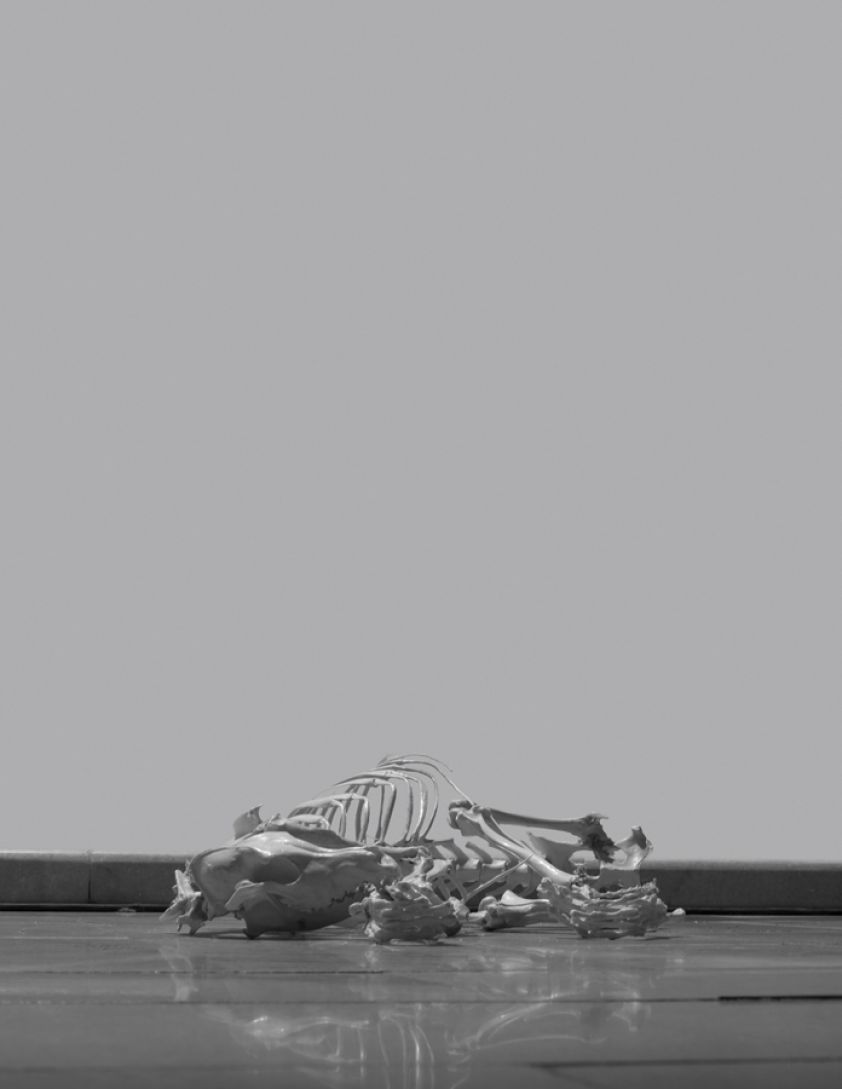 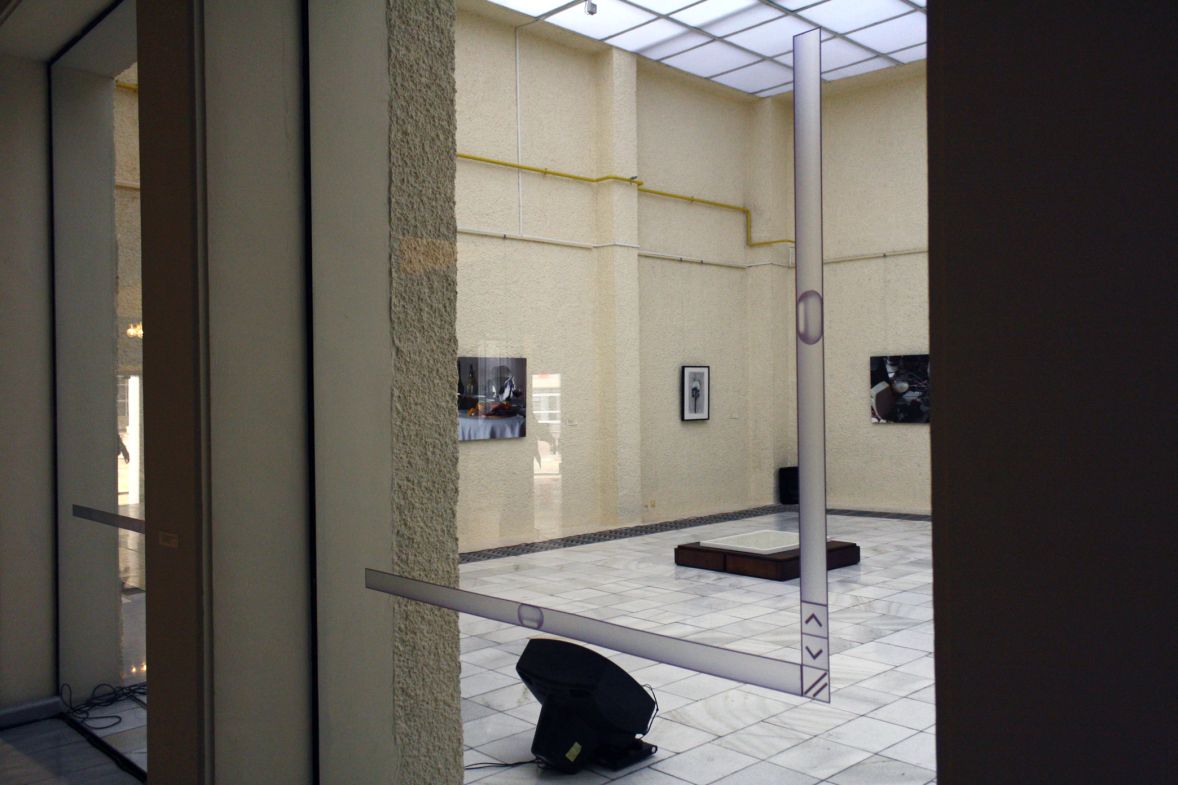 “Between the Past Which is about to Happen and the Future, Which has Already Been” is situated in a specific present, where scenes, pictures and images from the past and future inevitably rush into it. There was a time when with a relative confidence we could confirm the sequence of continuity of these three times: the past was followed by the present and subsequently by the future. This certainty however evaporated after the world was saturated with digital images. In 1990’s one of the Microsoft slogans was “Where do You want to go Today?”. The correct slogan at the present moment would be “When do You want it to be Today?”.  Indeed, today I would be going into the future like a colonizer of Mars and tomorrow (God willing) I could undergo adventures like a Medieval knight, a Roman soldier or a prehistoric primaте. There are plenty of technologies out there that can execute those journeys: fantasy movies, 3D animation, virtual walks, embeded realities, various apps. It’s a matter of choice to immerse oneself with futurology or anachronisms or why not both.

The exhibition offers a selection of works, dating from 2004 to 2015, which by various methods and in different perspectives raise questions on the production and circulation of images, on the various modes of their reception and economy.

The video installation “A Movie” (2004) sets the point of departure. It is a quasi historical drama without a subject. Fifty actors, dressed in period costumes from the collection of “Boуana” Film Studios hang around amidst a film set, waiting for an “action” signal.

“Monu – mental” (2011) is a video in which a camera observes from a distance groups of youngsters killing time round about the Monument of the Soviet Army in Sofia without paying special attention to the ideological charge of the immediate surroundings.

“Domestication. The First Five Thousand Years” (2014) collides the visitors with a figure of a dog which is not a part of the living long ago.

What is following are more recent works that focus on various hardware and software components and familiar images from the screen.”Like water, gas and electricity come from afar…” (2011) is a set of colour photographs, depicting scenes of the everyday world of an amateur – astronaut. “Family” /2015/ tosses a hypothesis of what a family life looks like on the Moon, while “Monument to the Time Elapsed” takes us back to the site of memorials. But this time, a discharged personal laptop plays the role of an imaginary tomb.

Krassimir Terziev, born in 1969, in Dobrich /Tolbuhin/, lives and works in Sofia.

His last solo exhibitions are: “Off the Record”, One Night Stand Gallery, 2014; “Cosmopolis”, Institute of Contemporary Art - Sofia, 2013.

In 2012 he is awarded the “M – Tel Award for Contemporary Art” (together with Daniela Kostova and Tsvetan Krastev) and in 2007 he received the “Gaudents Ruf Award for new Bulgarian Art”.

In 2012 his book “Re – composition, Author and work in the Age of digital reproduction” is published by East – West/Institute of Contemporary Art - Sofia.