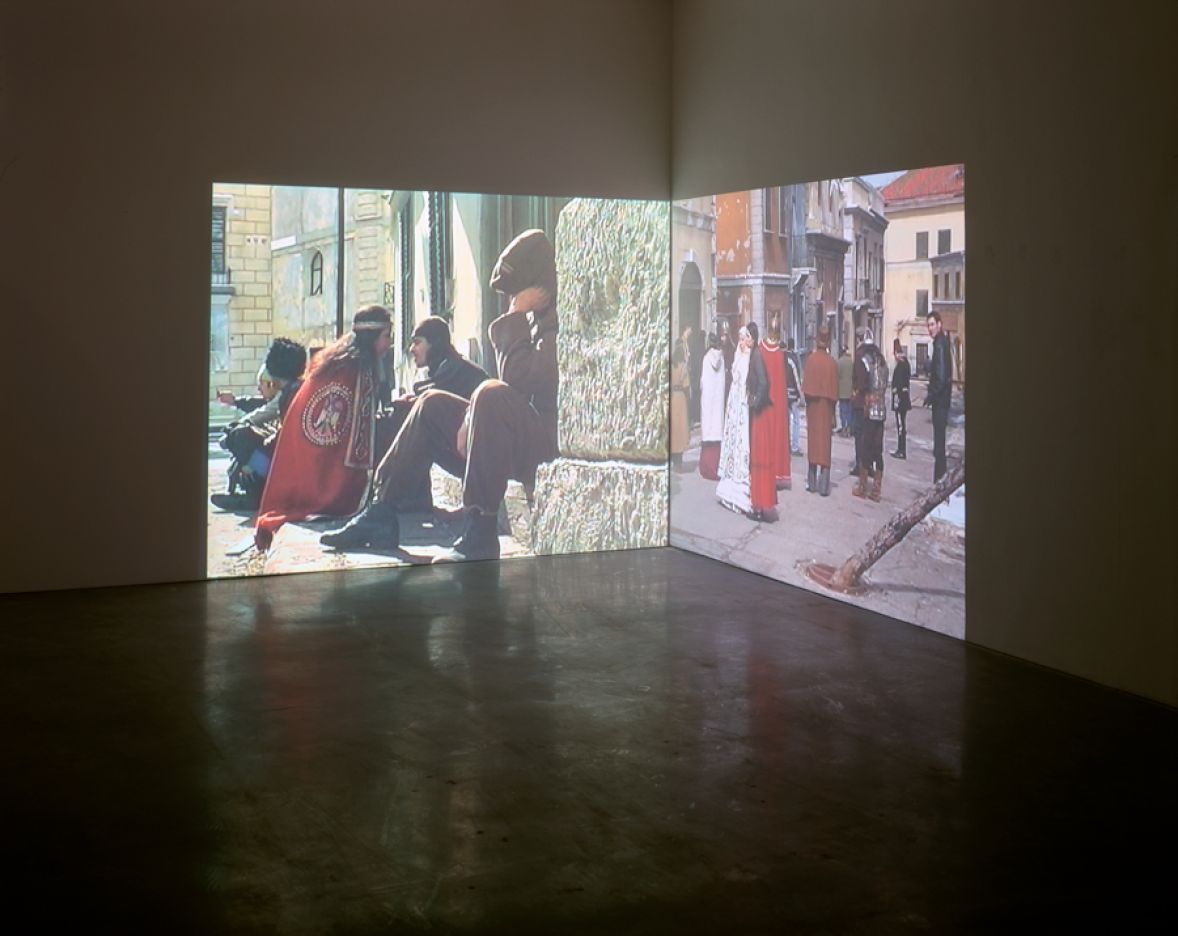 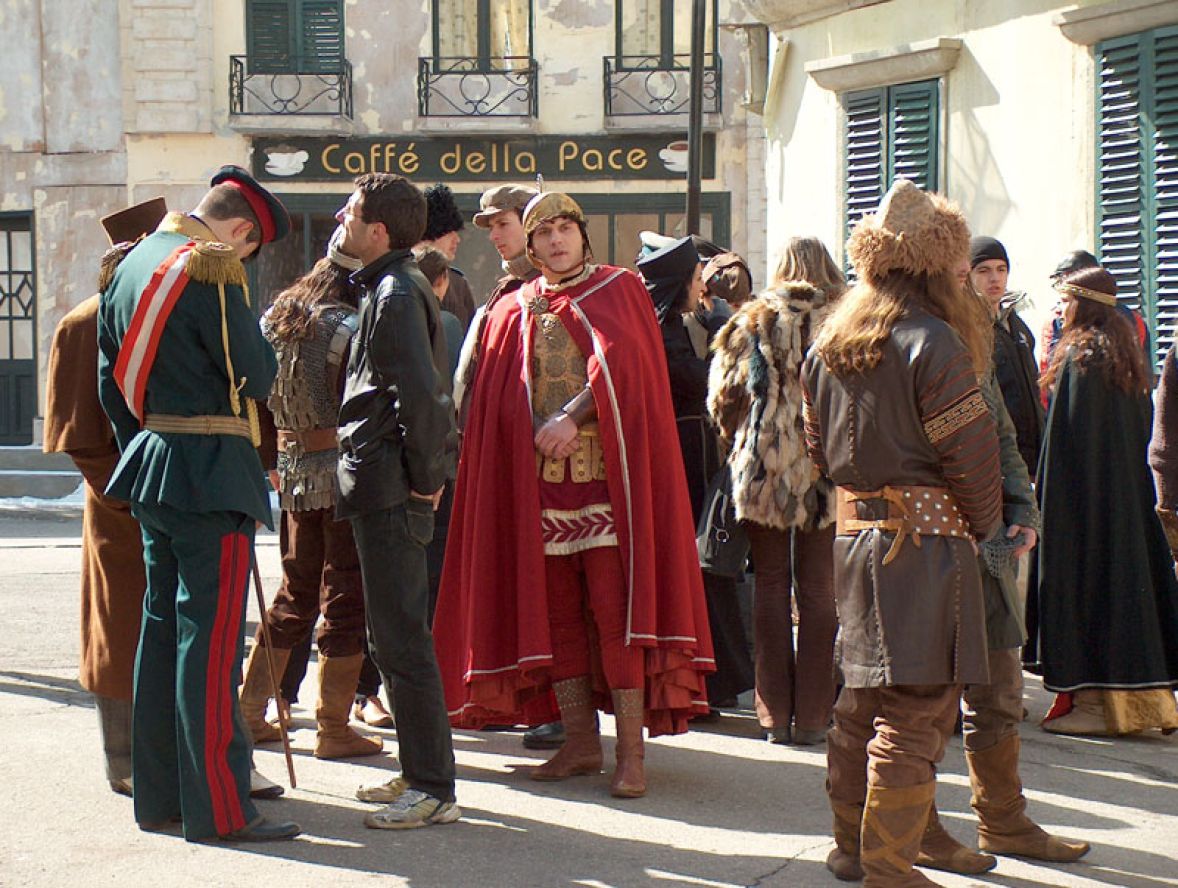 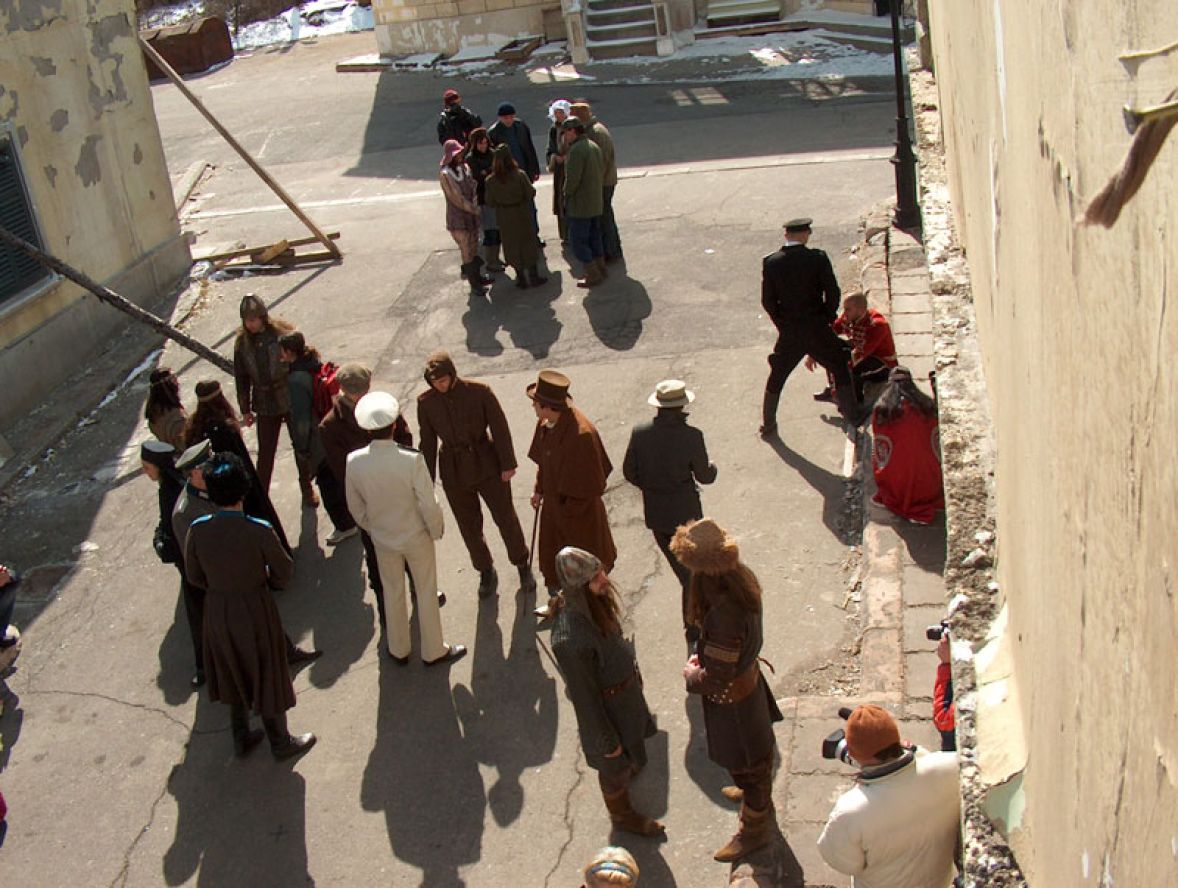 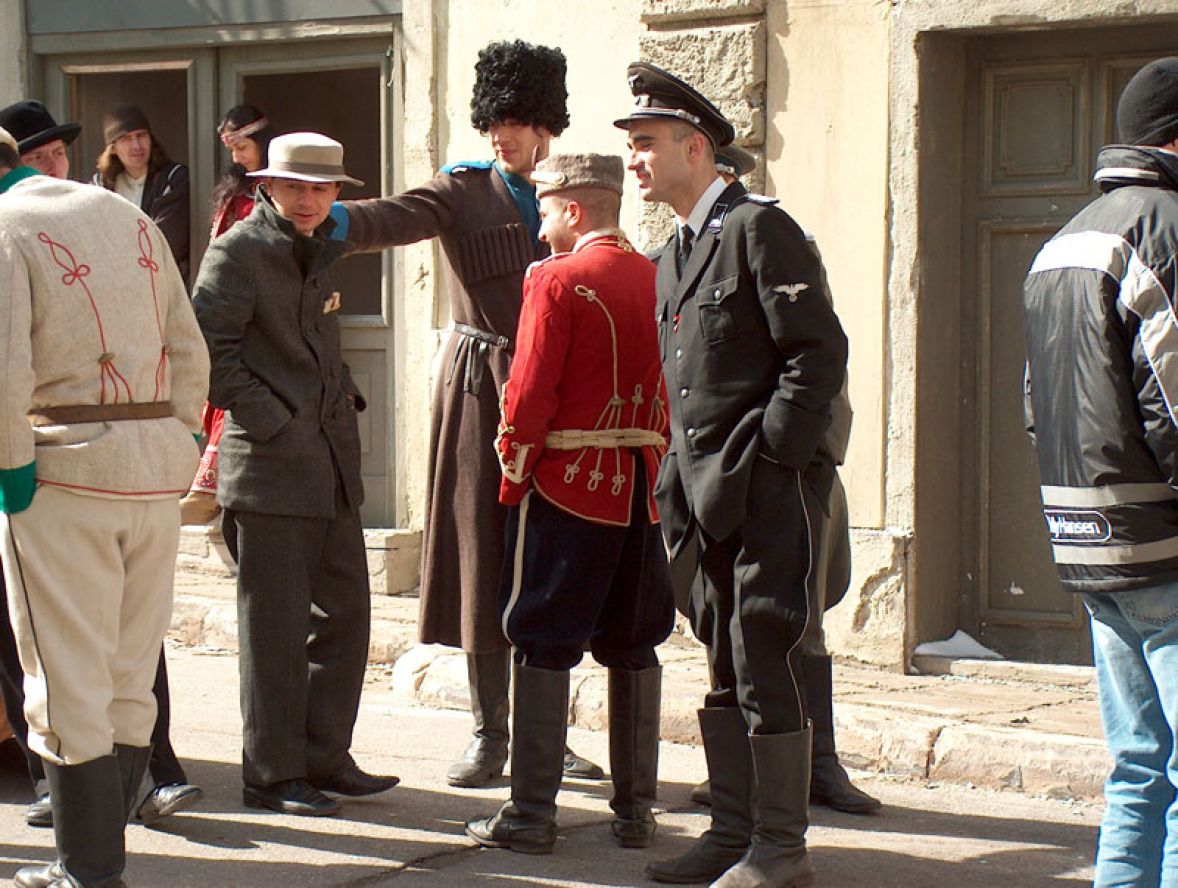 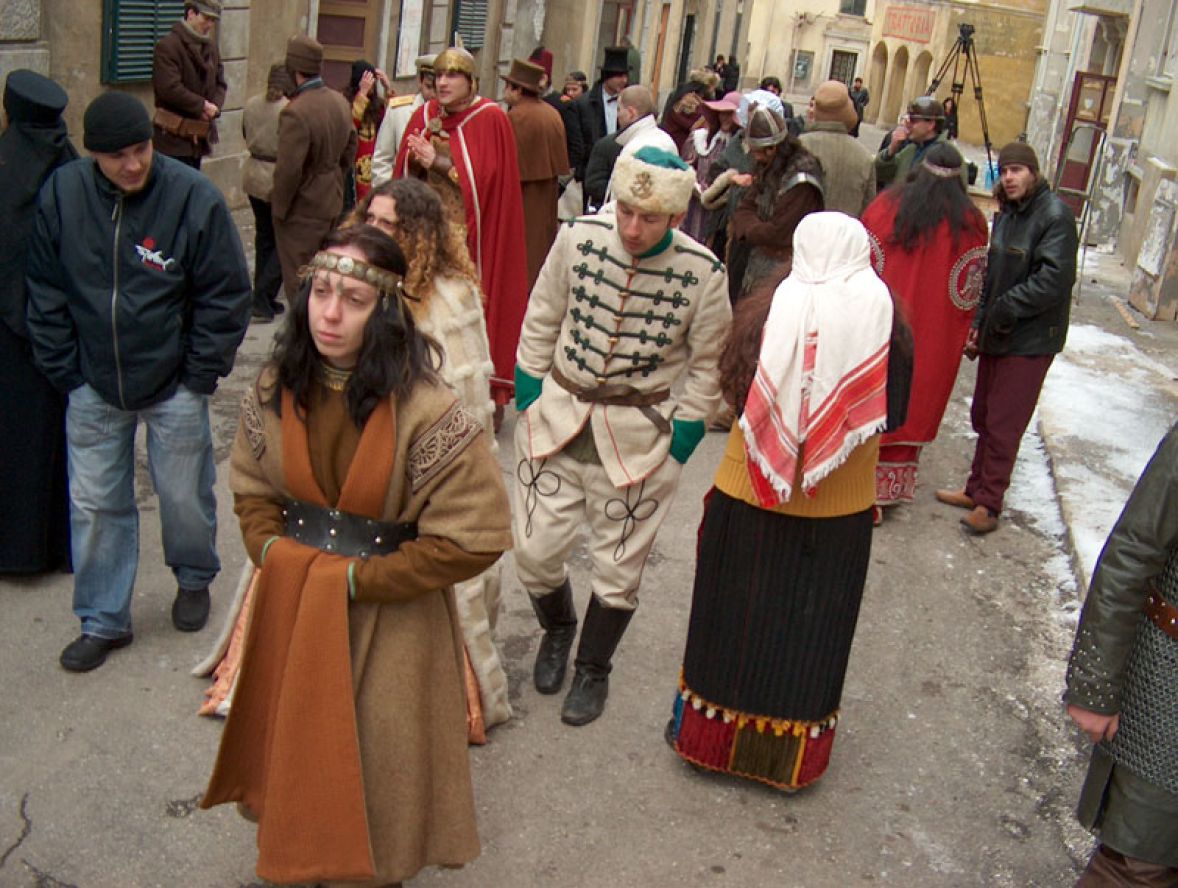 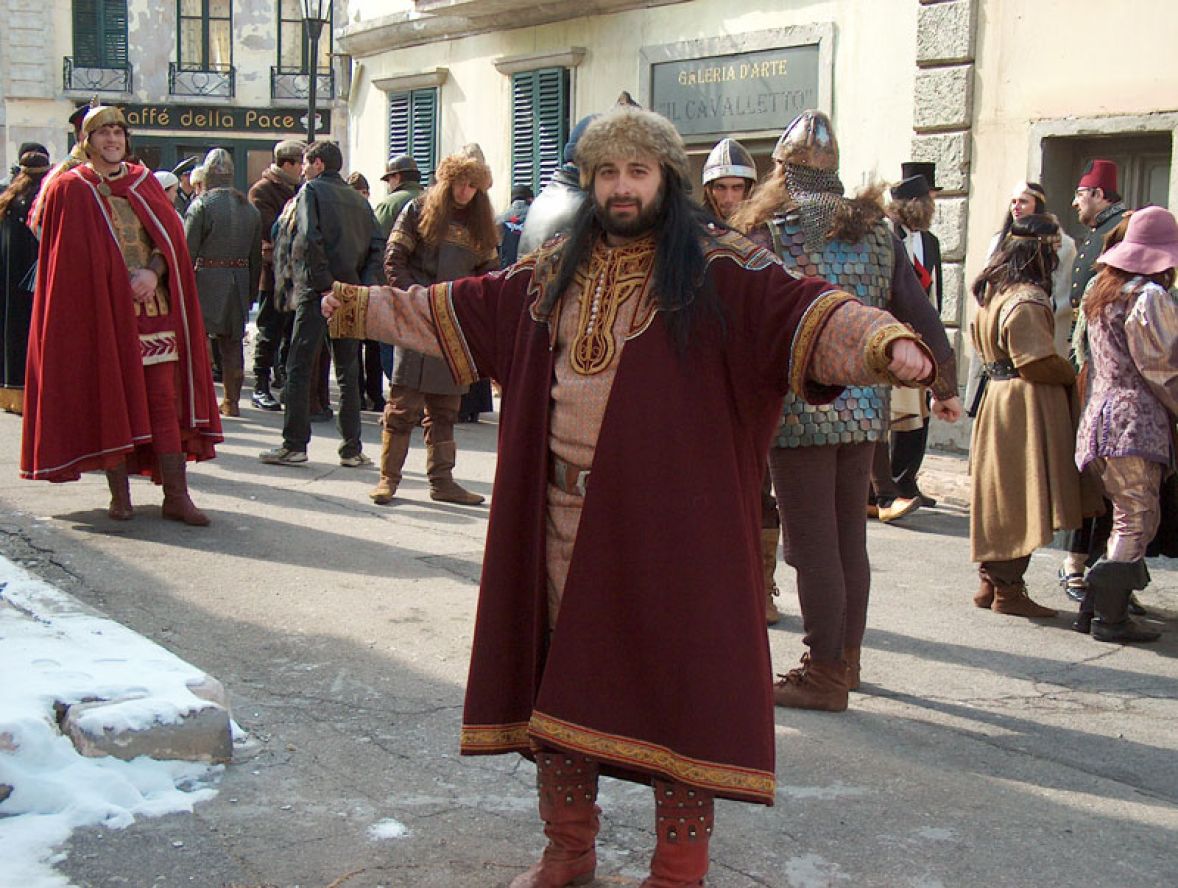 A Movie stages a film production. The stage is a film set, built by a previously shot film production in Boyana Film Studios (the main infrastructure facility of the film industry in Bulgaria). A group of 50 extras are dressed with stage costumes from the specialized wardrobe of Boyana (a collection of period costumes left from film productions in the past decades).

At 10 a.m. the group is led to the film set and left there to wait for further instructions and an “action” signal. Such a moment never comes. Three cameras from different angles follow the behaviour of the people. This process goes on for 5 hours. Then the group is dismissed without further explanation. A Movie shows this sequence of time, while all the extras are waiting and do nothing, but only wander around on the edge between fiction and reality.