Krassimir Terziev: Between the Past Which is about to Happen and the Future Which has Already Been, 2015, National Gallery, Sofia; curated by Iara Boubnova 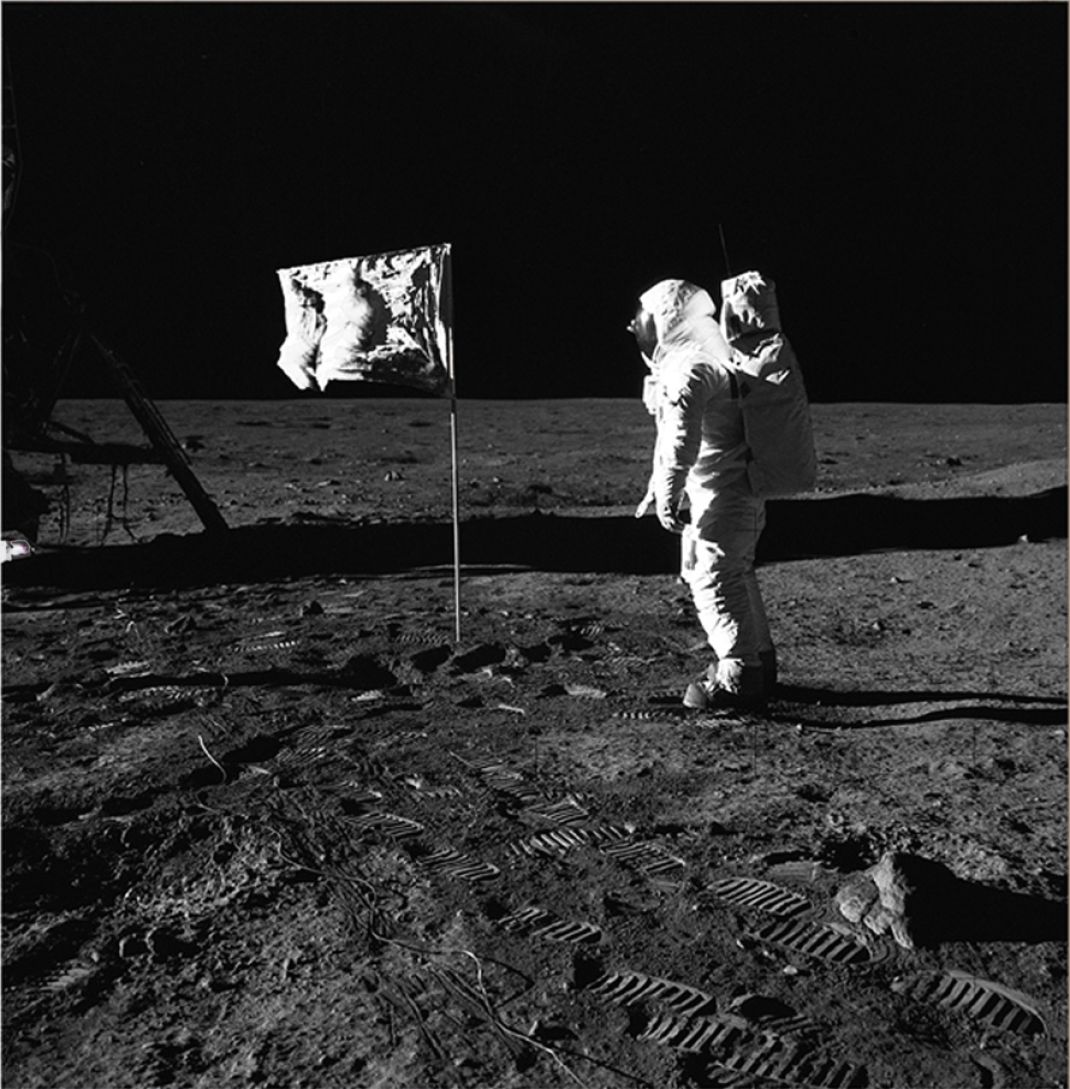 The first U.S. flag on the moon was deployed by Apollo 11 astronauts Neil Armstrong and Edwin Aldrin during their historic moonwalk. The flag was seen worldwide live on television.

Gene Cernan was the last man to step on the moon.

Since the atmosphere of the moon is tenuous, the ultraviolet light from the Sun is so intense that it must have faded the colours of each flag shortly after it was planted. What is supposedly left is a white flag standing.

However there are no images documenting this since no one landed at the same landing site ever again and there are no satellites yet that can capture such detail.