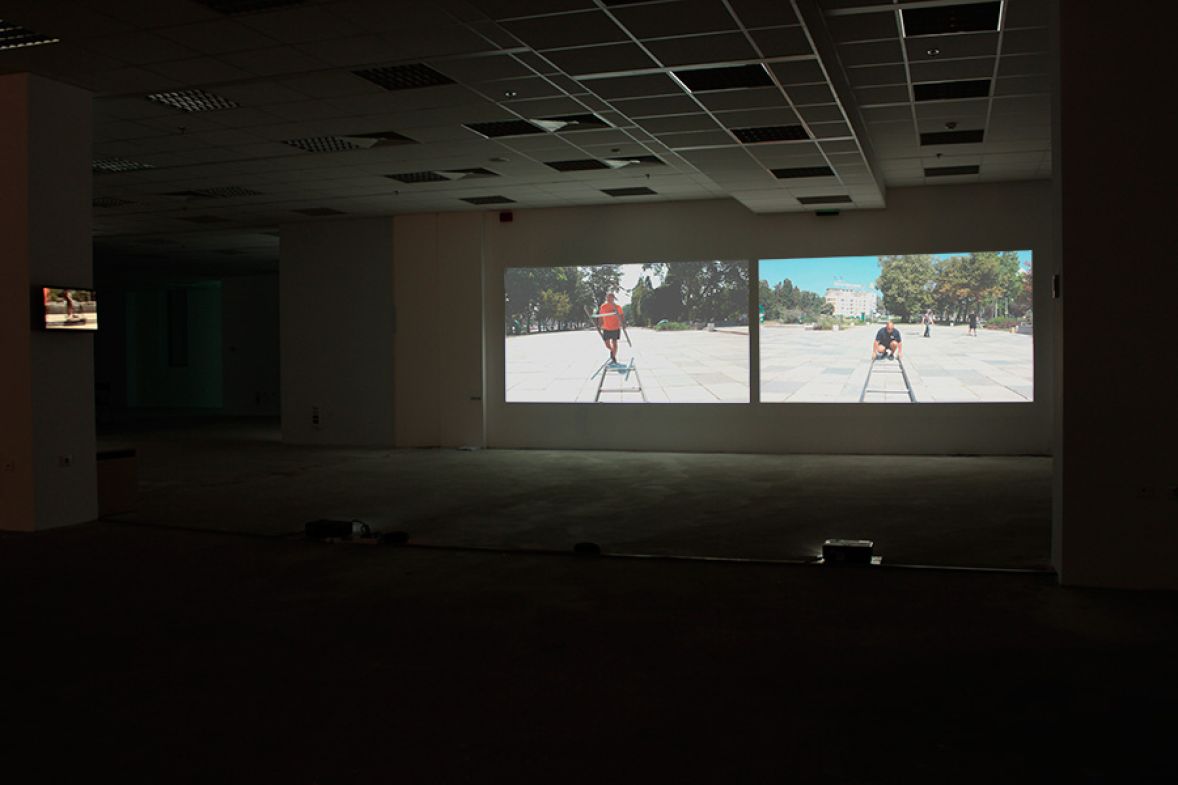 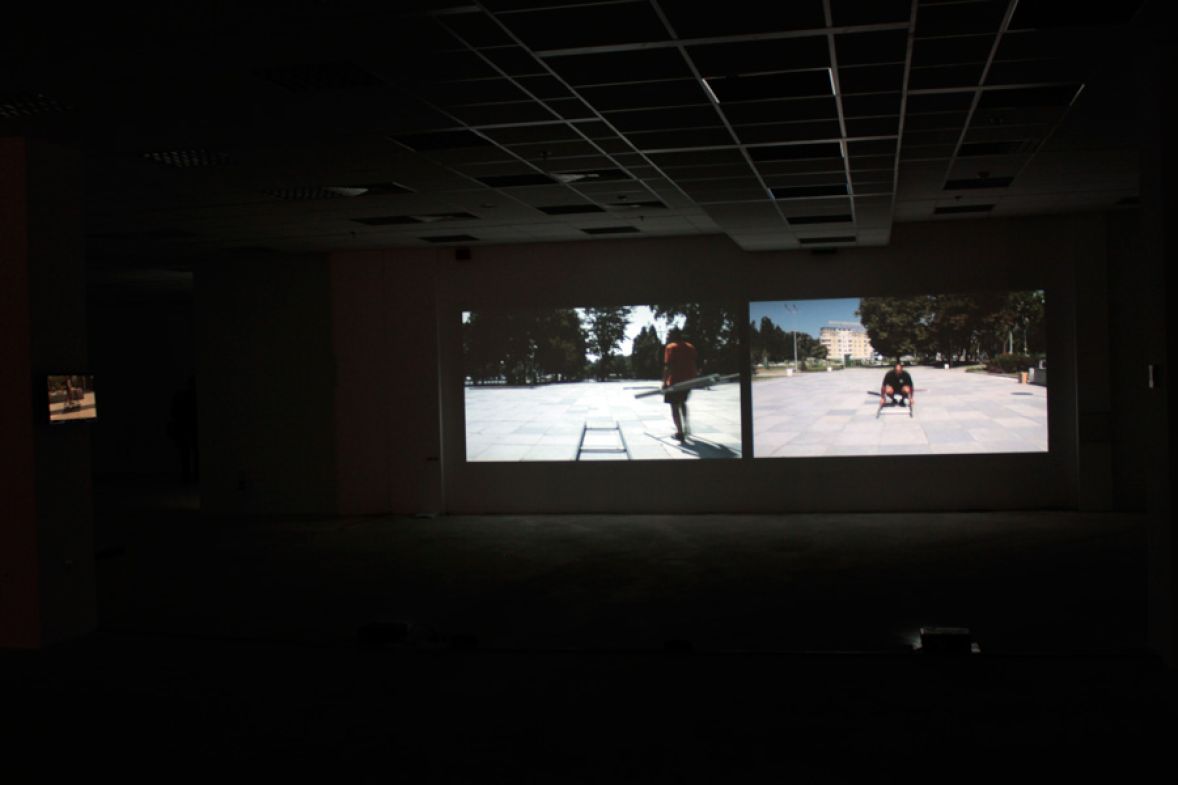 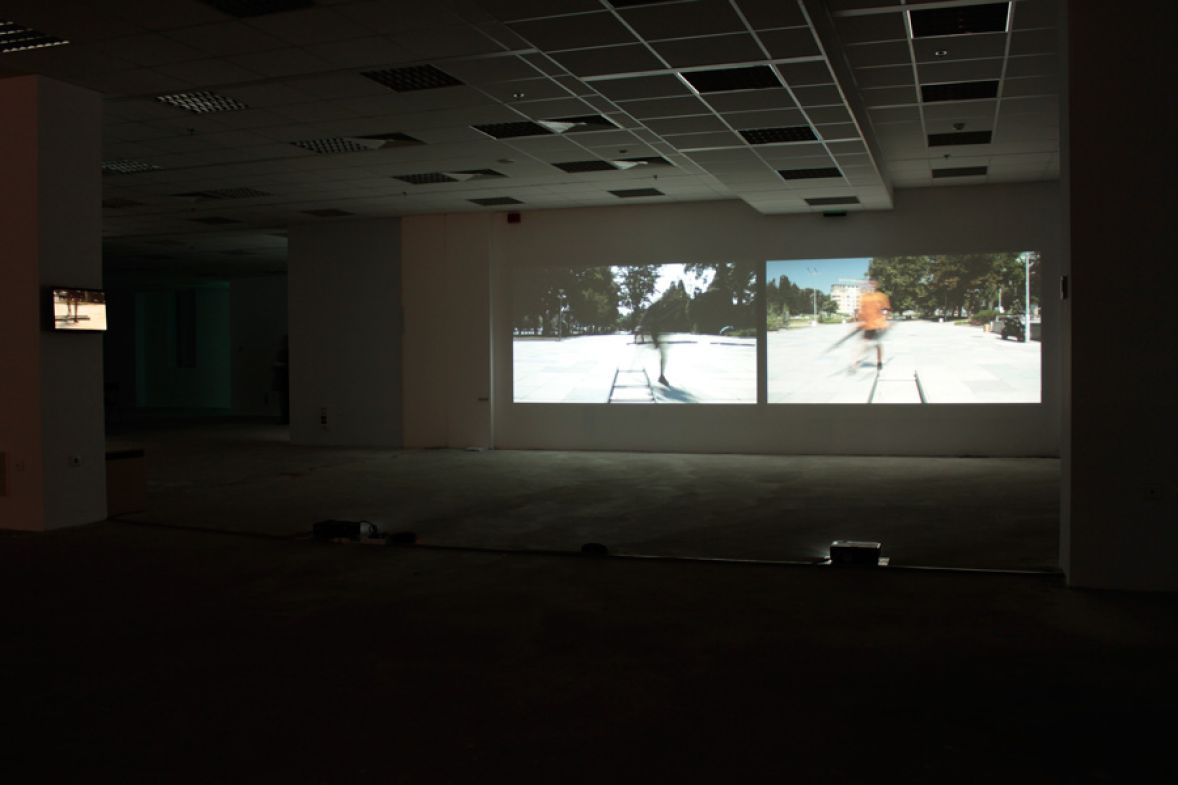 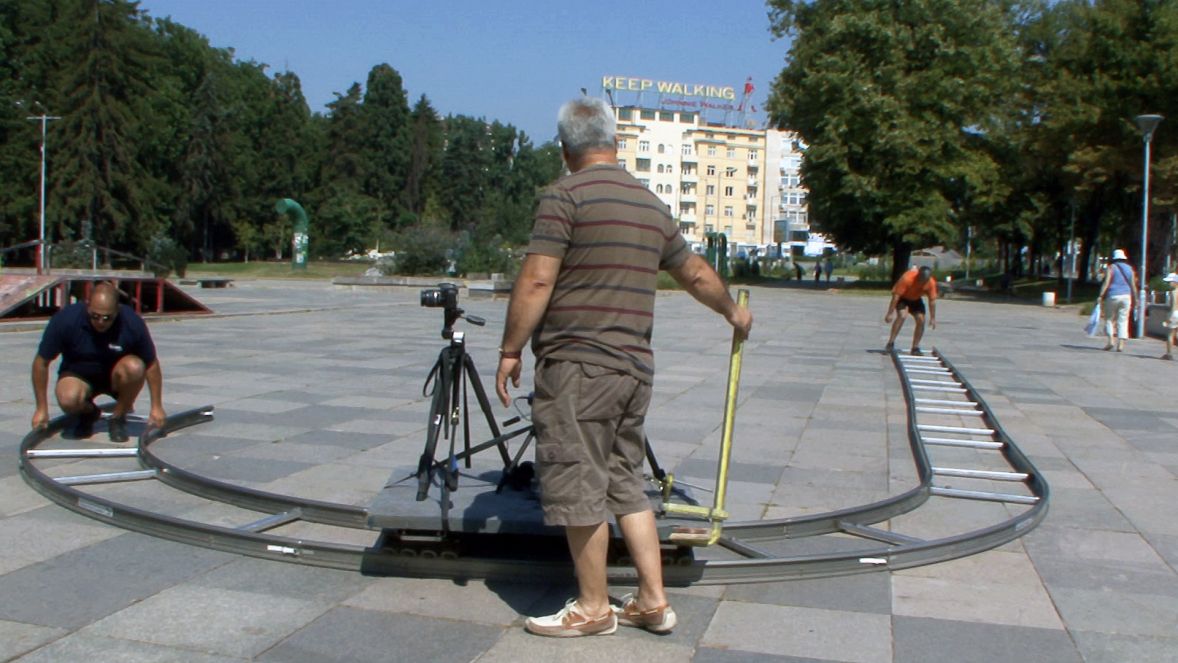 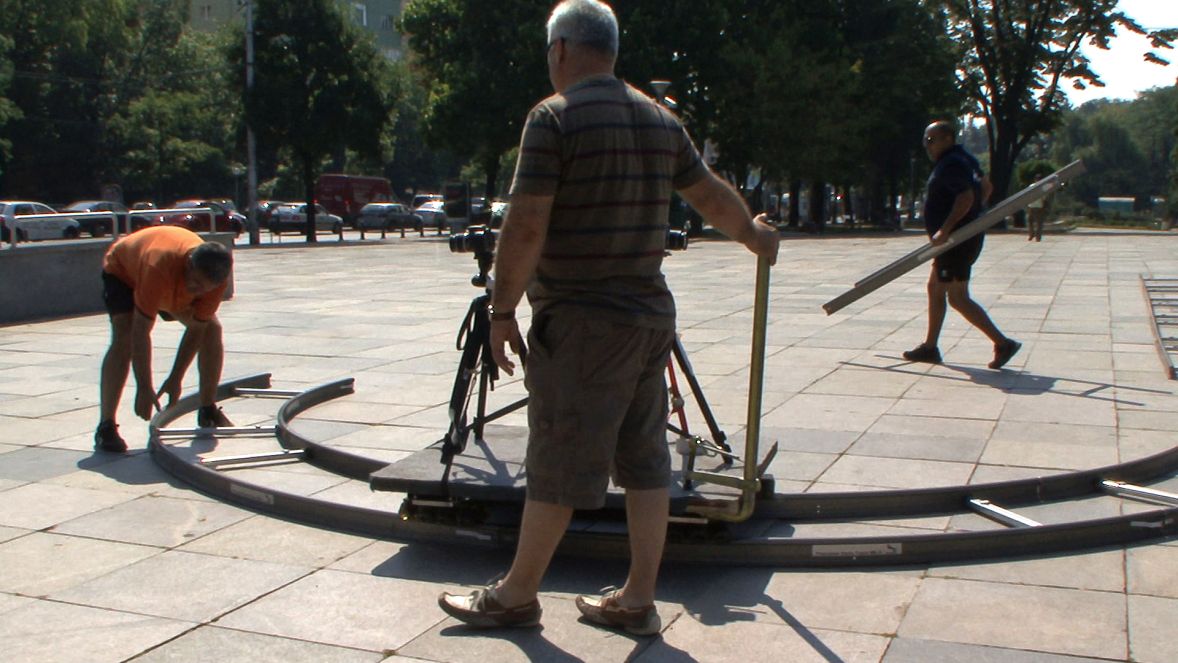 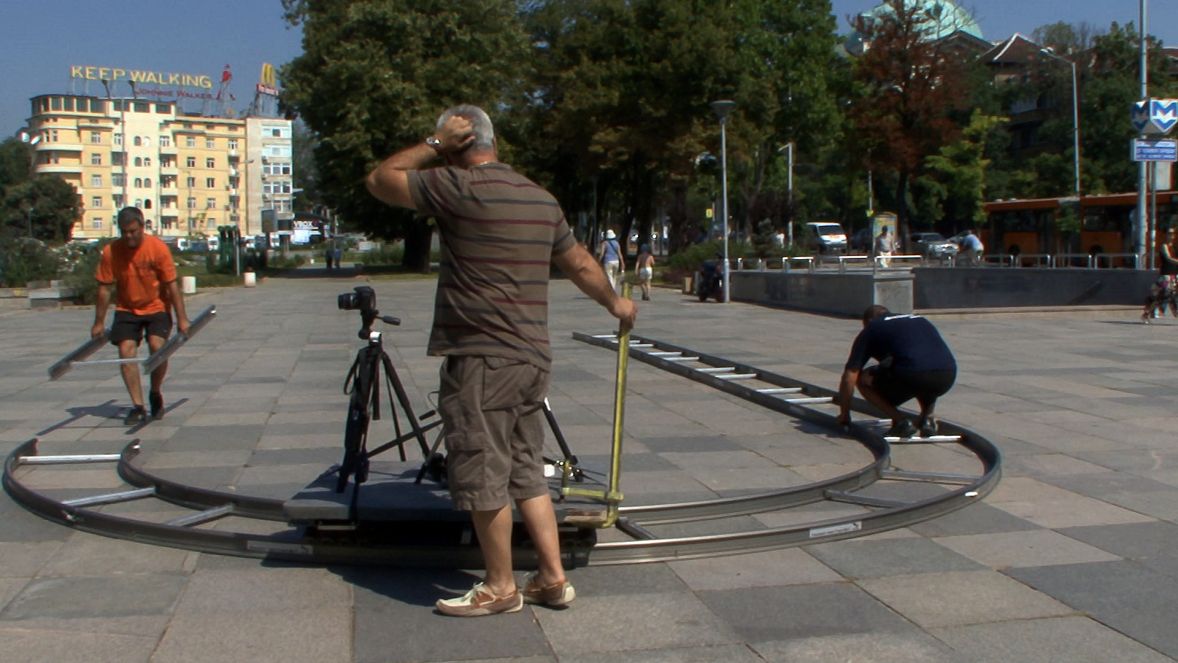 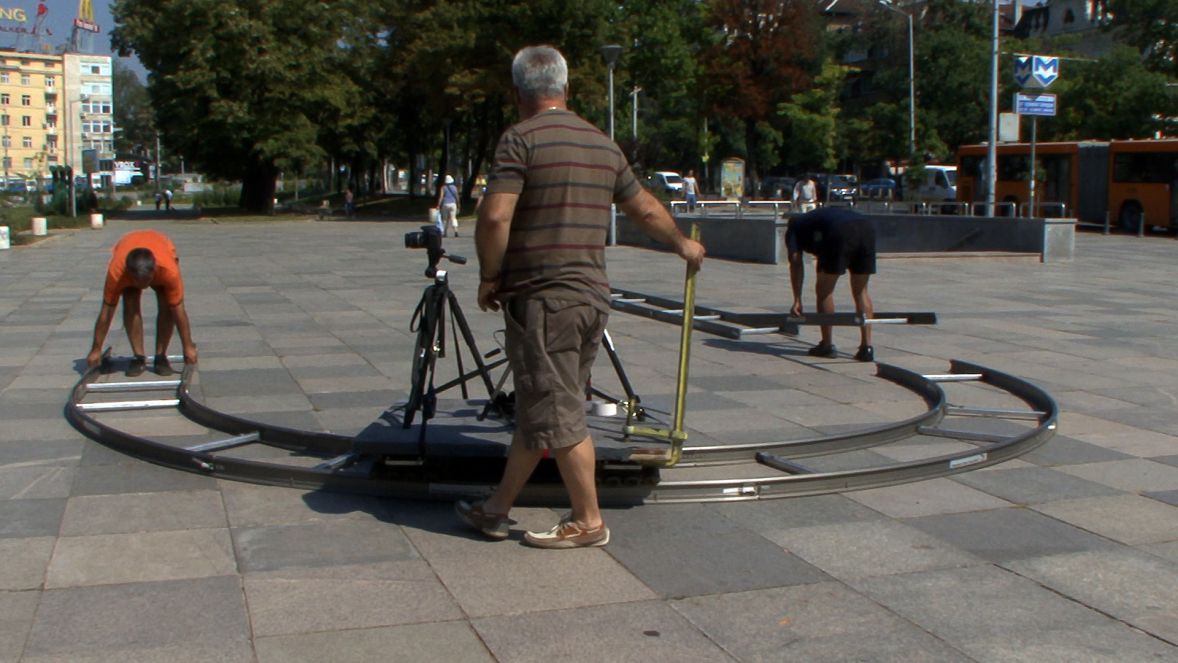 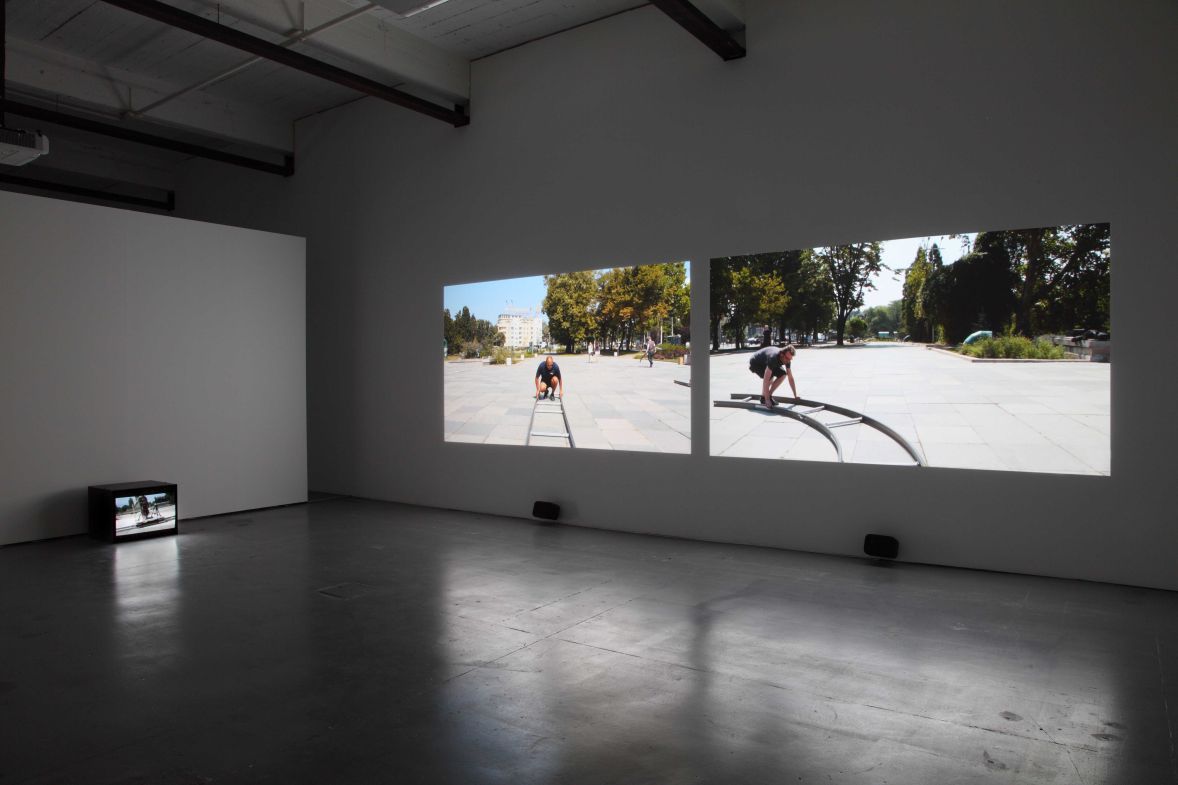 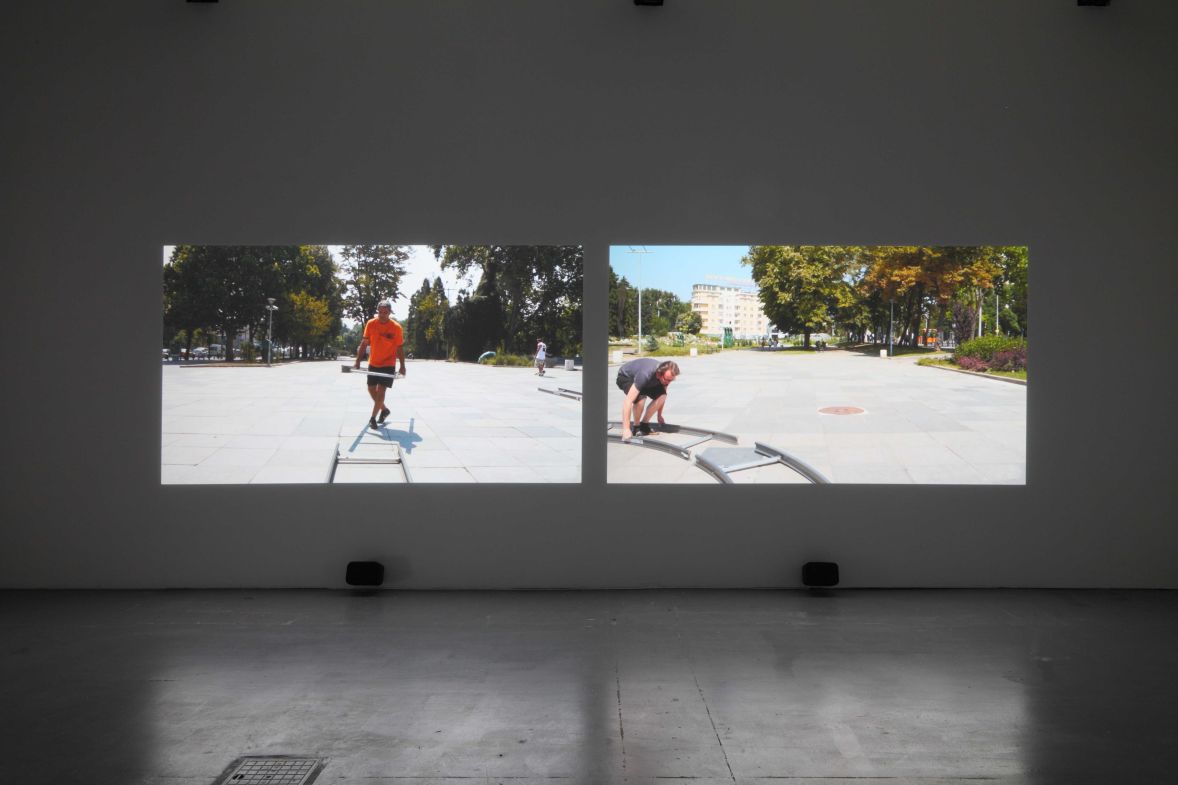 In motion picture terminology, a tracking shot is a shot in which the camera is mounted on a camera dolly, a wheeled platform that is pushed on rails to realize the movement of the viewpoint in the shot. Usually that movement is centered on a present subject that is part of the narrative. In the case of (Self)Tracking Shot the shot is centered on the mechanics that produce it. A shot, enclosed in the trajectory of its own movement.

Two cameras are mounted on a dolly: one pointed in the direction of movement; the other pointed to the back. The rails on which the dolly travels are limited number of modules, mounted to each other to create a curve of the movement with a certain length. A team of three grip assistants have the task to provide continuous movement forward despite the limited number of rails. That is achieved by permanent unmount of the rail that is left behind the platform and mount of the same rail in-front of it.

The two cameras document the efforts of the team in mounting the rails infront and unmounting them behind the platform against the background of the changing surroundings and occasional passers by.

Commissioned by Unlimited/Mtel Award for Contemporary Art in Bulgaria 2011