On Crisis with Rhytm 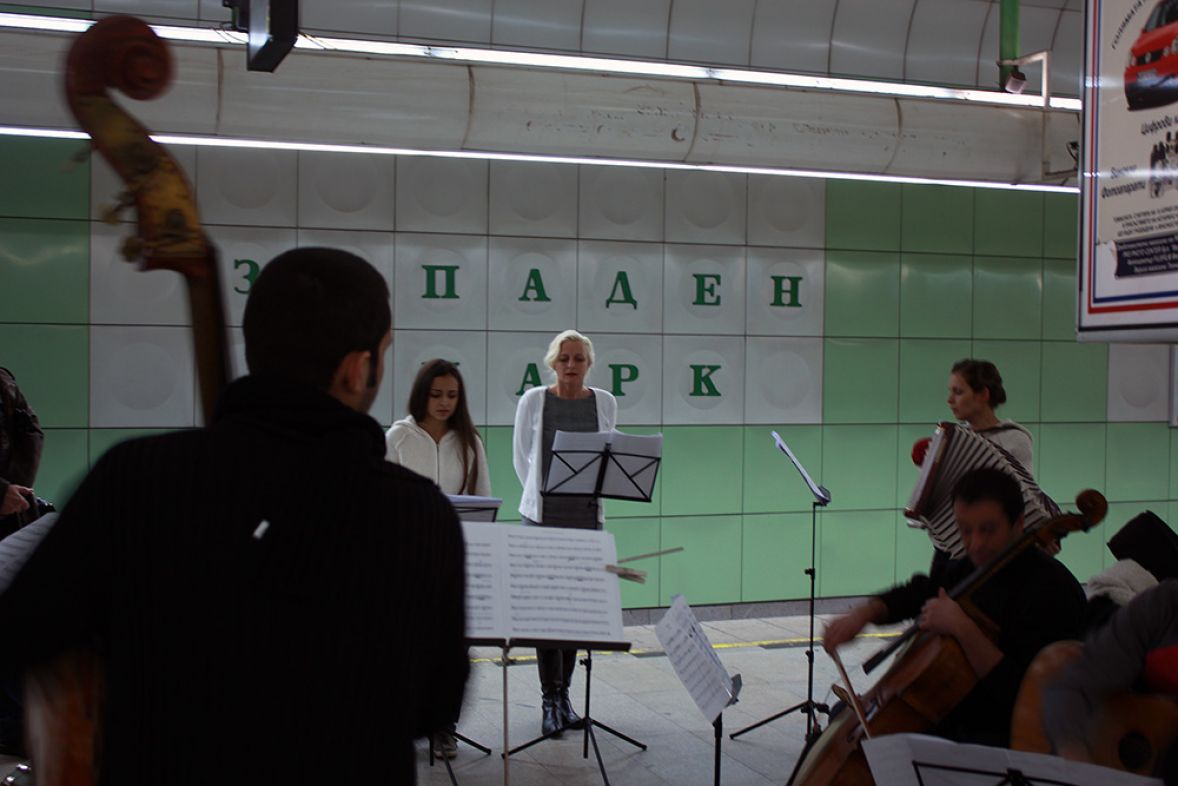 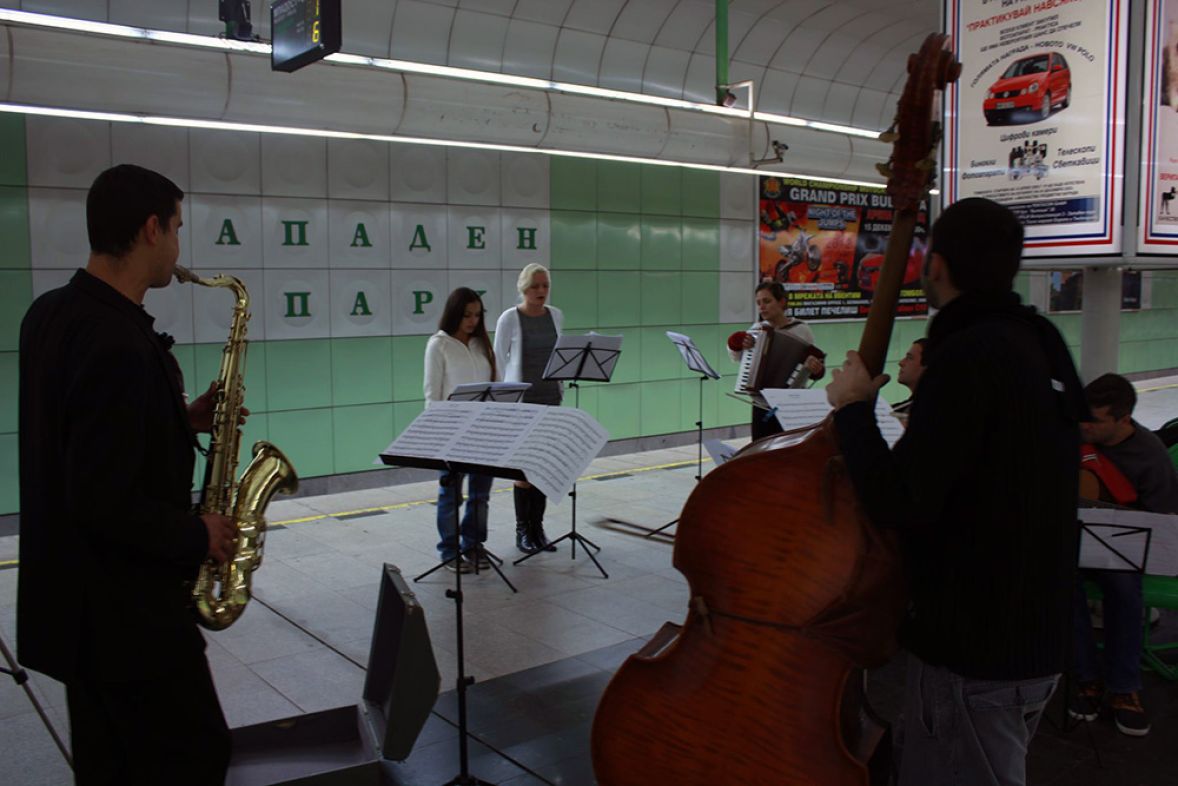 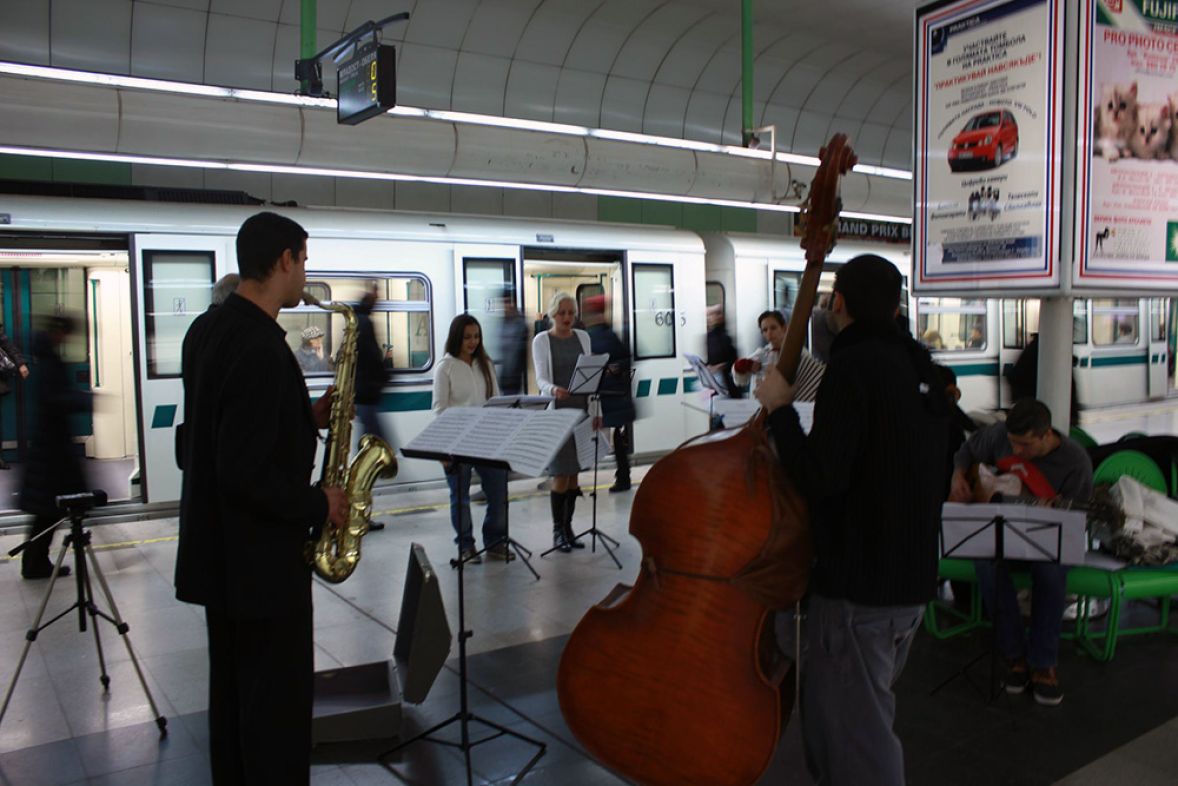 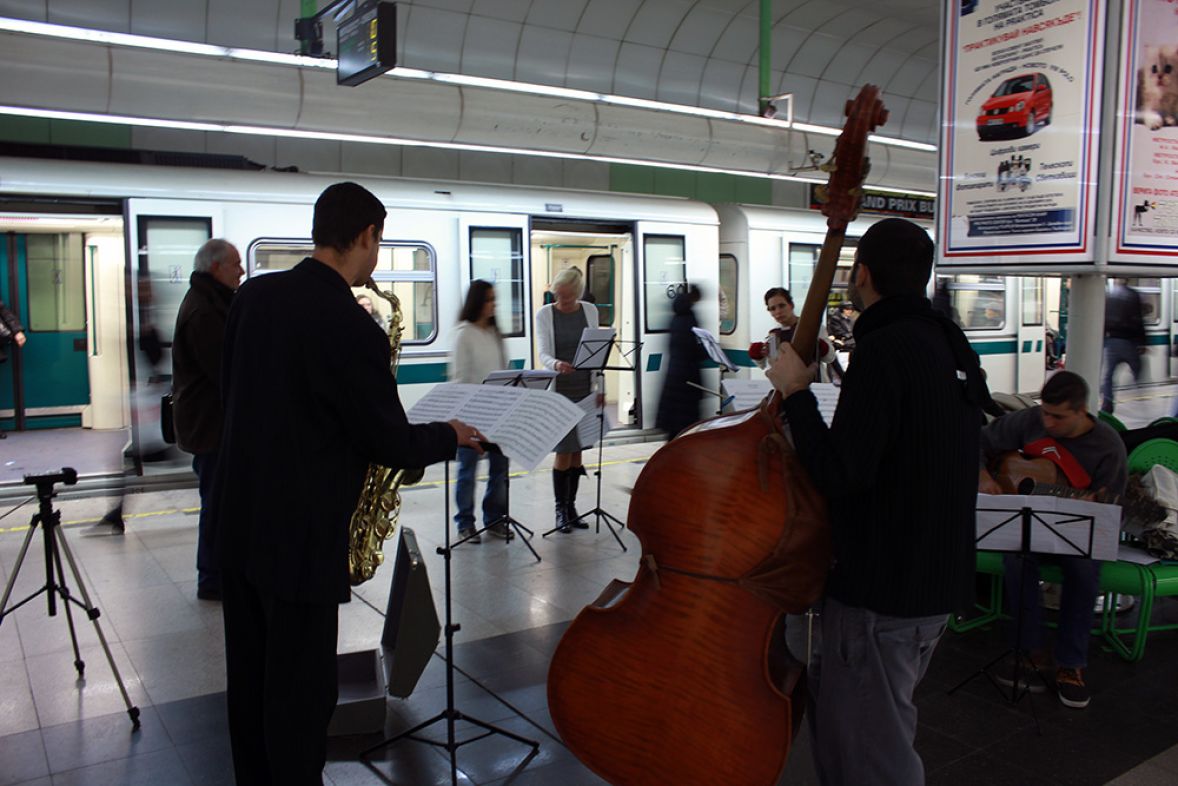 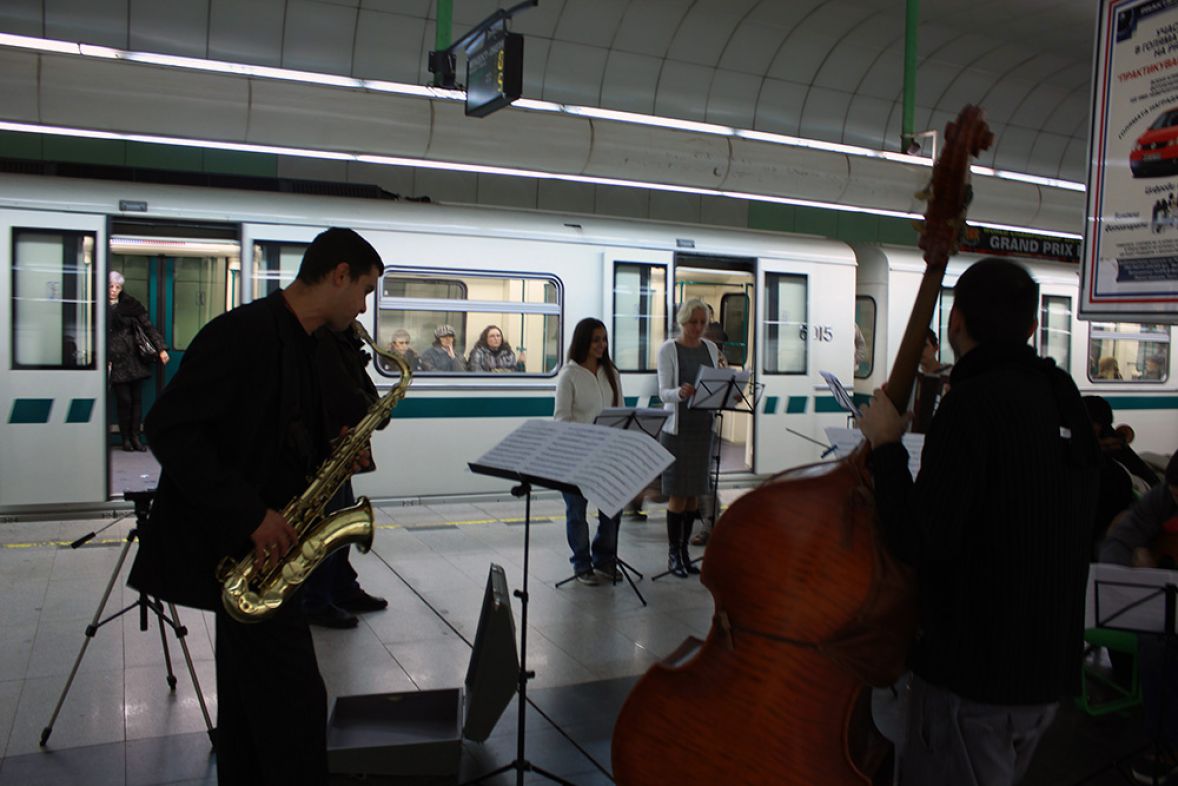 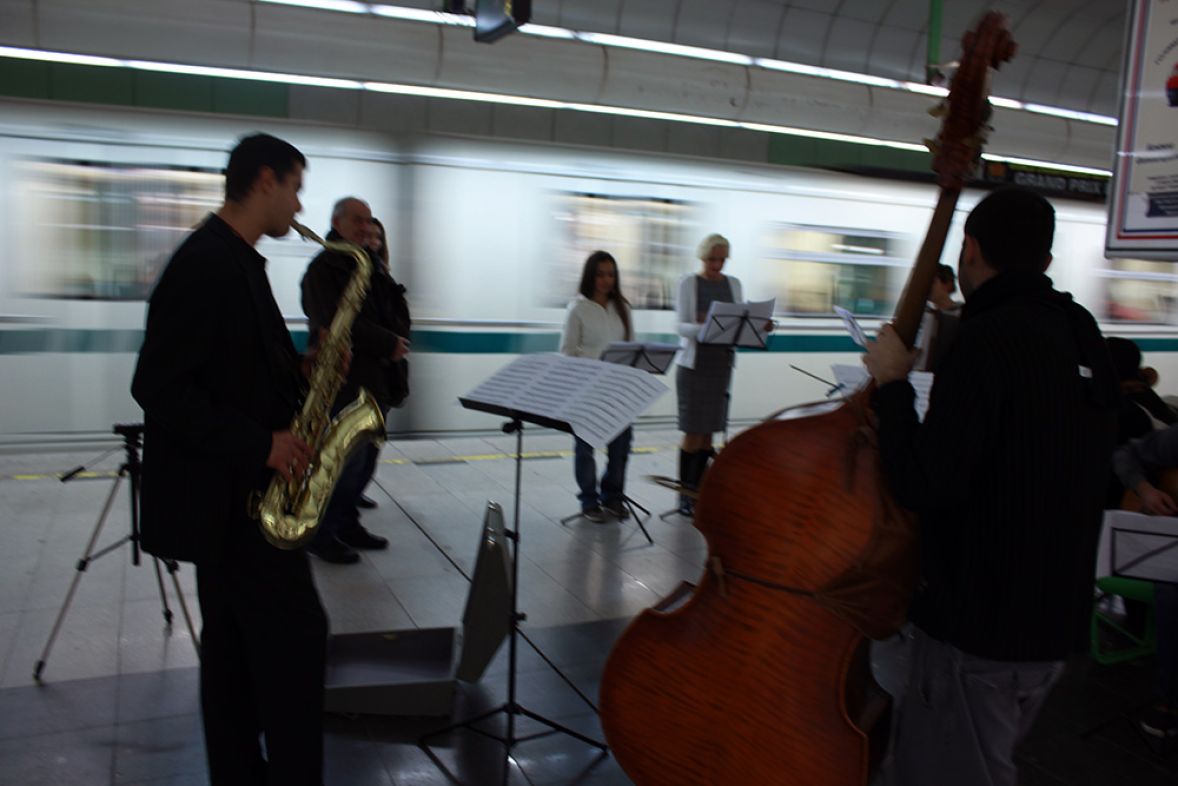 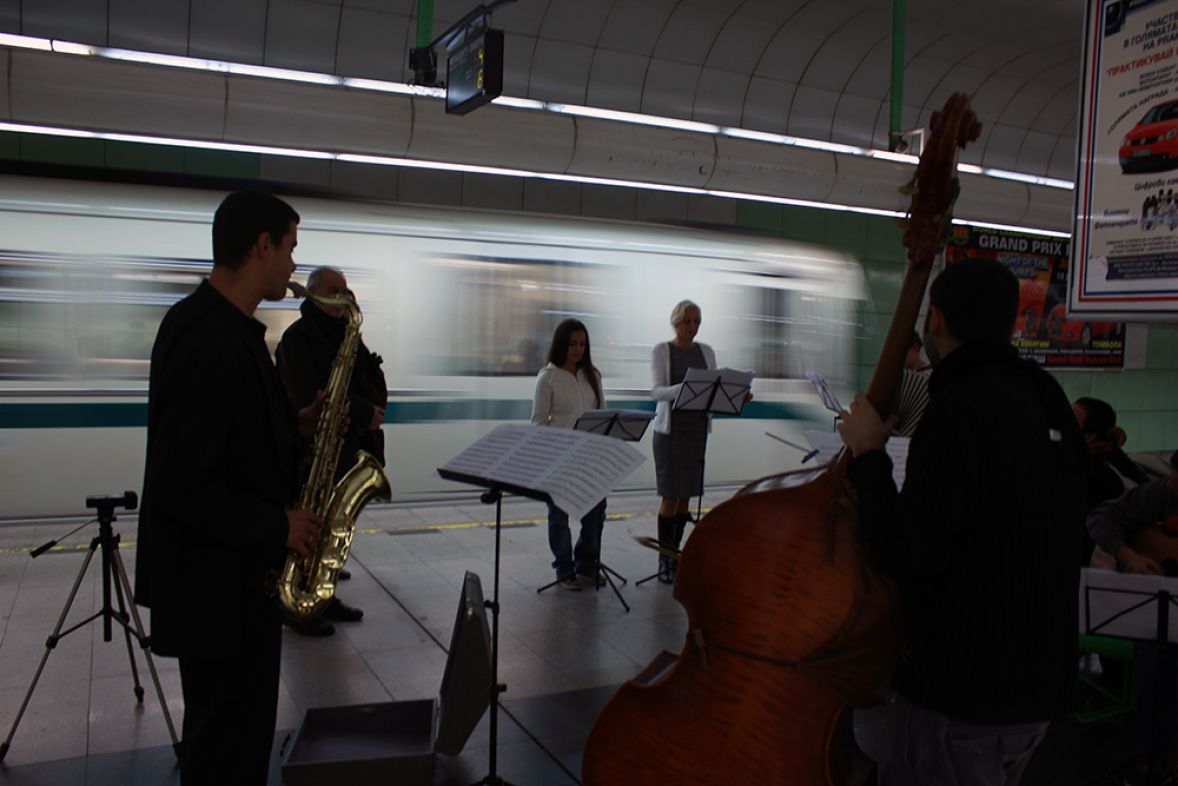 Metro station West Park. An ensemble of music performers gathers at the station at a certain hour of the day to perform a score with a plot: the epic events of the last world financial and economic crisis from 2008-2012.

The libretto follows the events that, although from a distance, we witnessed in the last four years: the collapse of the real-estate market, followed by bank failures, followed by political crises, national economies in turmoil, acts of national and supranational institutions, etc. In the centre of those events circulate invariably amounts of money scaled up to unimaginable level of abstraction.

The tension between the highly aestheticized form and emotional charge of the live music performance and the dispassionate abstract language of financial reports shapes the project.

Commissioned by "For the People and the Place" Festival for Art in Public Space in Zapaden Park. Project by Credo Bonum Foundation and Sofia Municipality