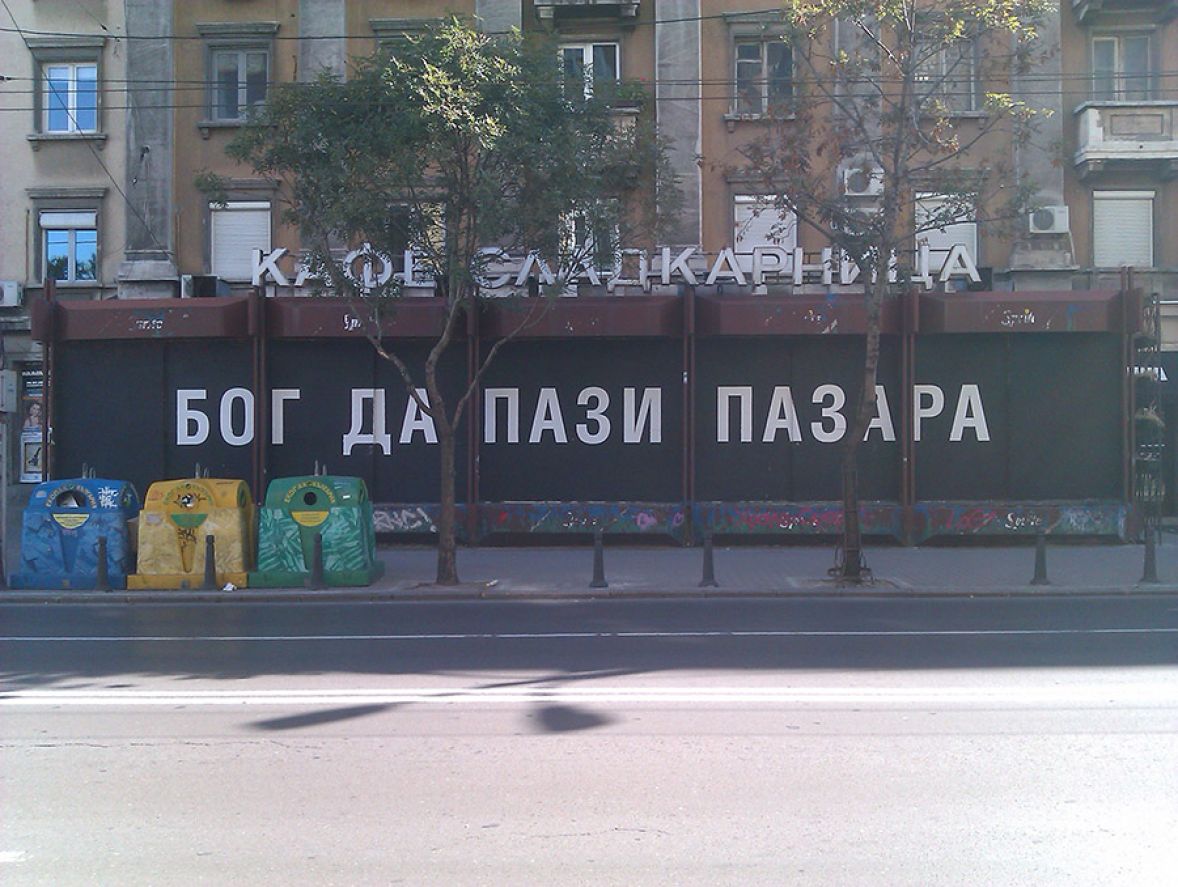 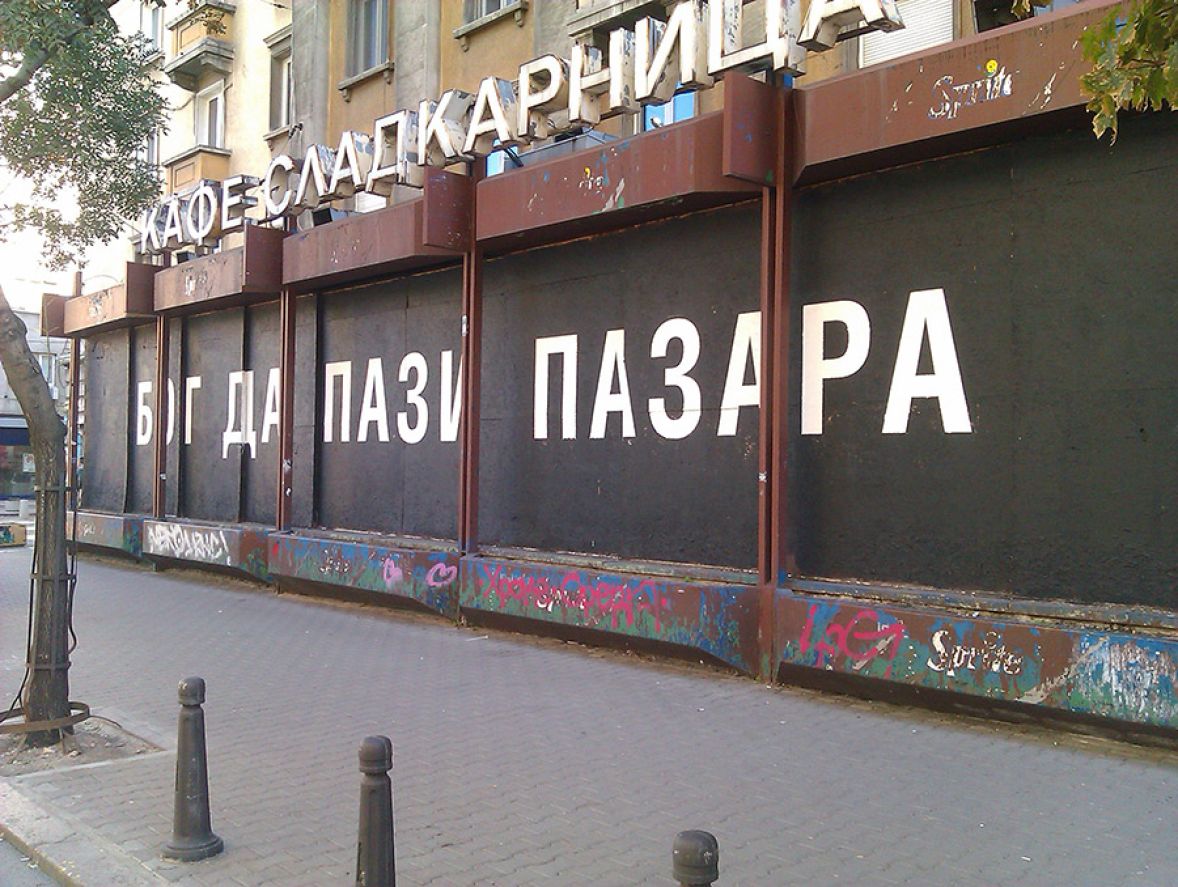 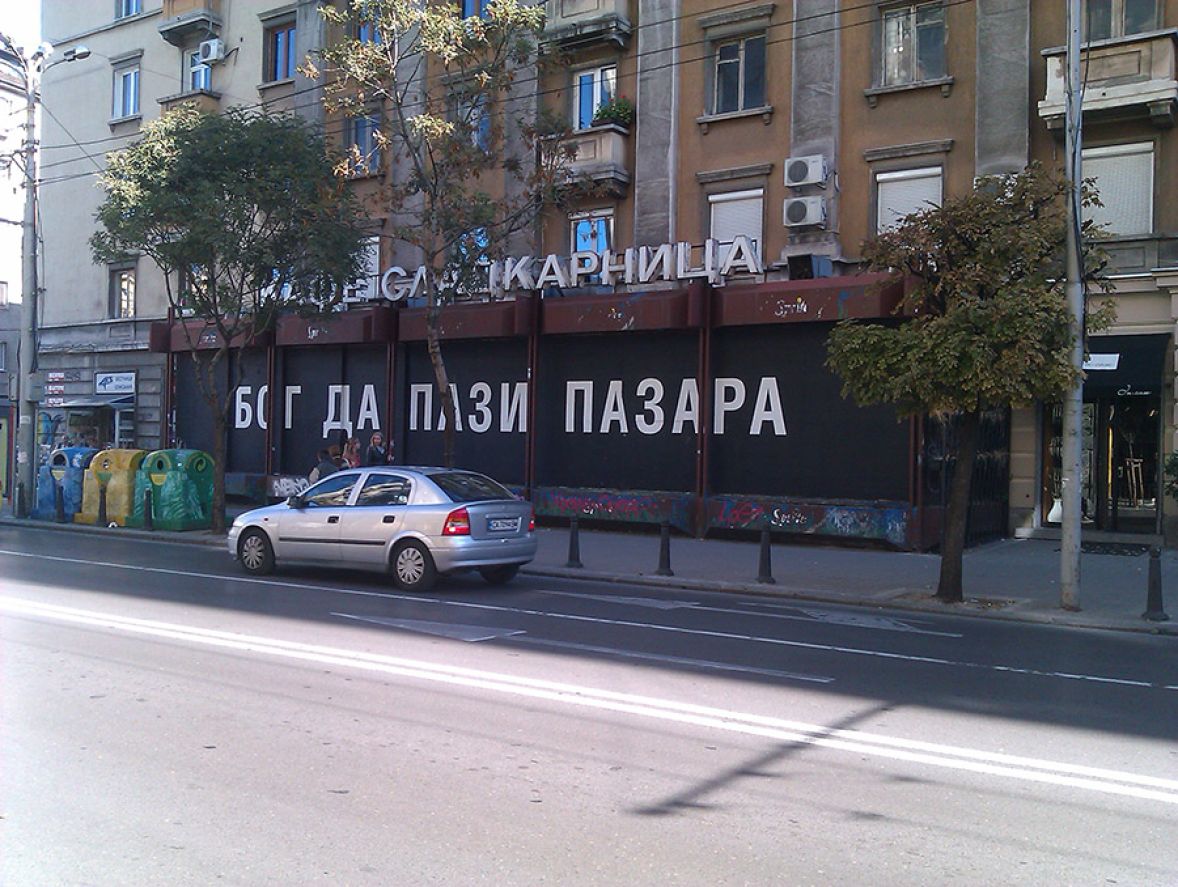 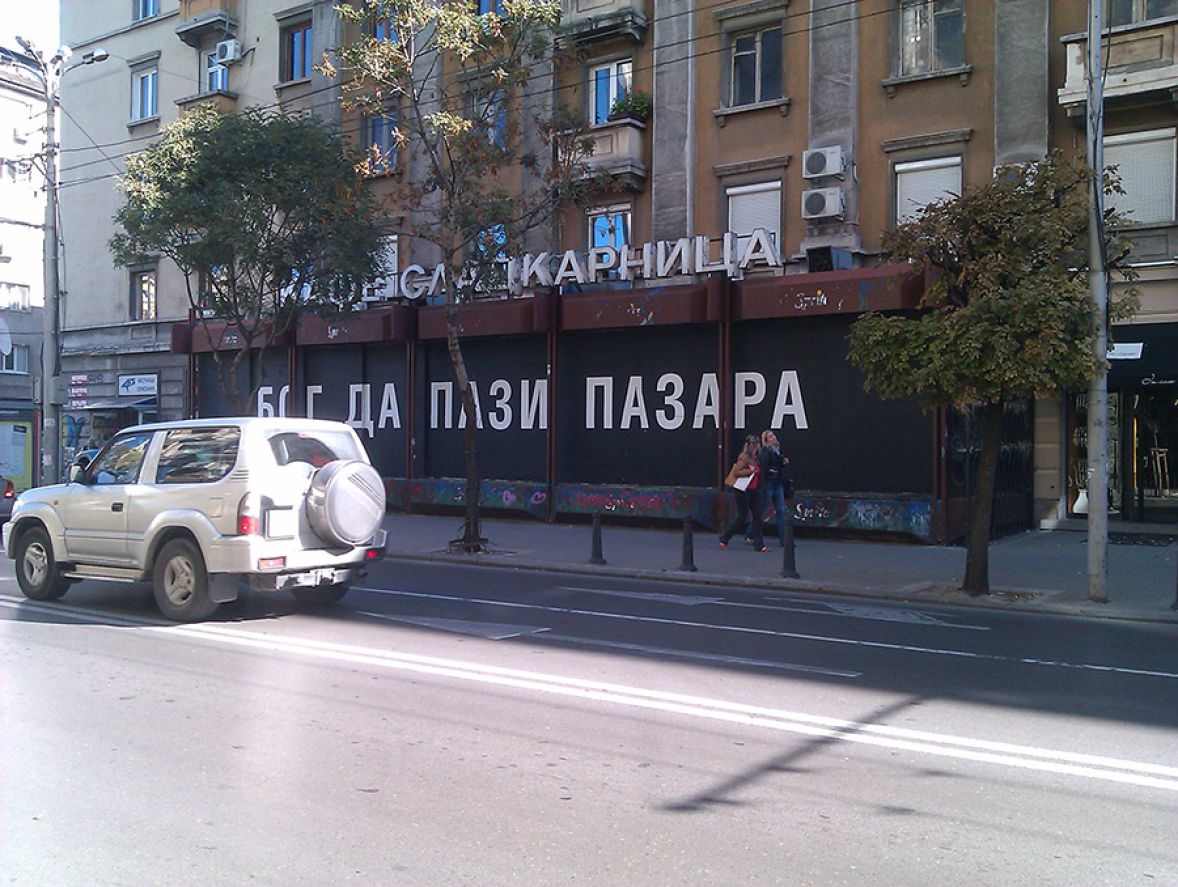 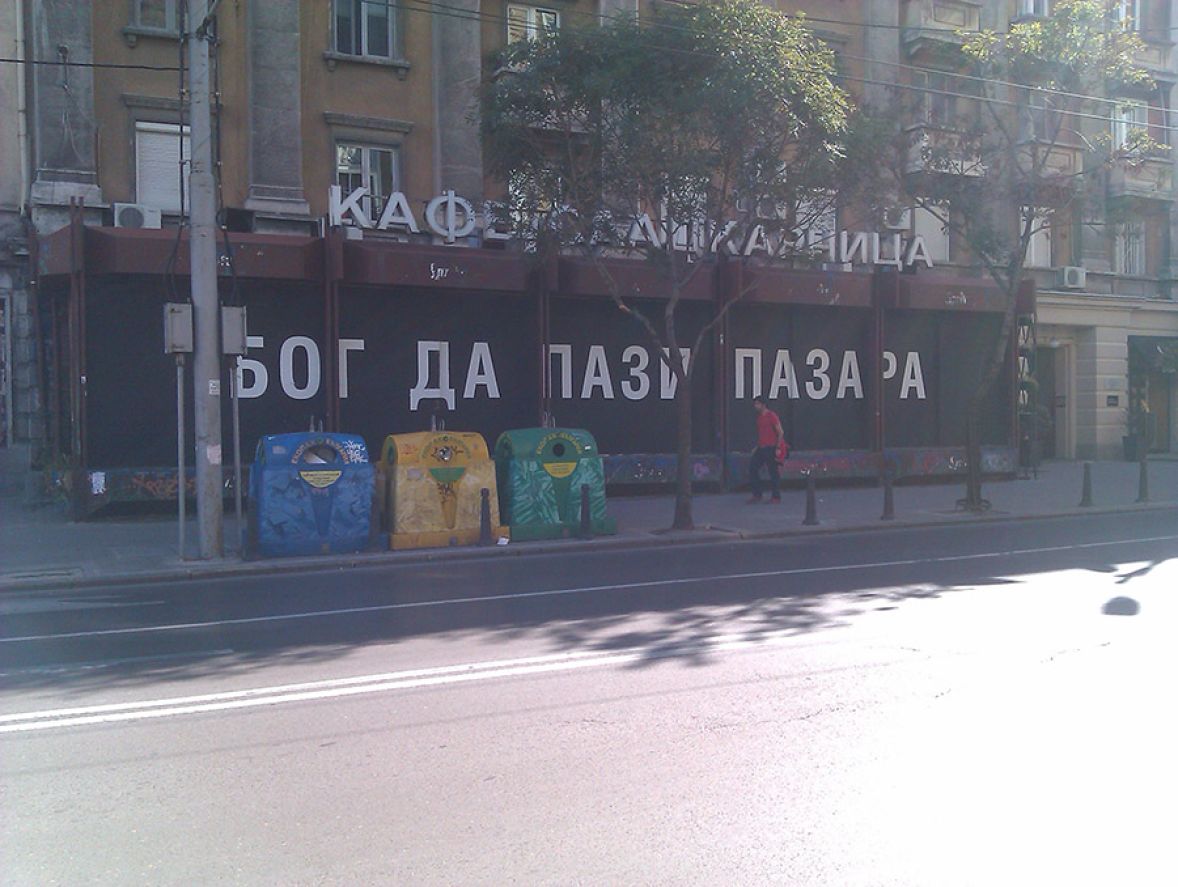 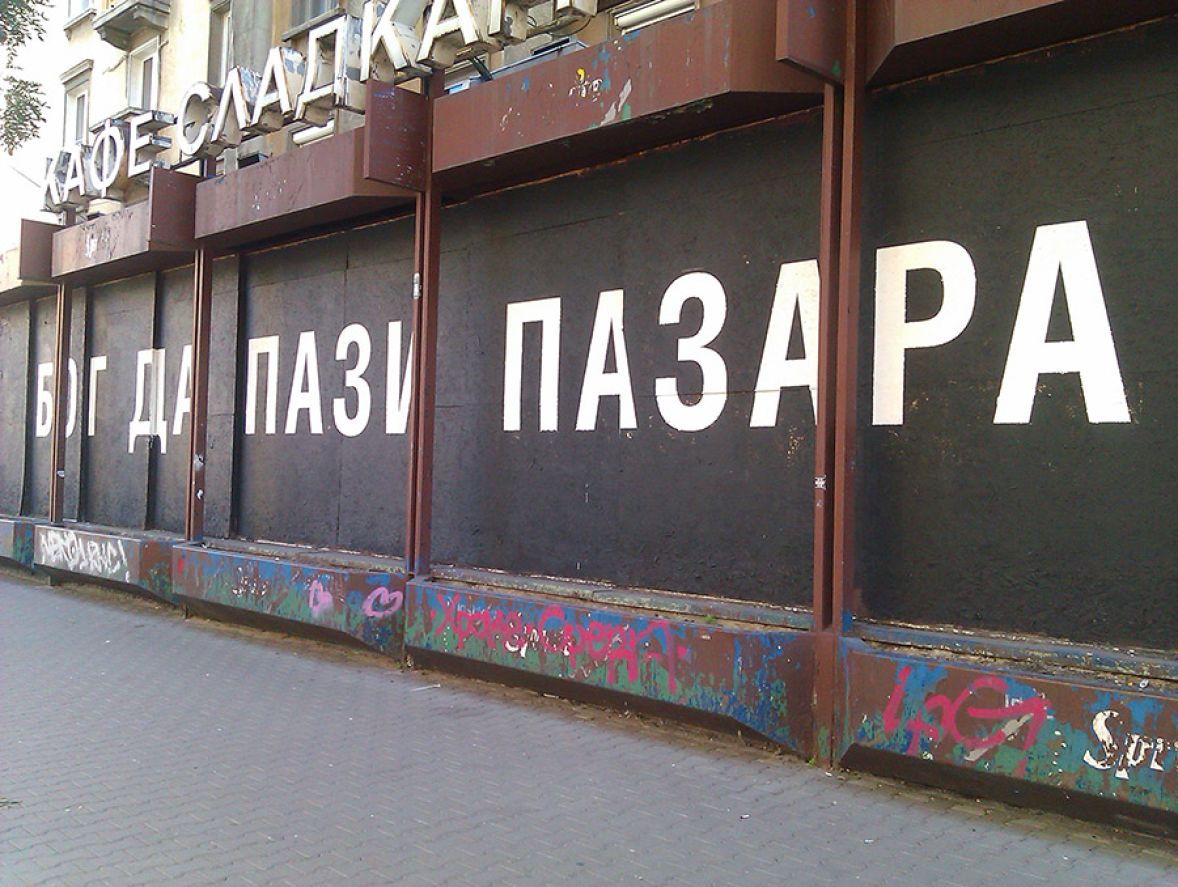 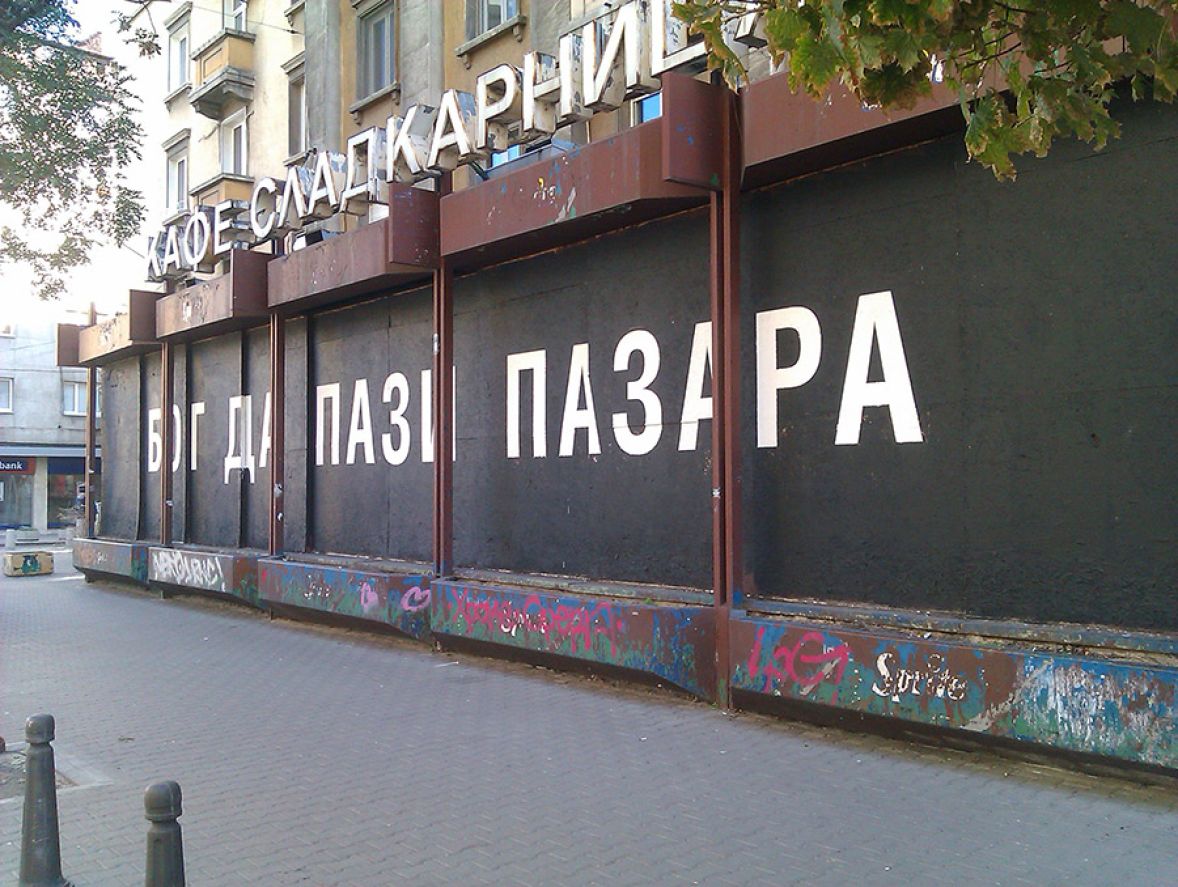 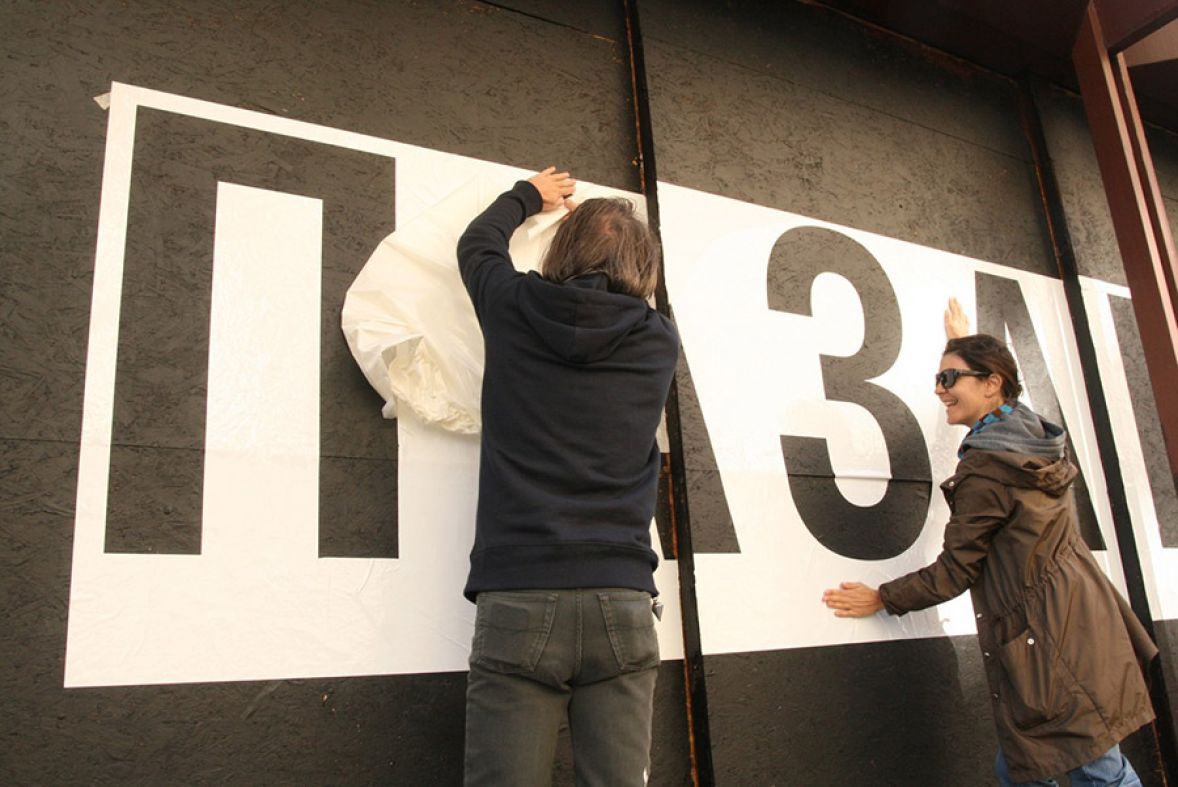 The intervention in public space God save... is a white text stenciled on the black background of the facade of an abandoned restaurant in the center of Sofia. The text reads "God save the Market". The work is part of series placing a critique of the Global Financial and Economic cryses from 2008-2012, the market crash that played an apotheosis of the Neoliberal turn as fars.

part of the programme of outdoor interventions in public spaces in the frames of Sofia Contemporary festival 22.10 - 11.11.2012, 145 G.S.Rakovski Str., Sofia