Between Flashback and Déjà-vu 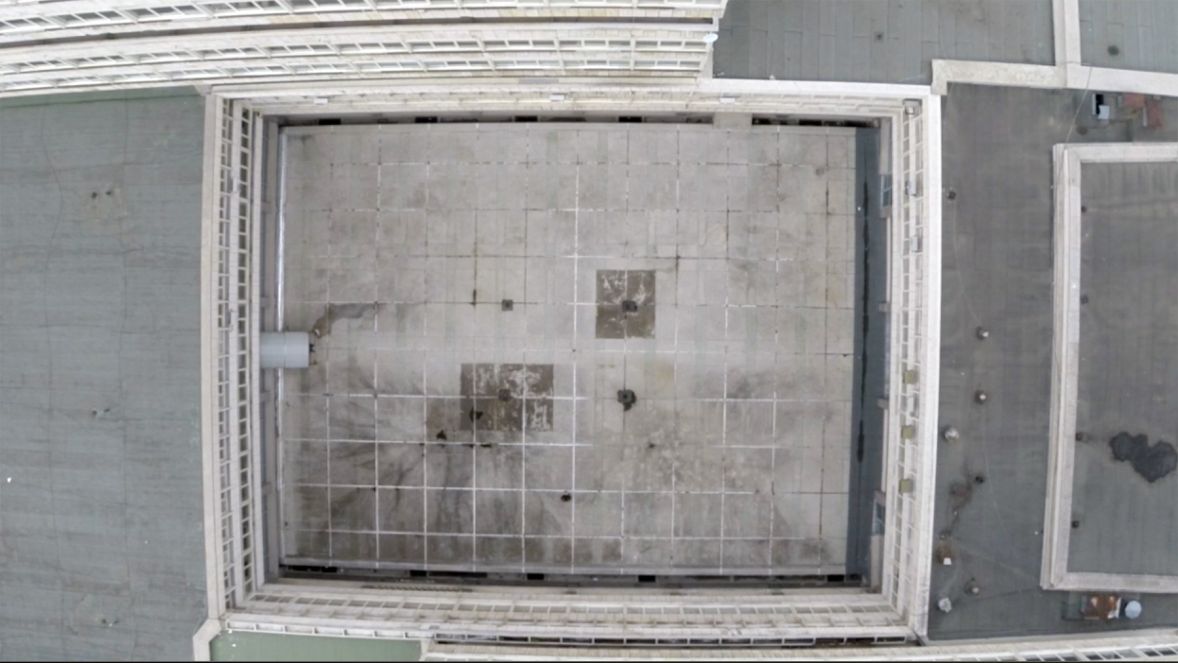 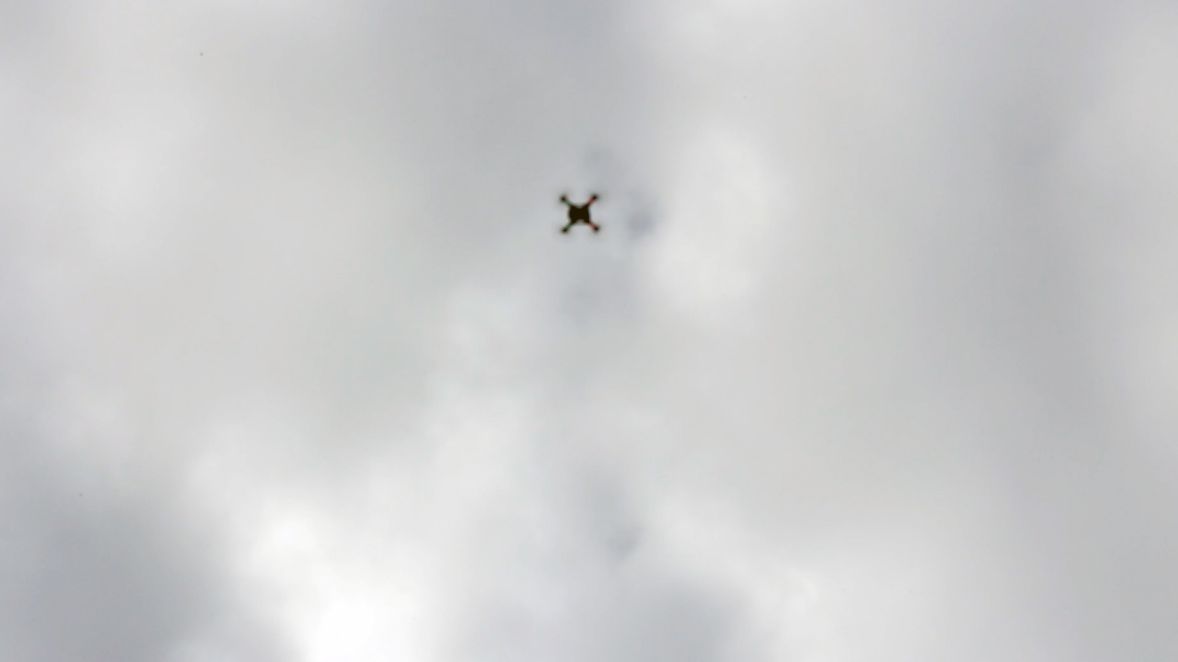 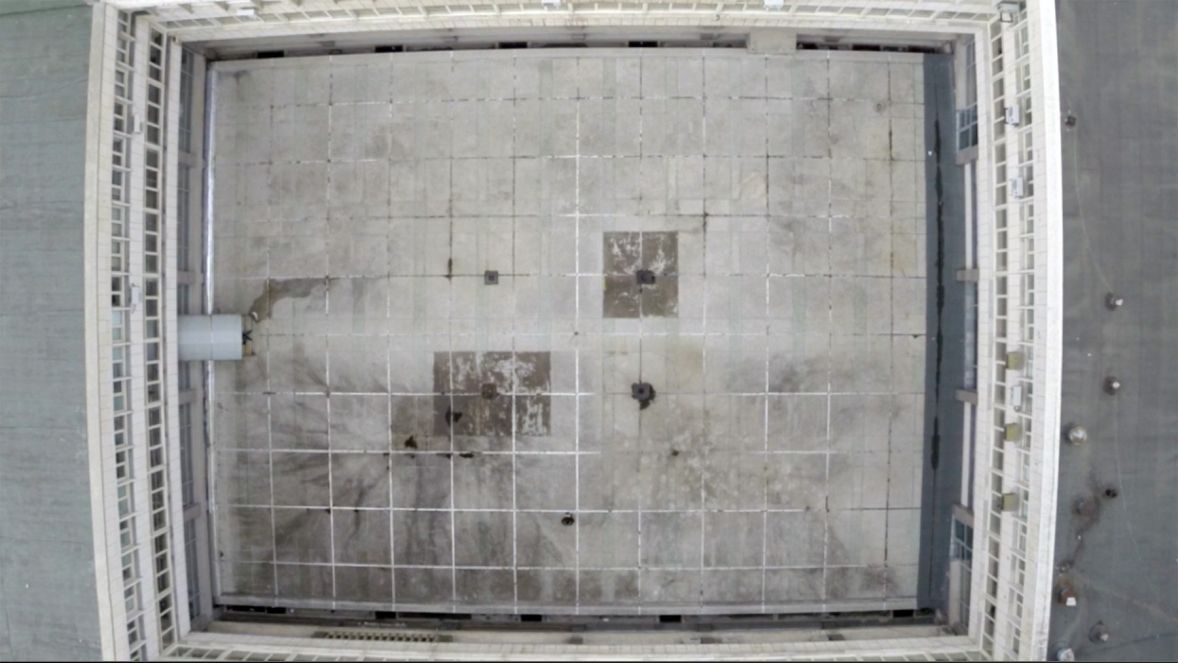 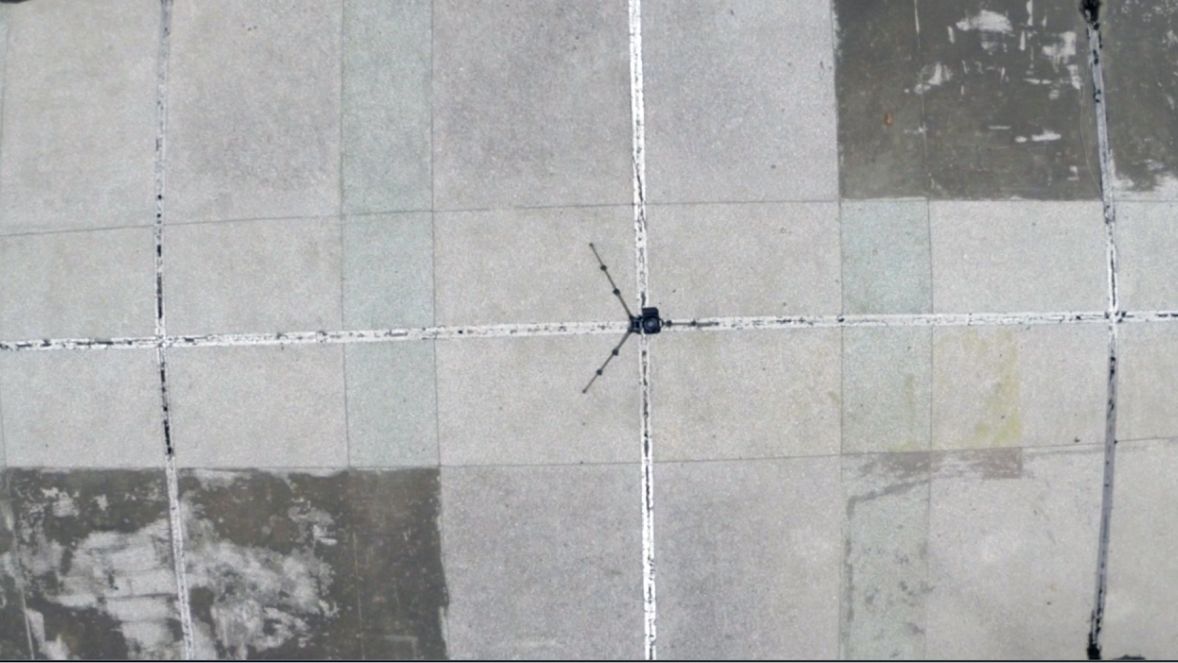 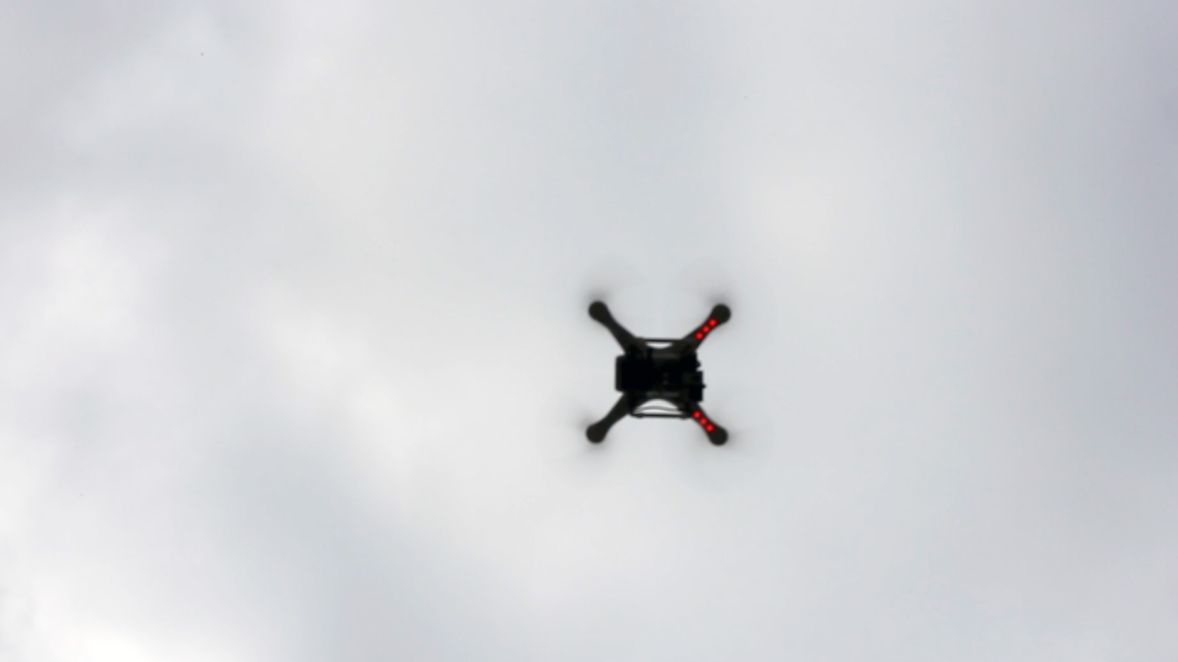 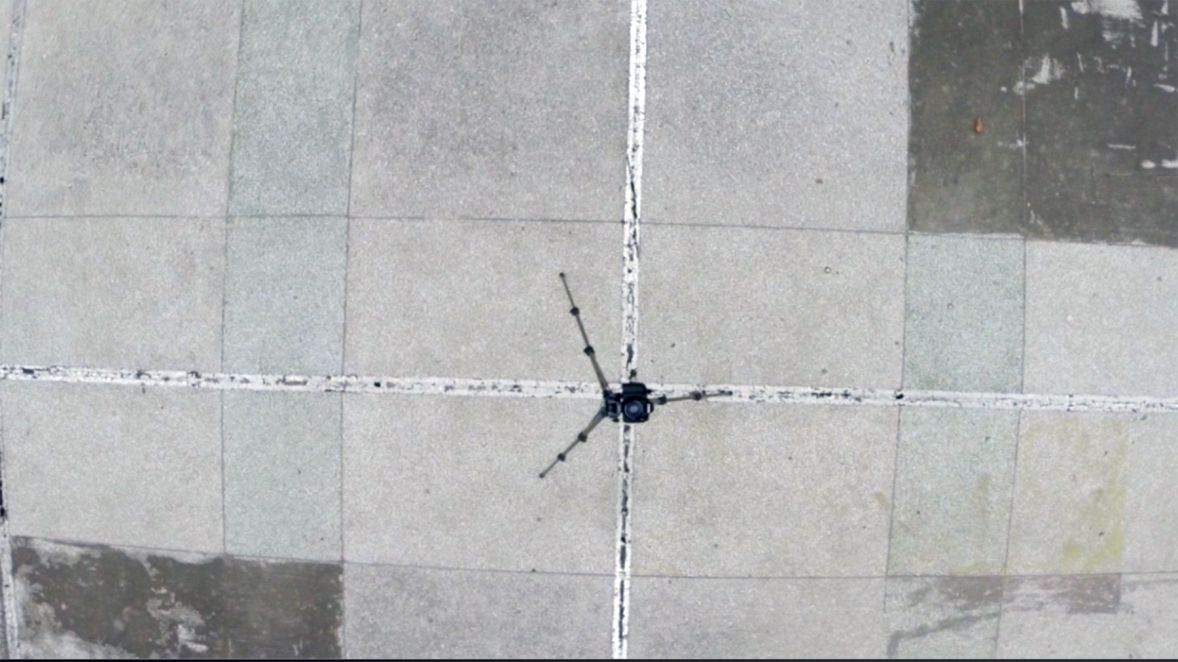 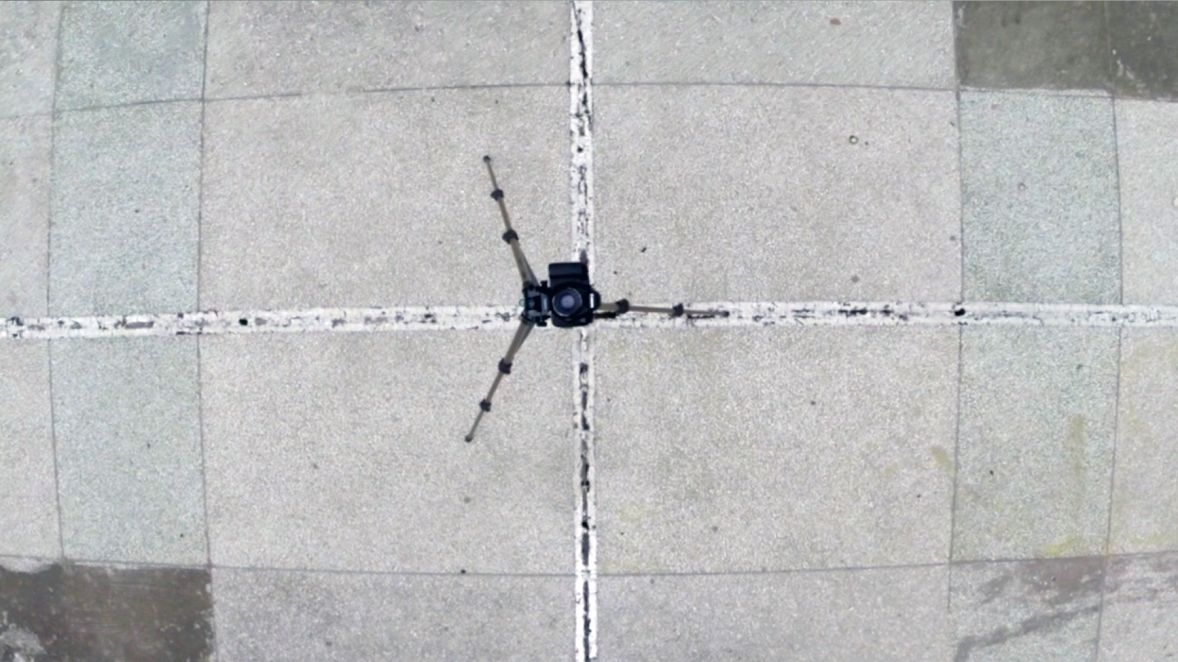 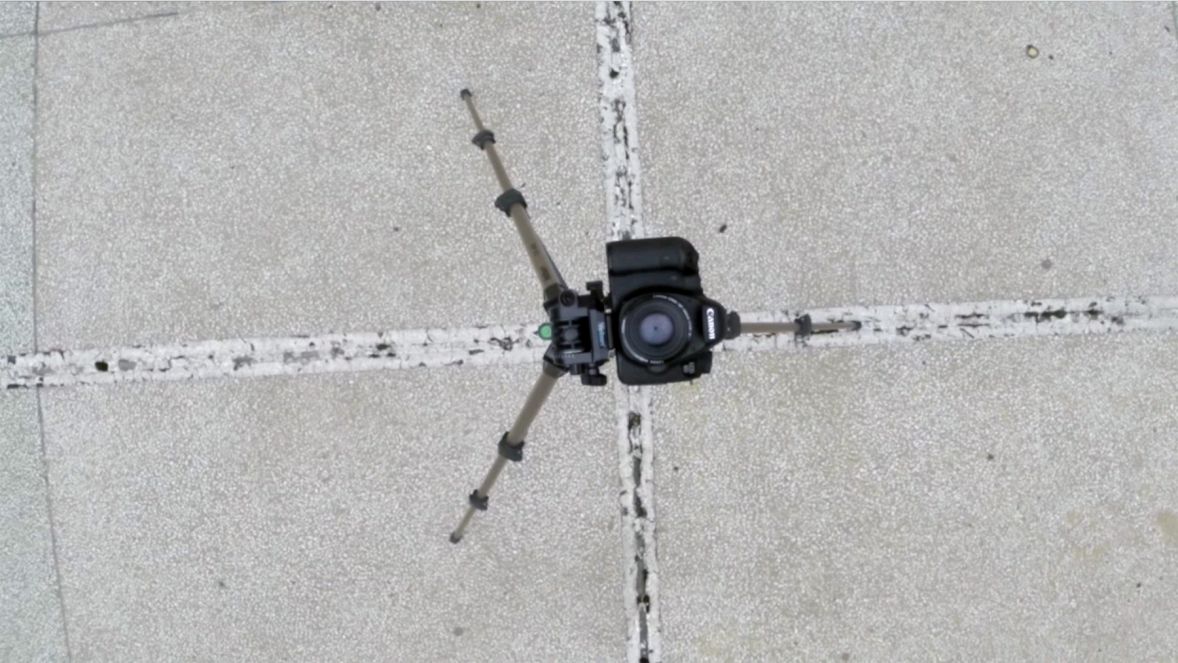 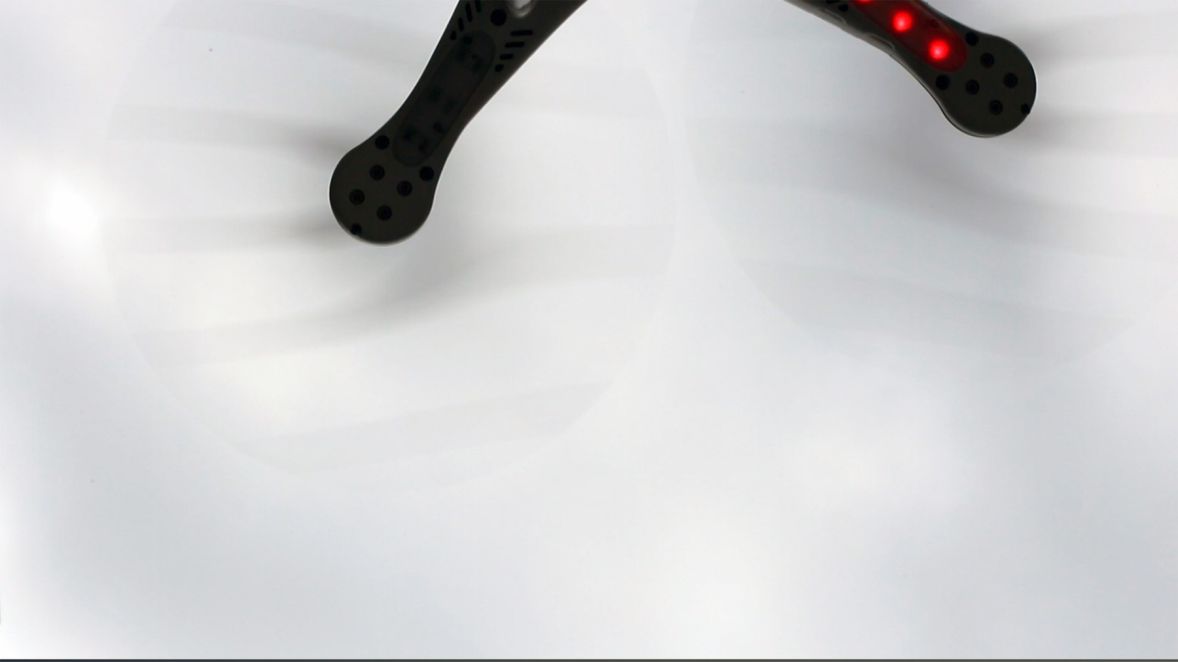 "[...] However, before I was completely carried away, I got attracted by a strange truncated noise from the neighboring hall - a glazed atrium. There are a dozen of works - hanging on the walls and on two standing podiums. The noise comes from an old TV, located on the ground at an angle of 45 degrees so that the square frames of the glass ceiling reflect perfectly in the screen. This is hardly done on purpose, but I involuntarily started to try, by shifting my position, to natch the reflected grid to the grid formed by the joints of the pavement of the courtyard of the University of Architecture (the view on TV that appears from time to time), where the shooting took place. This is the latest video of Krassimir Terziev with the title "Between fleshbek and Déjà-vu" (2015). Two cameras monitor each other persistenly. One, however, is fixed on a tripod and "peers" right in heaven. The second is floating somehow lonely in the air, trying all the time to stay in the visual field of its three-legged companion, standing in the center of the court. In this case the Drone with the camera (from English. drone - sucker, idler) is the active side. It moves, blinks, flutters, endeavor. I would have missed it however if it was not the view of the meditative "lower" camera. [...]"

Samuil Stoyanov. Between past and future. Portal for Culture, Art and Society, Sofia, 04.20.2015 <http://kultura.bg/web/между-миналото-и-бъдещето/>

Two cameras monitor each other persistently. One — turned directly up to the sky, fixed on a tripod, placed in the centre of an internal yard (the University of Architecture in Sofia), while the second, turned down to the ground is attached to a drone that draws a vertical take off  above the spot of the tripod, and landing back, trying to maintain as long as possible the vertical axes of movement. The views from the two sources alternate with various frequency in the process of editing.