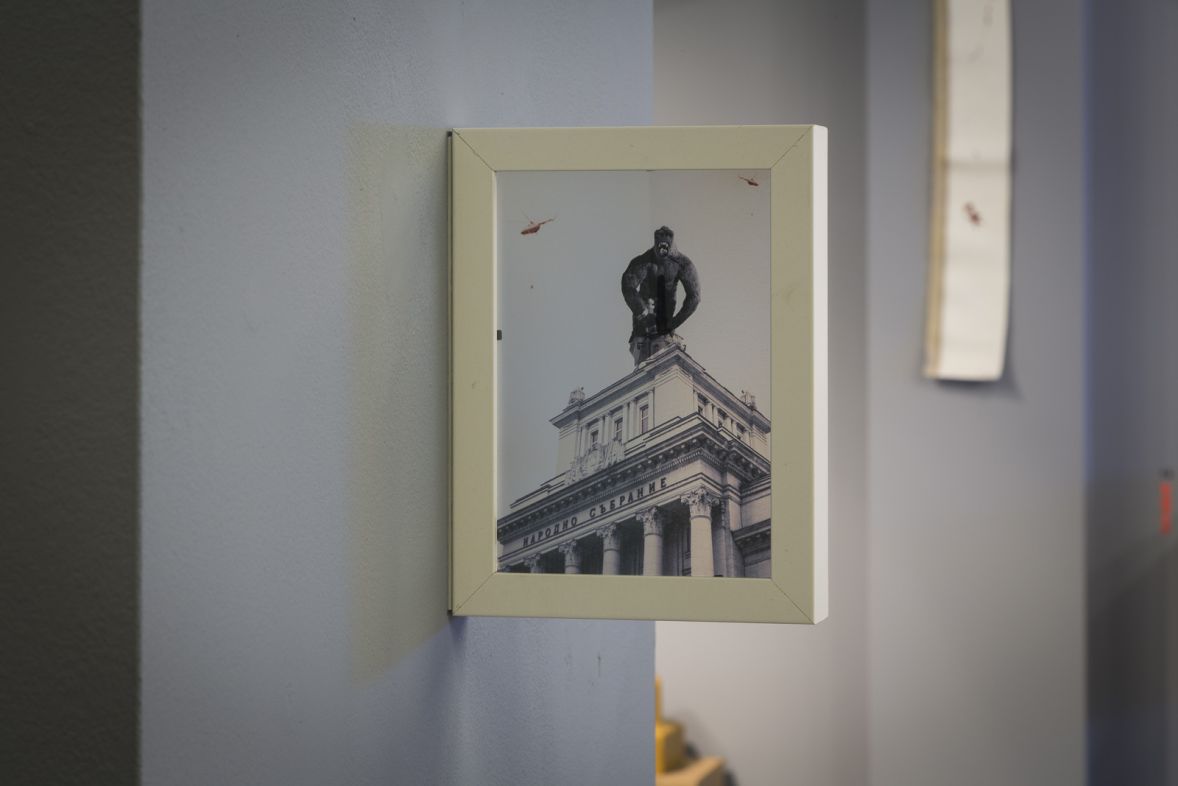 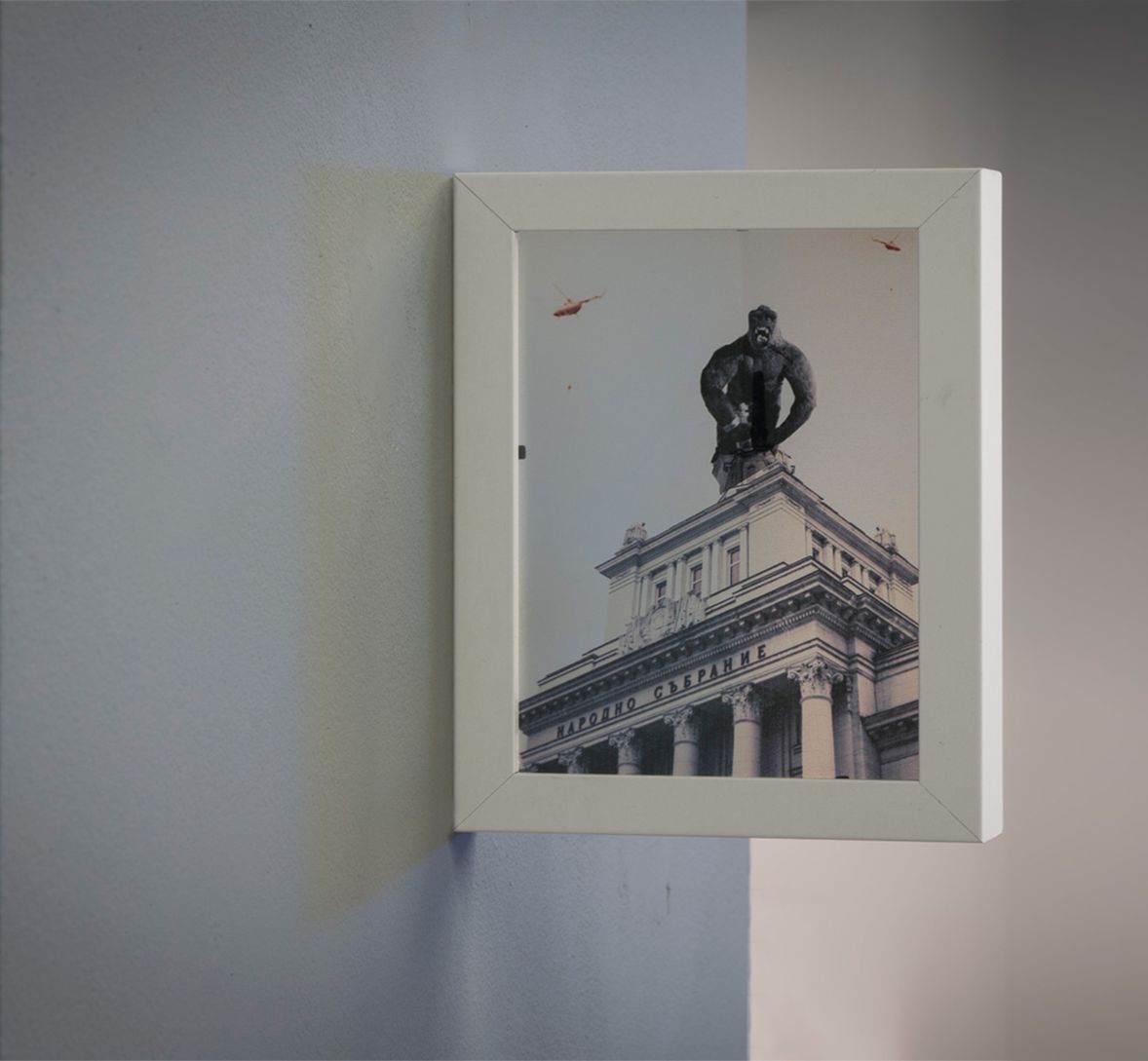 The composed image juxtaposes two figures originating in diametrically opposite cultures. King Kong sits atop of a symbolic building, as we know it from the original motion picture scenarios. But it is not one of the symbolic buildings in New York. Instead it is the former Party house ("Partien dom" in Bulgarian) in Sofia - the stronghold representative building of the Bulgarian Communist Party built in the fifties with the labor of volunteering masses according to the Stalinist style in architecture fashionable at the time.

King Kong is a figure which keeps reappearing in the history of american film (1933; 1976; 2005) becoming a cult character of American pop culture and so his detour on top of the Party House in Sofia, just as he sat on top of the Twin Towers or Empire State Building, gives rise to a new scene related to post-communist period of transition.