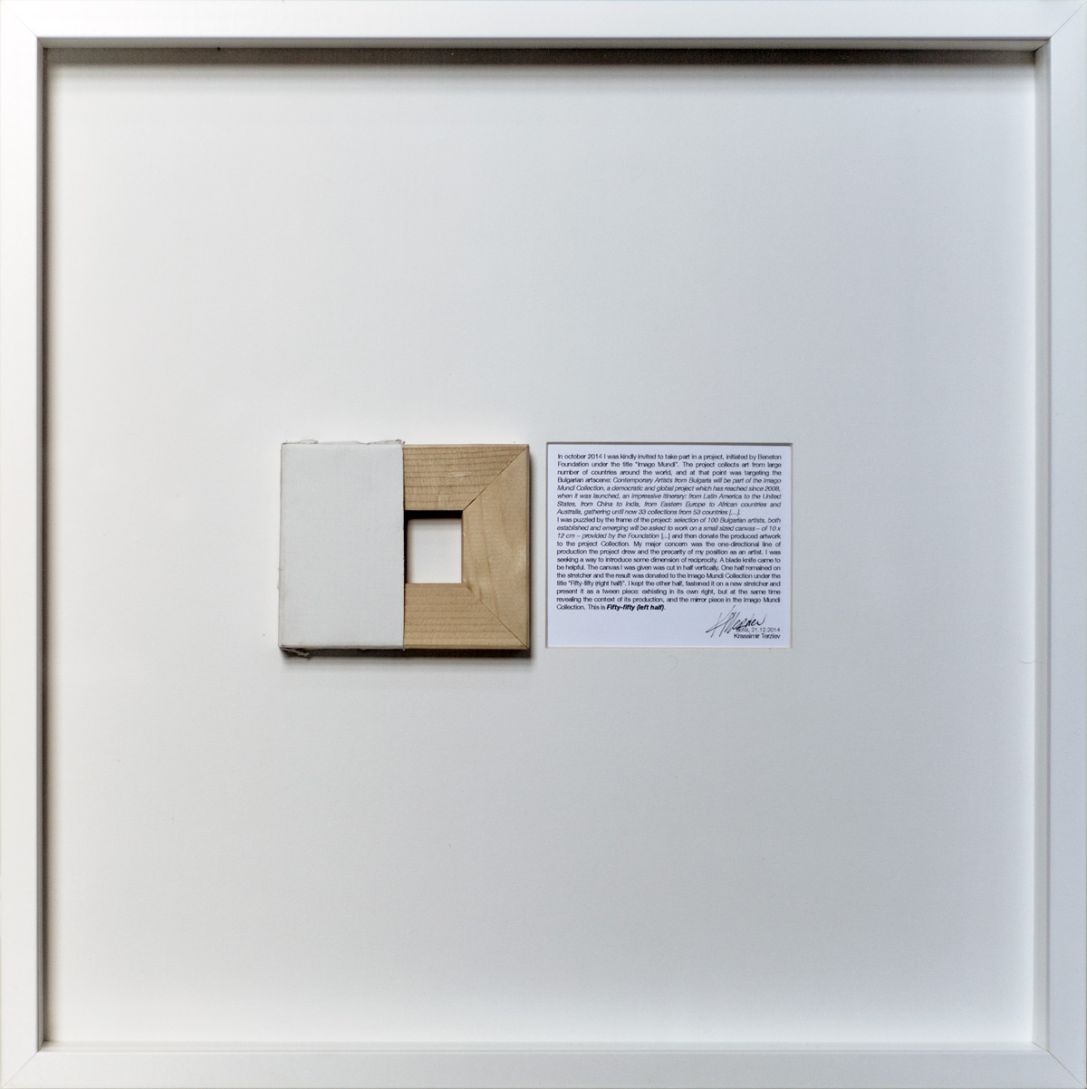 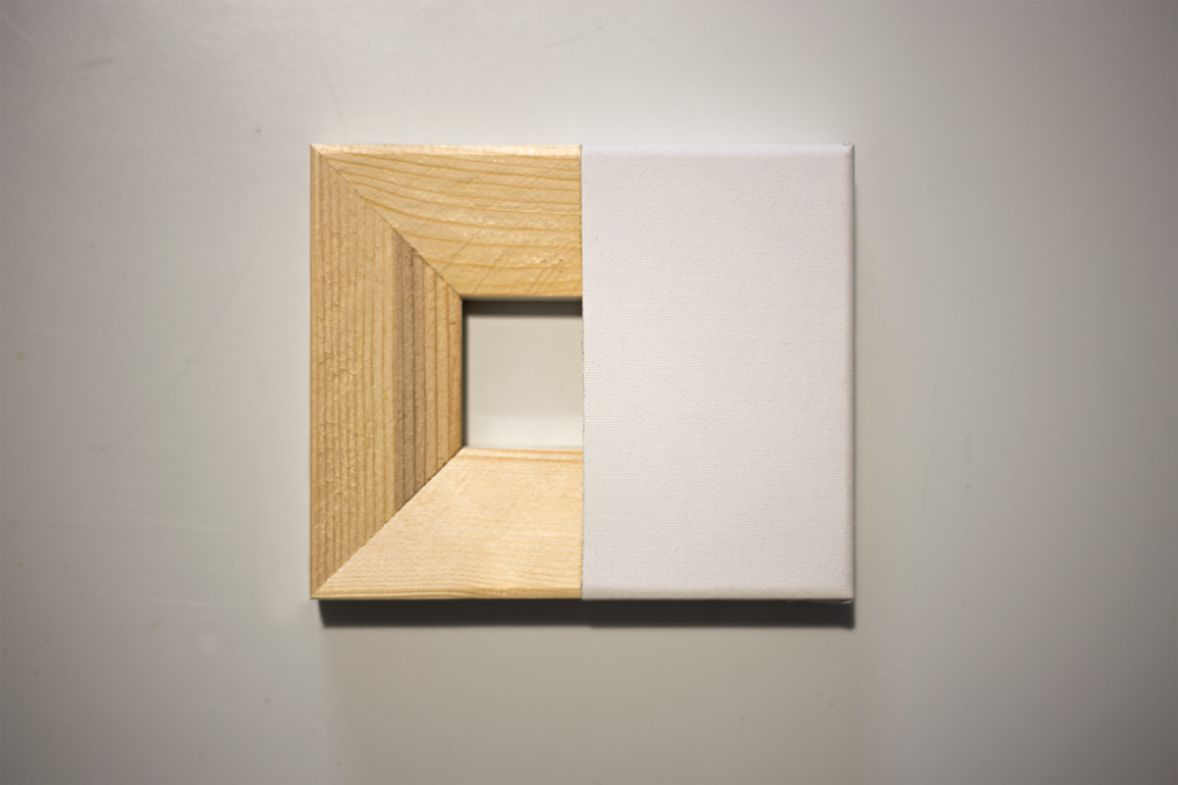 I was kindly invited to take part in a project, initiated by the Beneton Foundation.

[...] Contemporary Artists from Bulgaria will be part of the Imago Mundi Collection, a democratic and global project which has reached since 2008, when it was launched, an impressive itinerary: from Latin America to the United States, from China to India, from Eastern Europe to African countries and Australia […].

Puzzled by the frame of the project: selection of 100 Bulgarian artists, both established and emerging will be asked to work on a small sized canvas – of 10 x 12 cm – provided by the Foundation [...] and then donate the produced artwork to the collection, I was concerned by the one-directional line of production the project drew and the precarity of my position. I was seeking a way to introduce some dimension of reciprocity. A blade knife came to be helpful. The canvas I was given was cut in half vertically. One half remained on the stretcher and the result was donated to the Imago Mundi Collection under the title Fifty-fifty (right half). I kept the other half, fastened it on a new stretcher and present it as a twin piece – Fifty-fifty (left half), existing оn its own, but also reflecting the context of its production, and its twin piece in the Imago Mundi Collection.