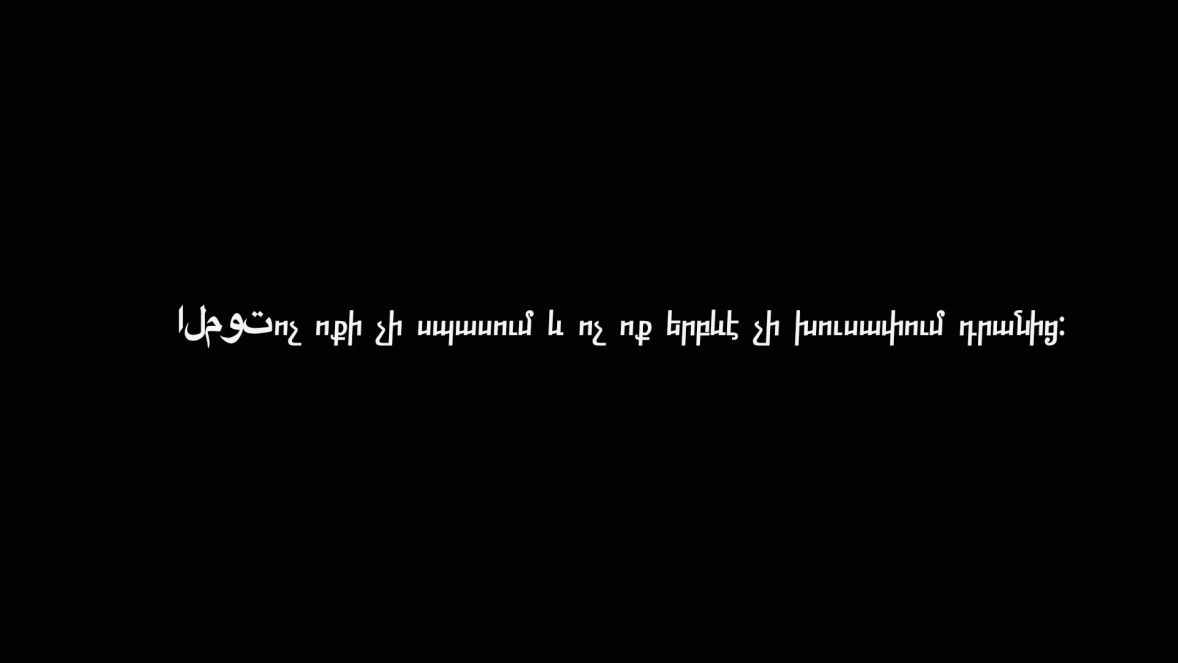 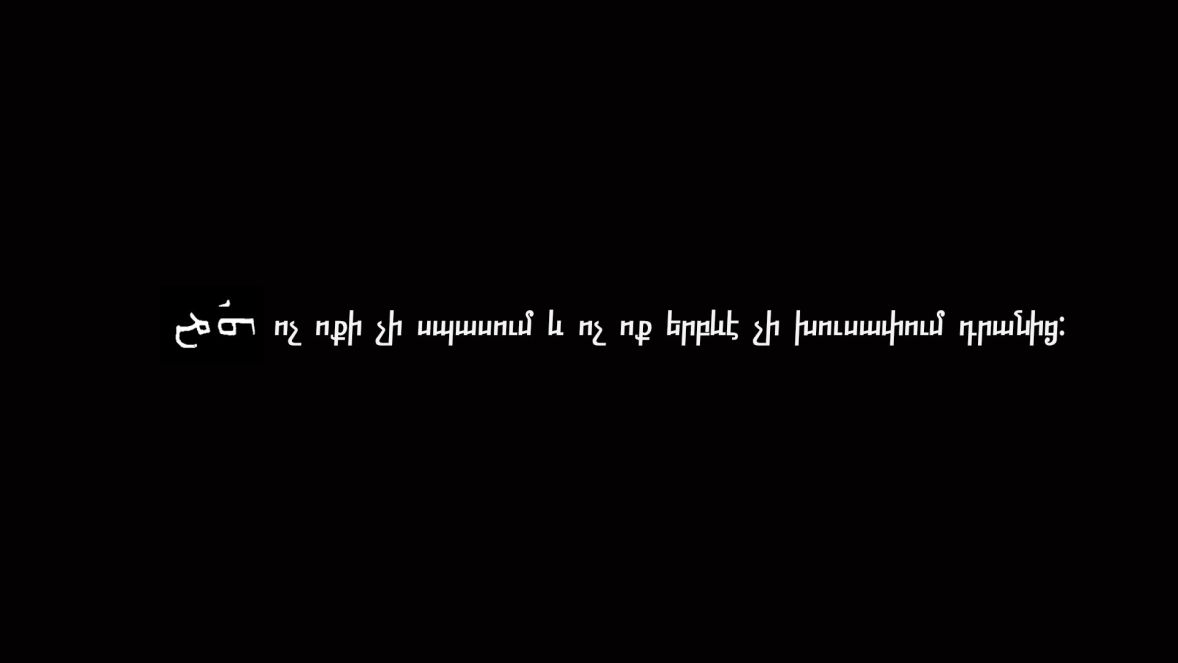 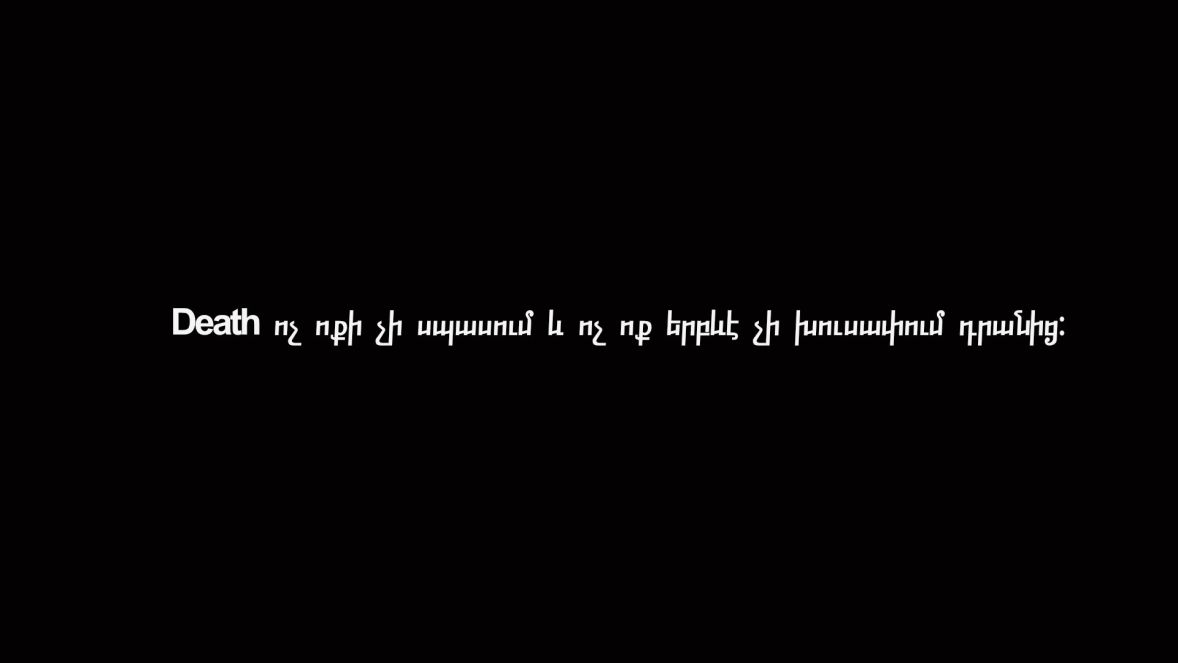 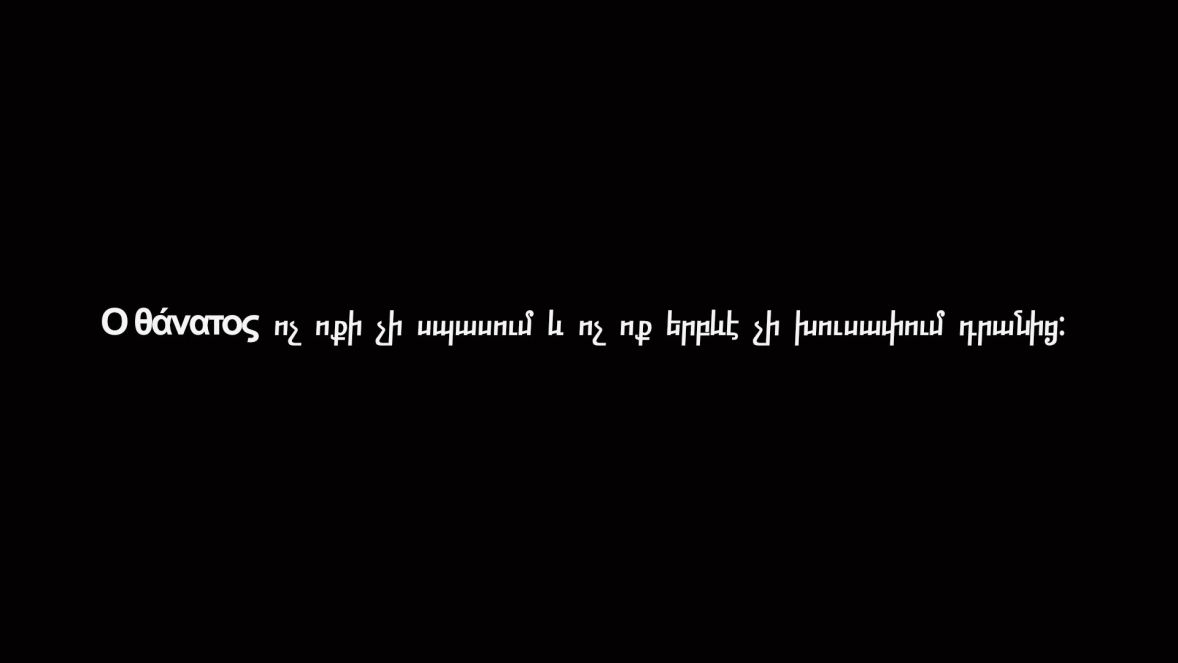 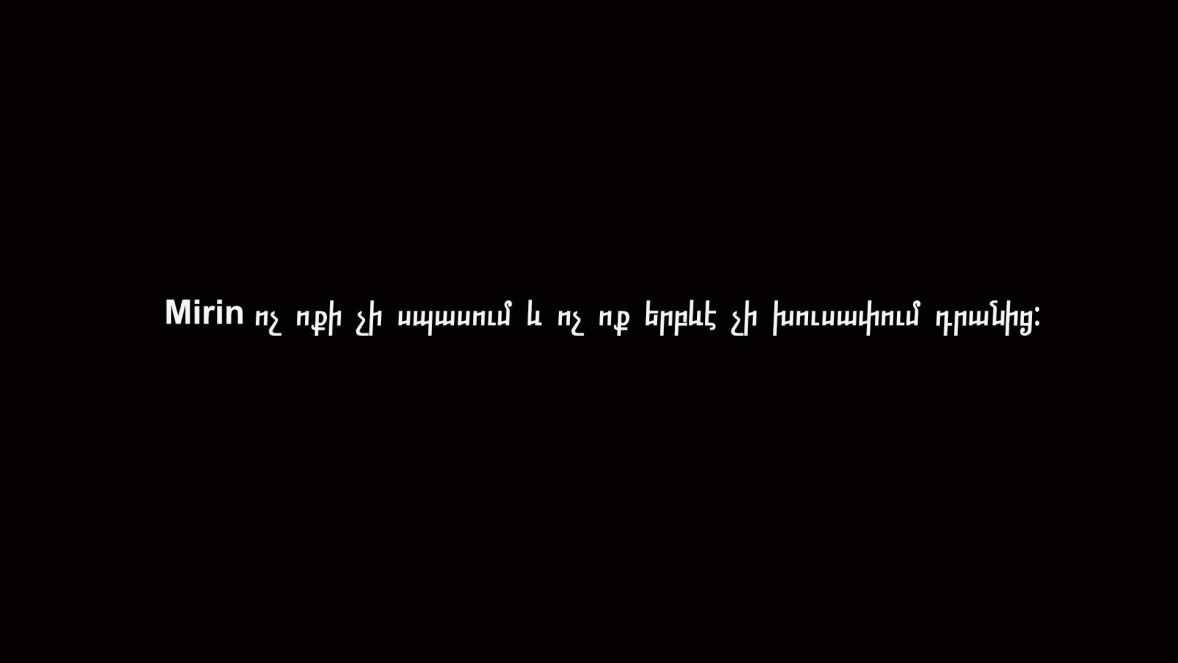 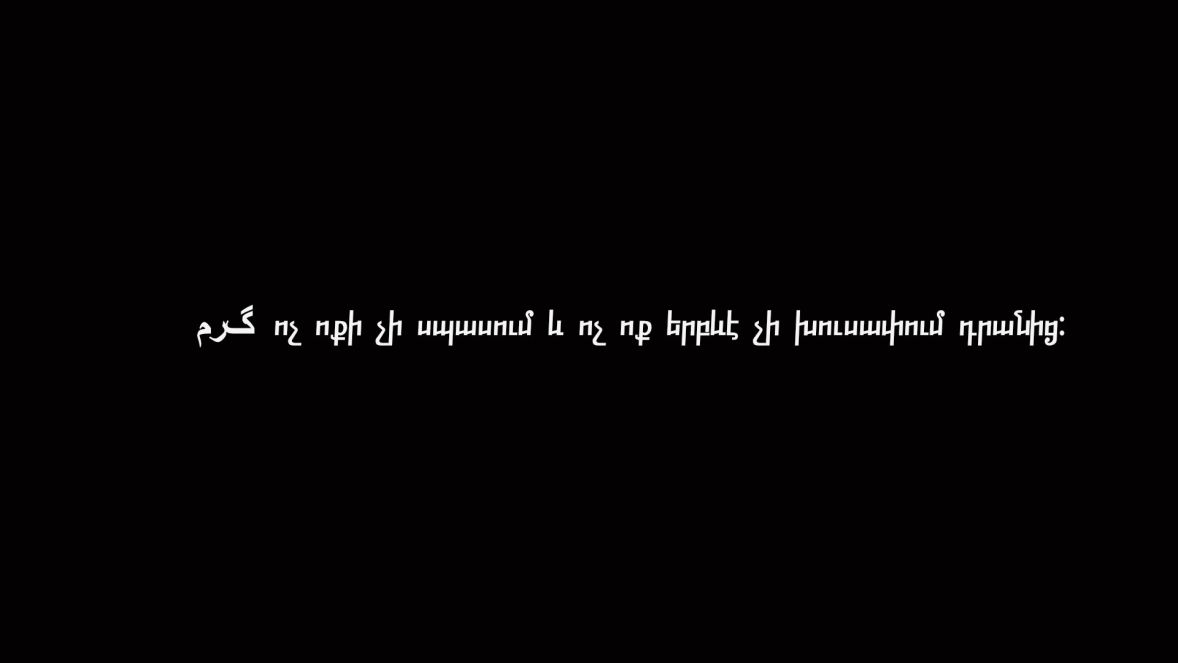 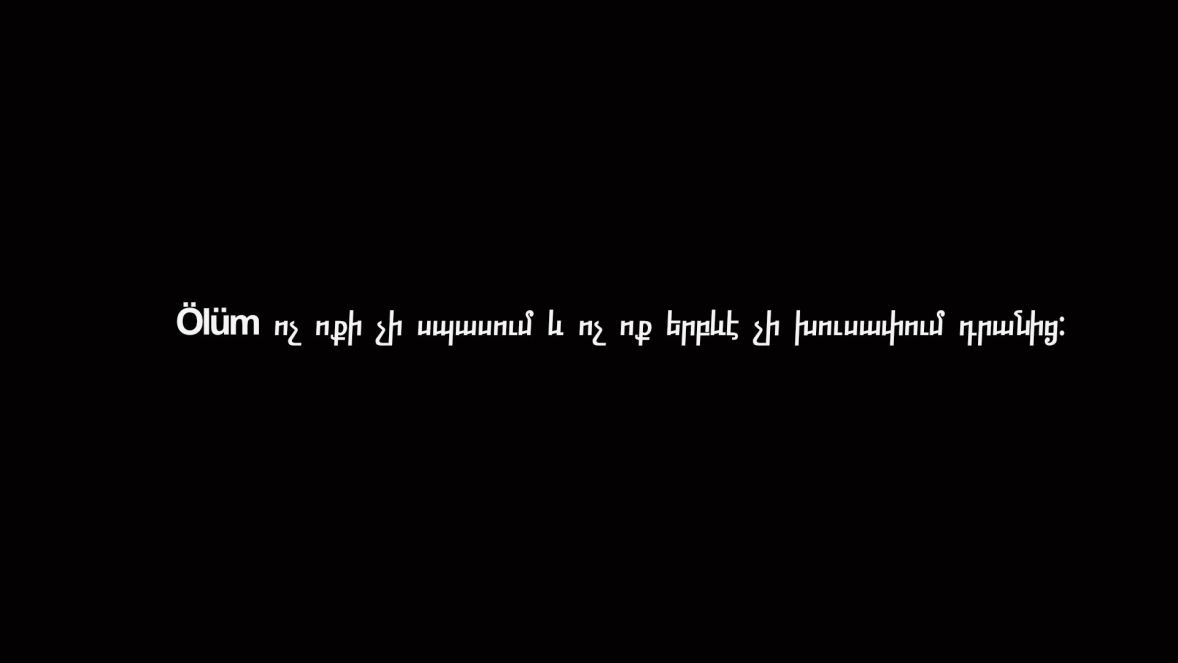 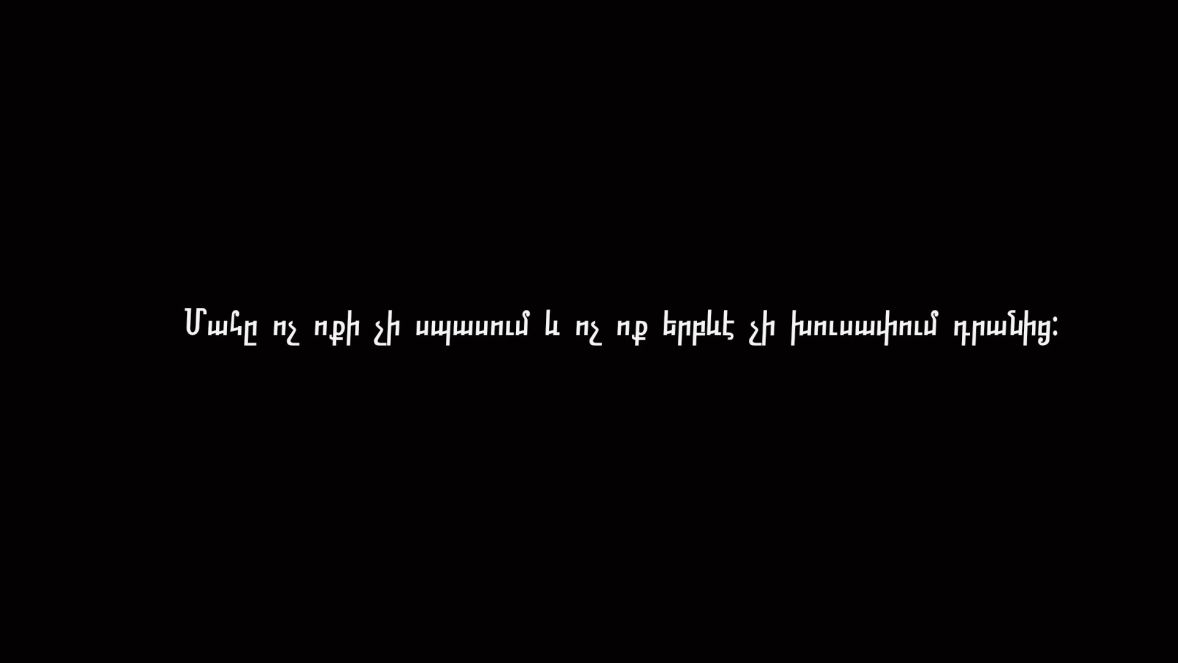 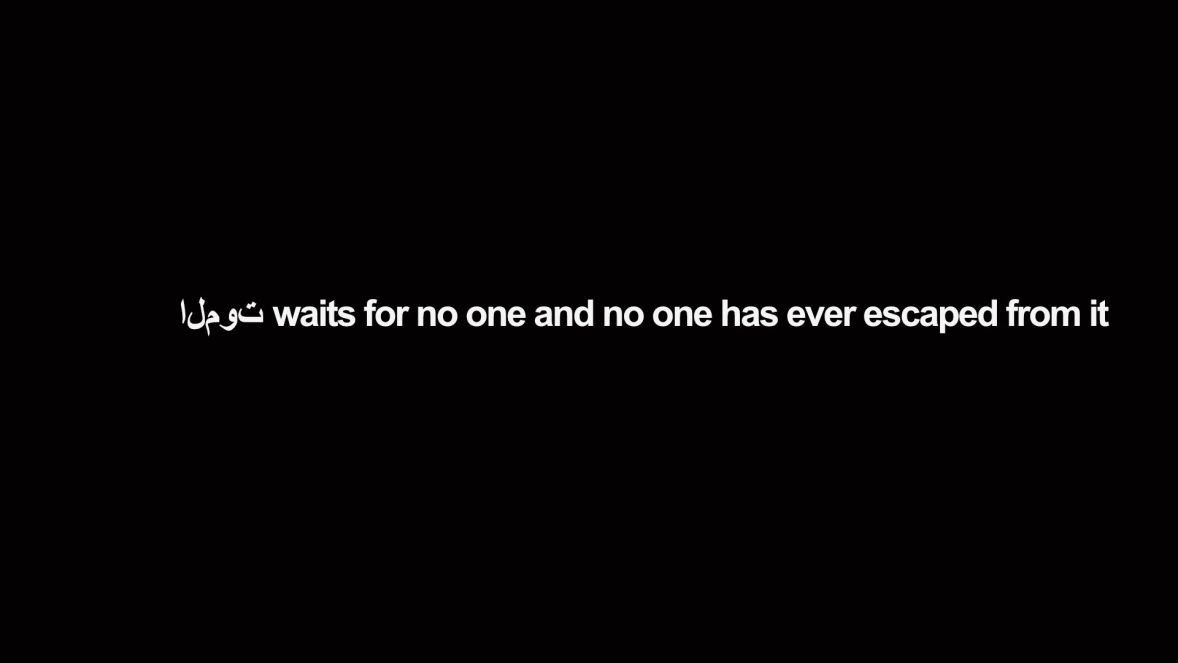 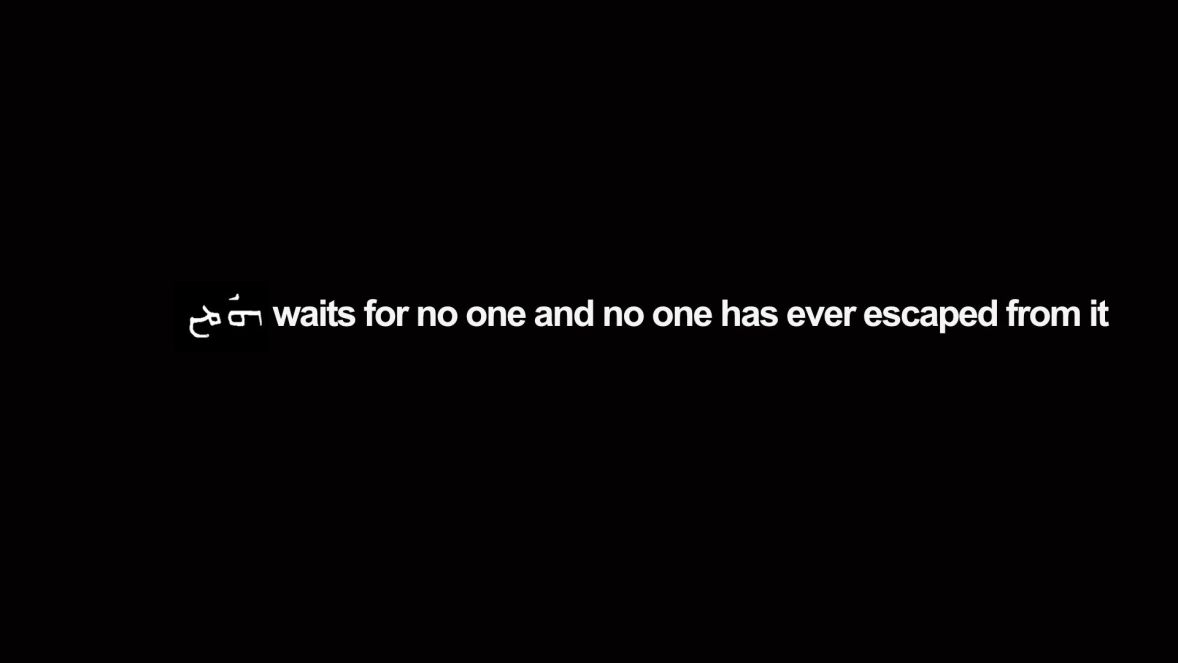 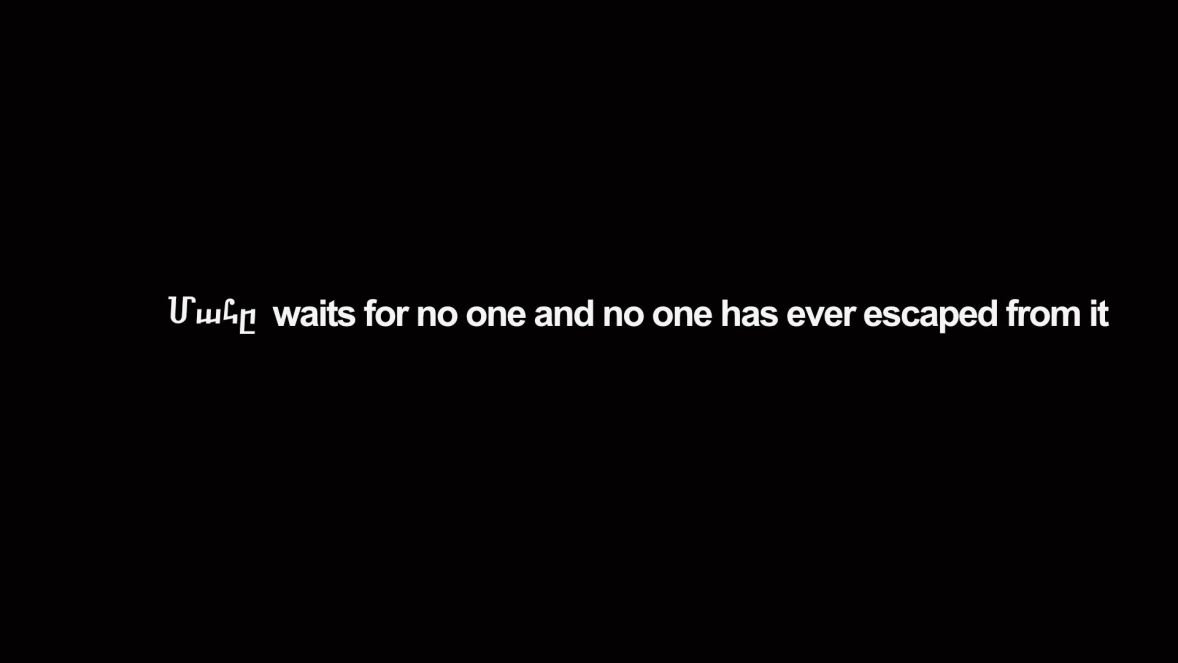 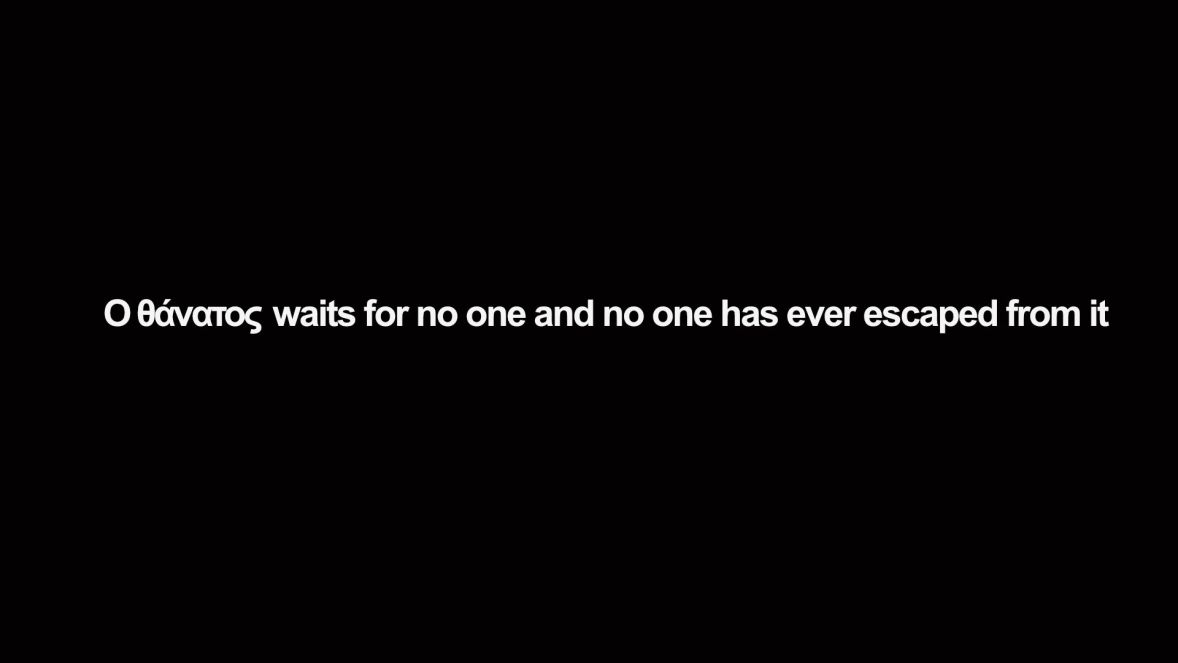 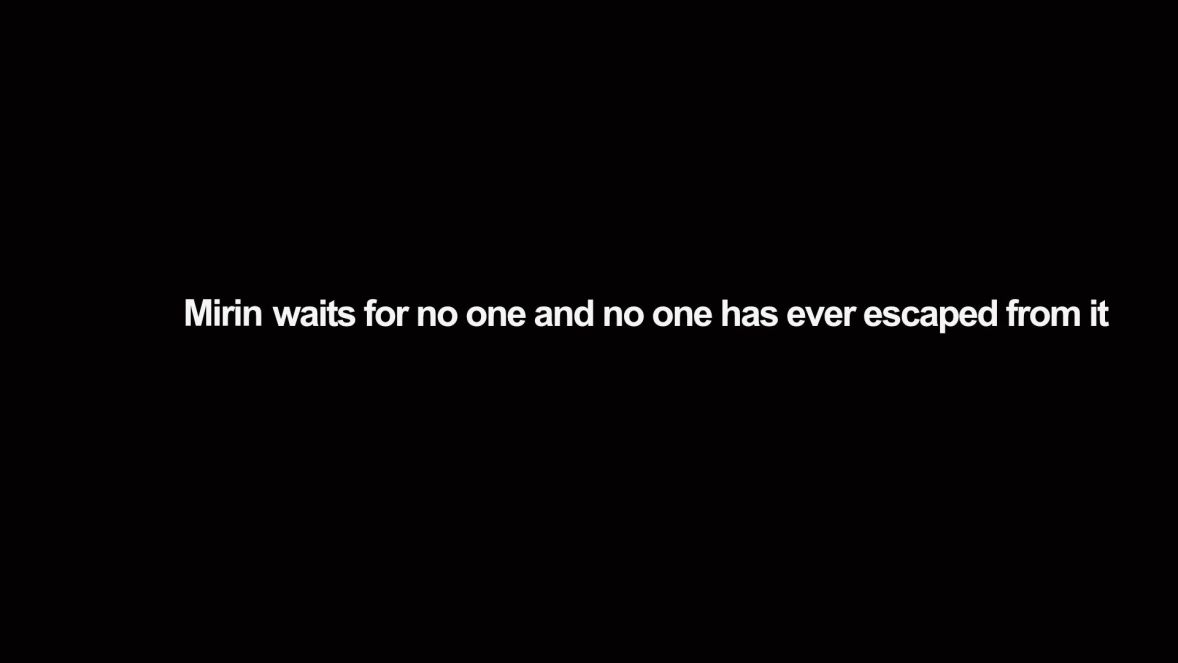 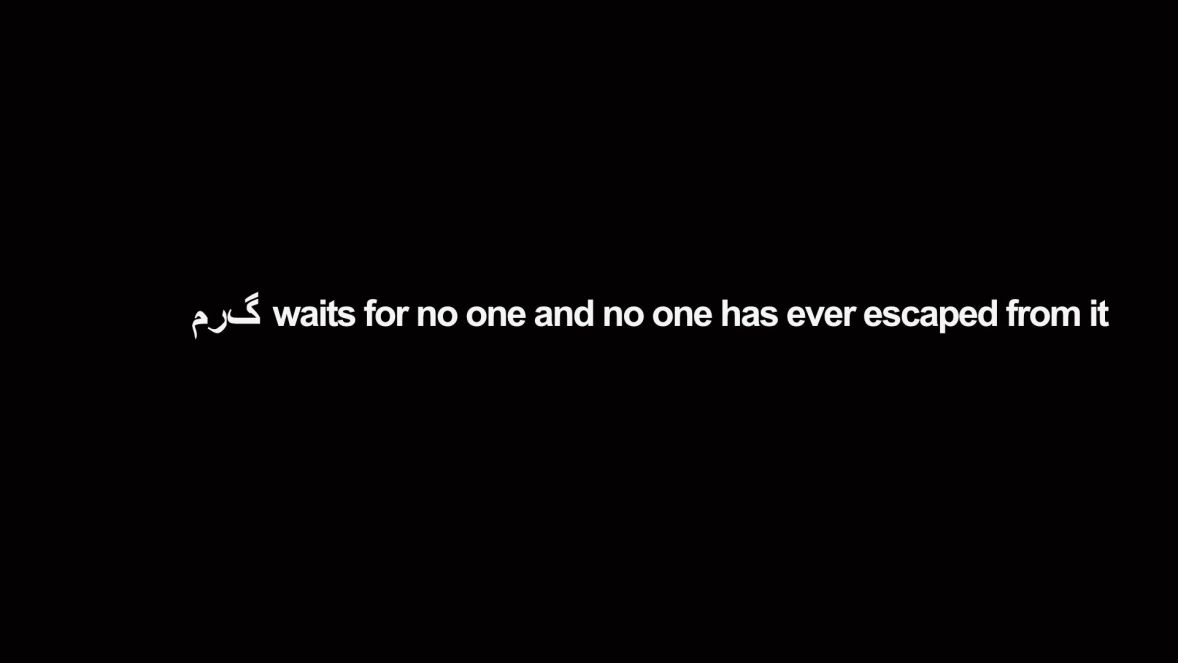 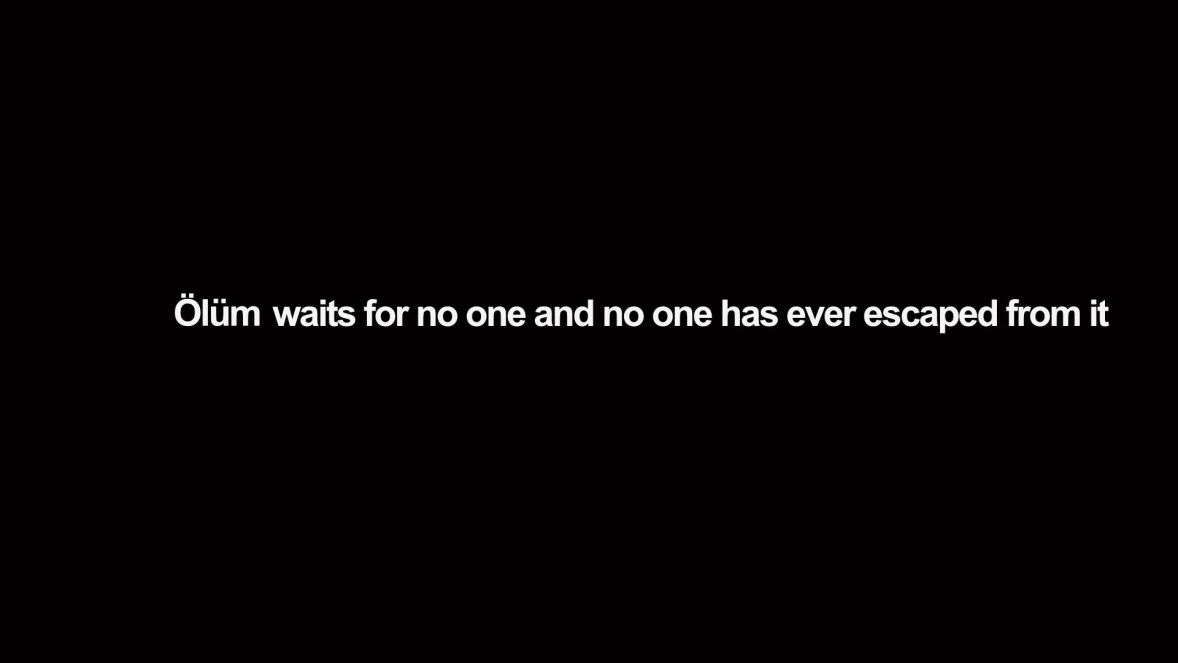 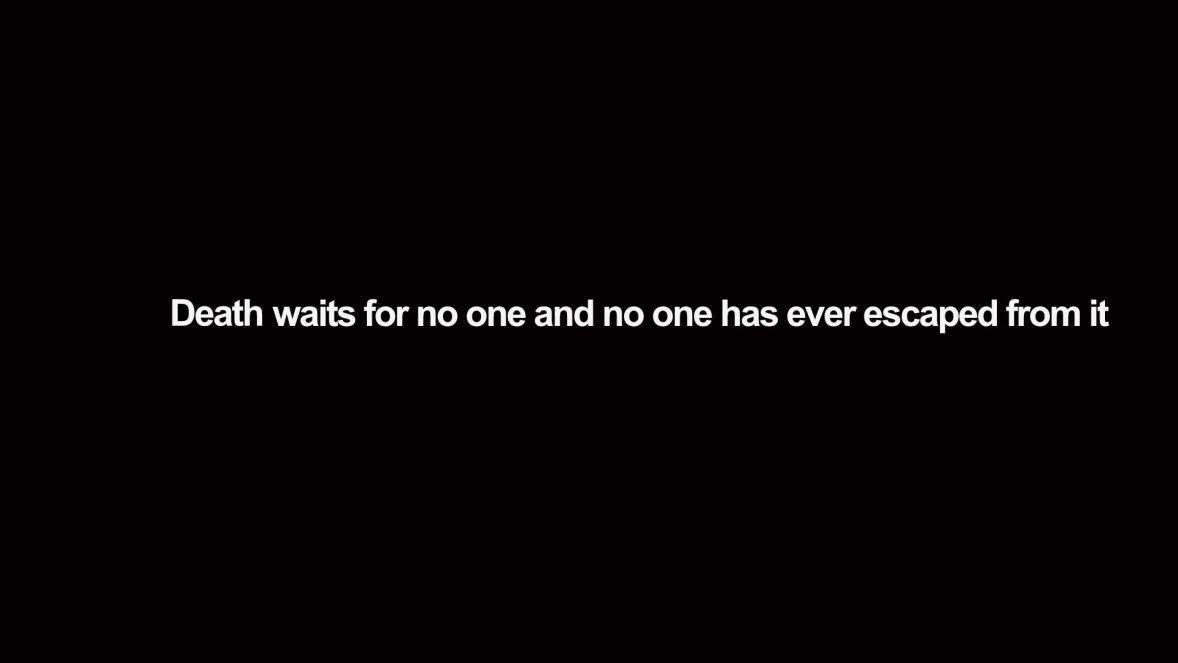 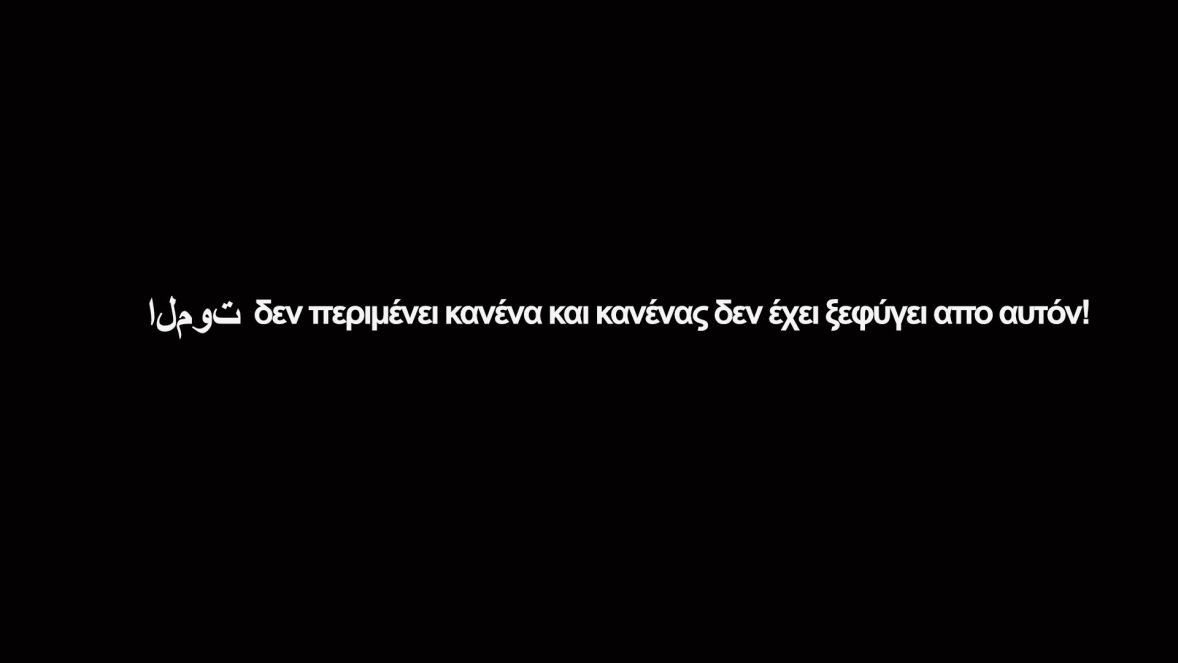 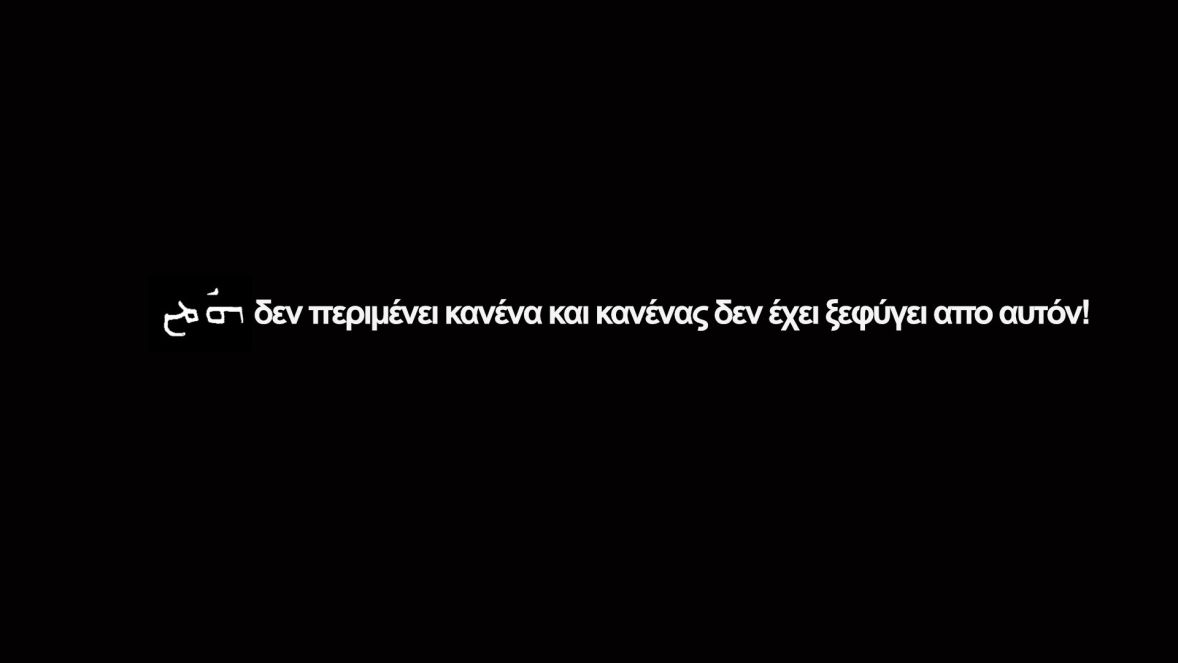 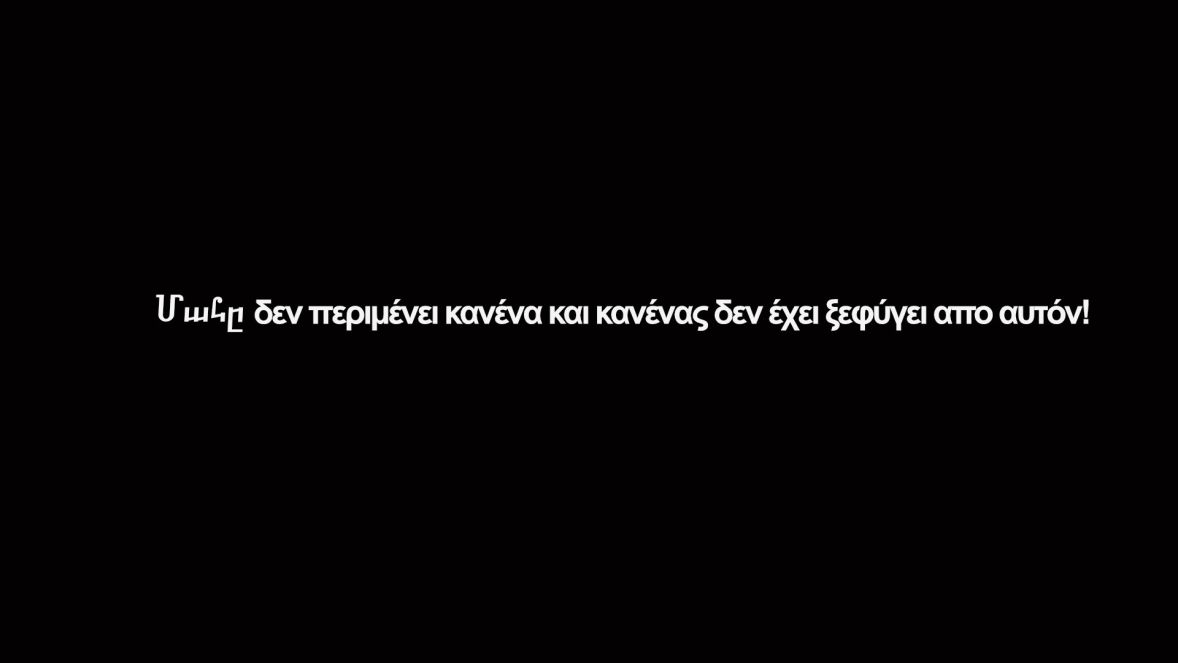 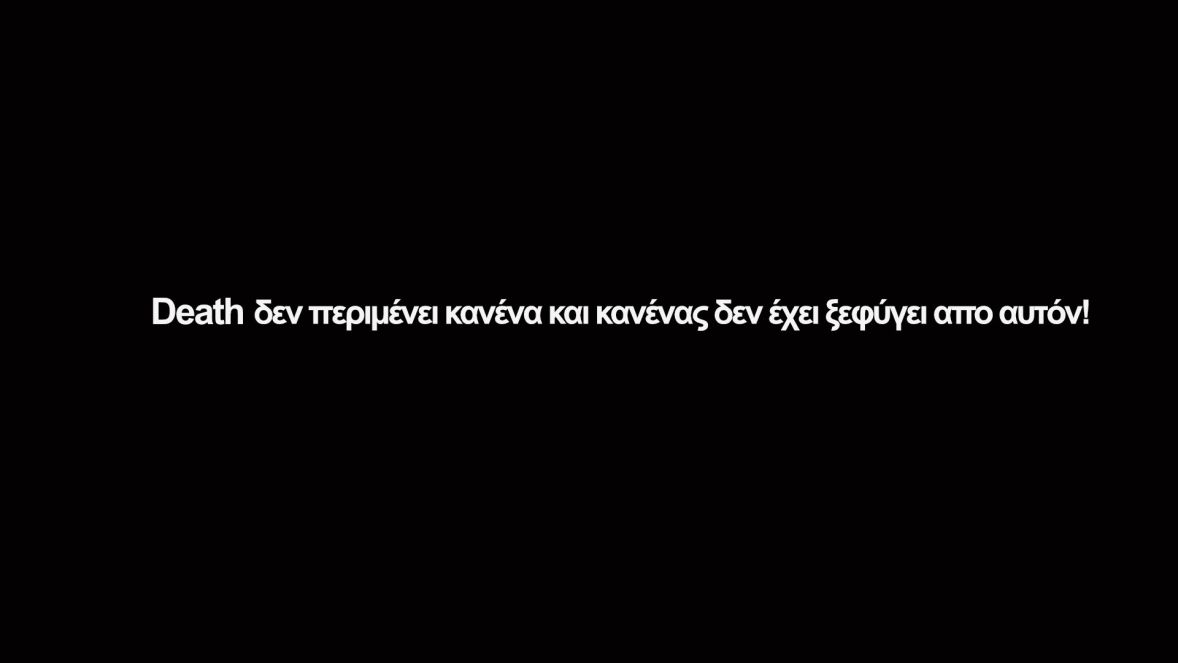 Everybody Knows involves a sentence containing a common sense wisdom that sounds like a quote from ancient scripts: "Death waits for no one, and no one has ever escaped from it".

The sentence is translated in the languages spoken at present in the area of the city of Mardin: Arabic, Aramaic, Armenian, Farsi, Greek, Kurdish, Turkish, and in English, but in each language the word “Death” appears in one of the other languages. Or otherwise, “Death” is always in a foreign language.

Big thanks to Lyubov Kostova