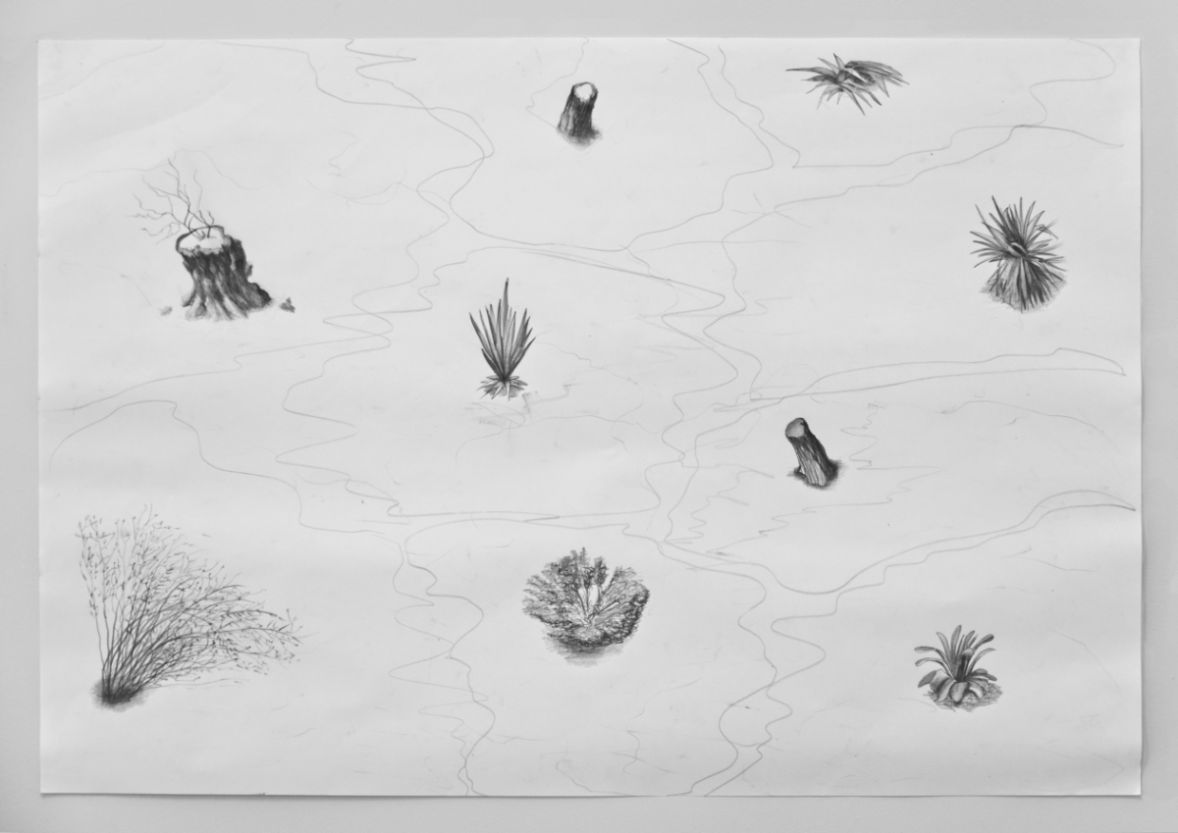 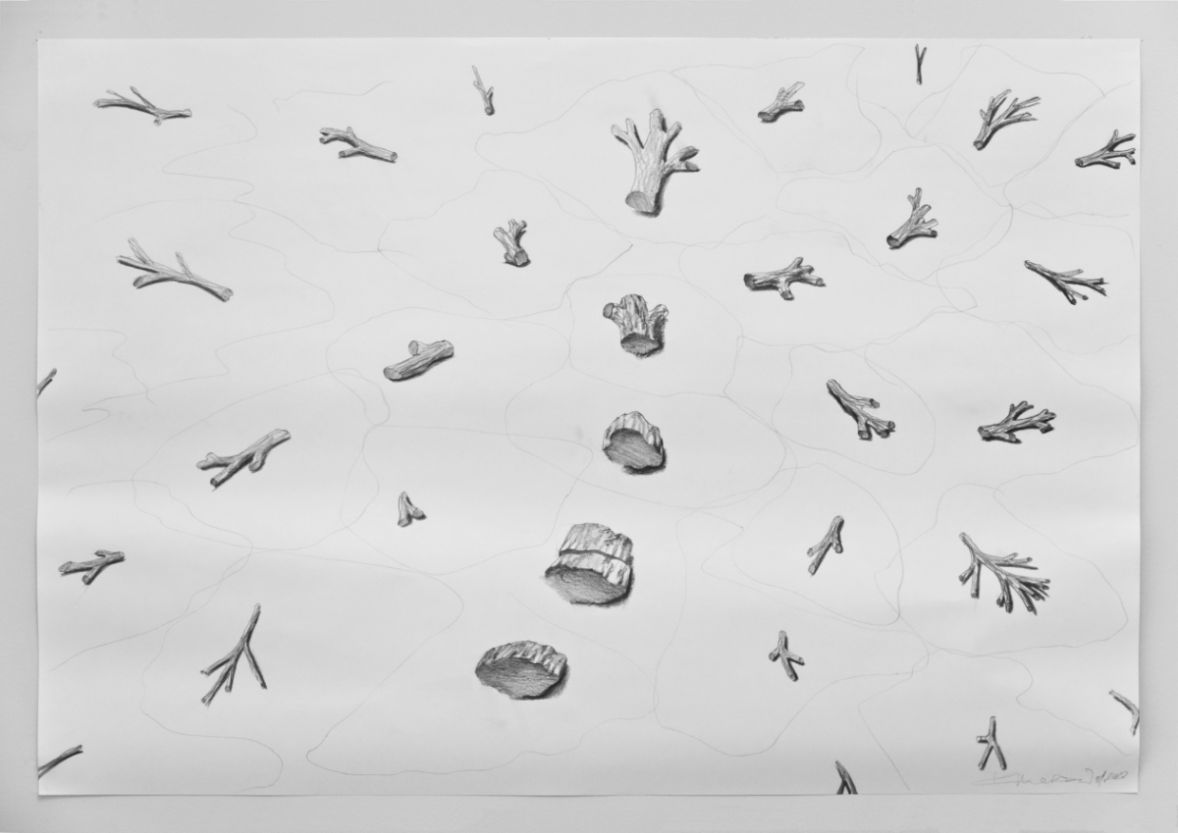 "... As always, seriousness is mixed with humour and irony in the works of Terziev. The title refers to the conspiracy theories of world domination, but the minimalism of the objects ironically suggests that maybe there’s not so much left to dominate over. What remains are just pieces of reality, and reality itself has lost its integrity long time ago. The separation of animate and inanimate objects, the formation of „lonely islands“, where stones, trees and animals float in a protected environment but unrelated to the surrounding world, draws the image of a humanity falling to pieces. Man is entirely missing from the picture – maybe he’s already extinct, or maybe he watches over from the hatch of a secret shelter. He only appears in the diptych as a stylized graphic figure from a user’s manual showing how messed up the rules, how inadequate the external help and how futile the efforts for „assembling“ the world in the old way are. [...] The drawings based on the product assembly manuals of a large chain store visualize indirectly the logic of measures that followed one after the other and promised a solution / salvation / relief upon an accurate compliance with the contained instructions, but instead of that, they were introduced, canceled and reintroduced in a partial and often illogical way, thus creating chaos, confusion and ultimately intensifying the panic. The result of „do this, then do that“ led to the assembly of unstable and illogical formations instead of a complete structure."