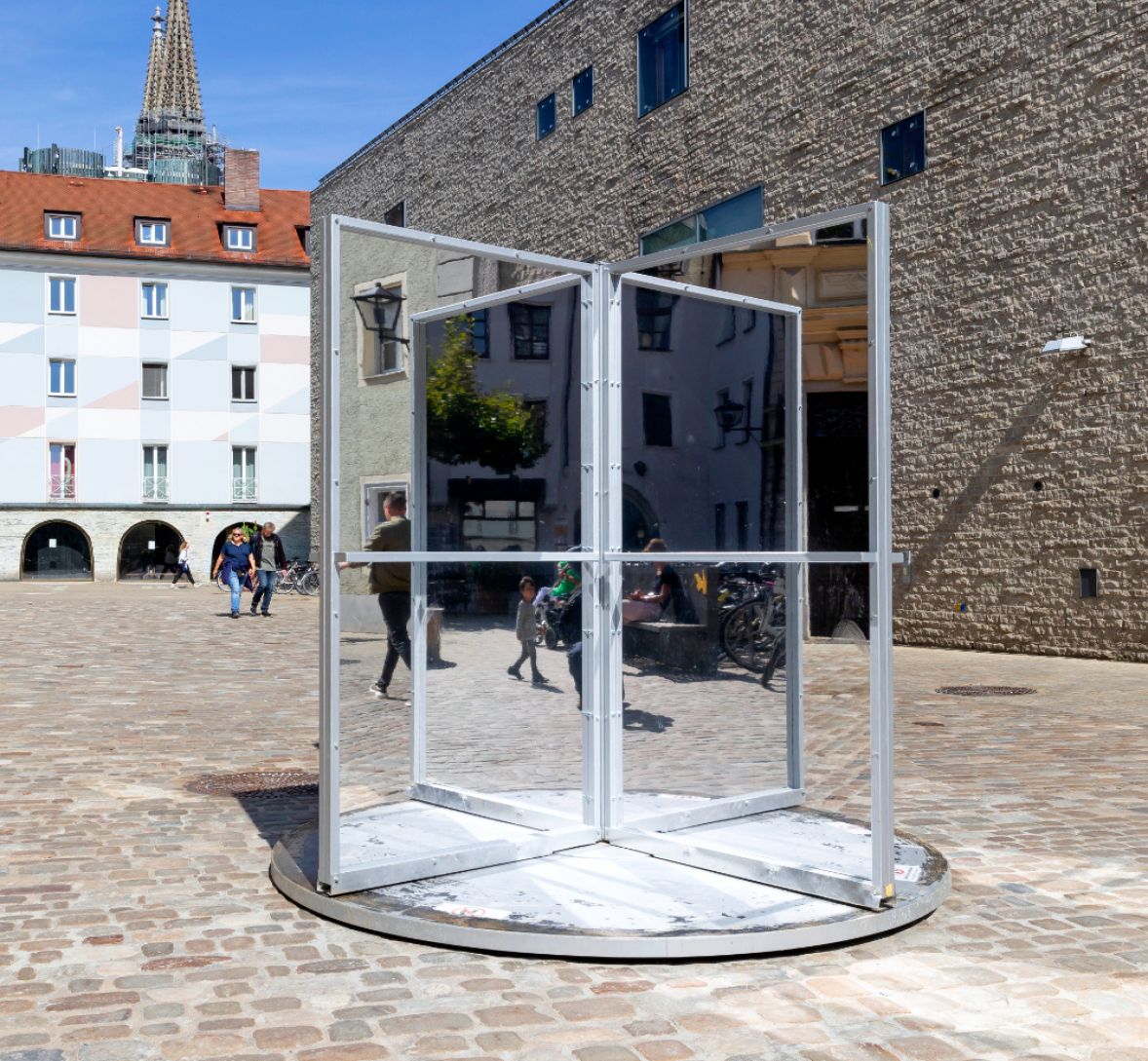 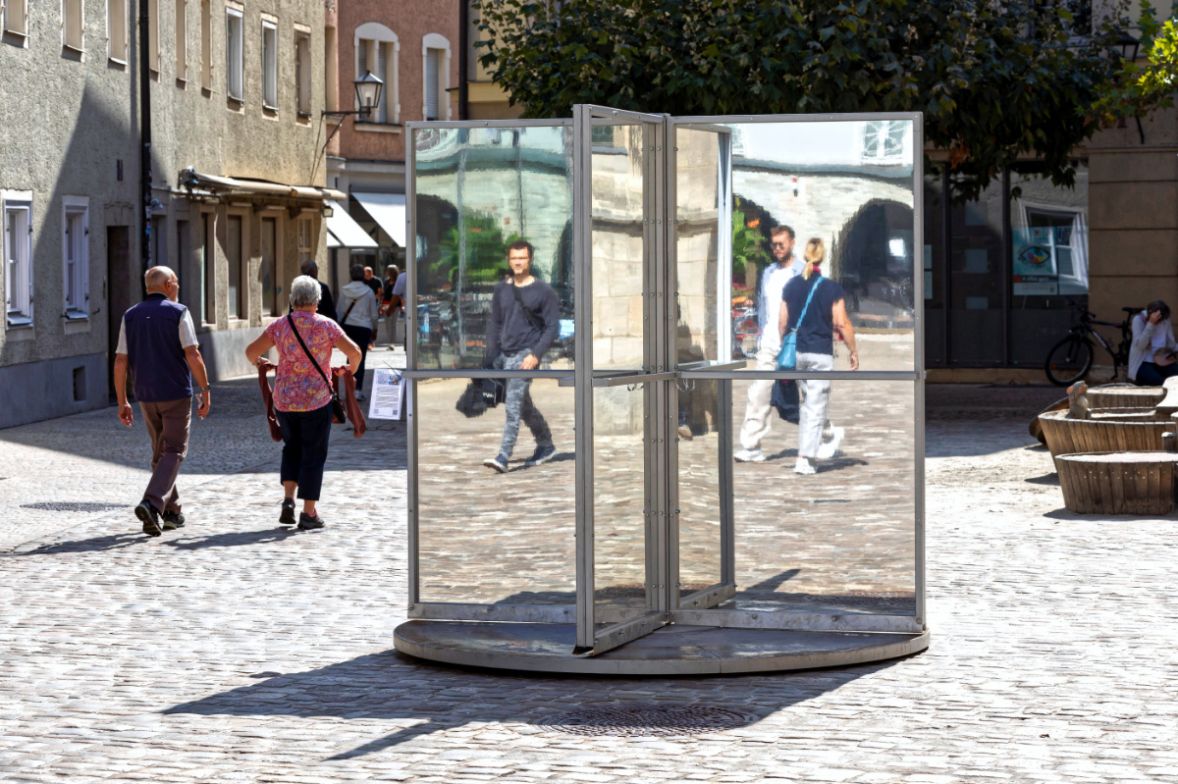 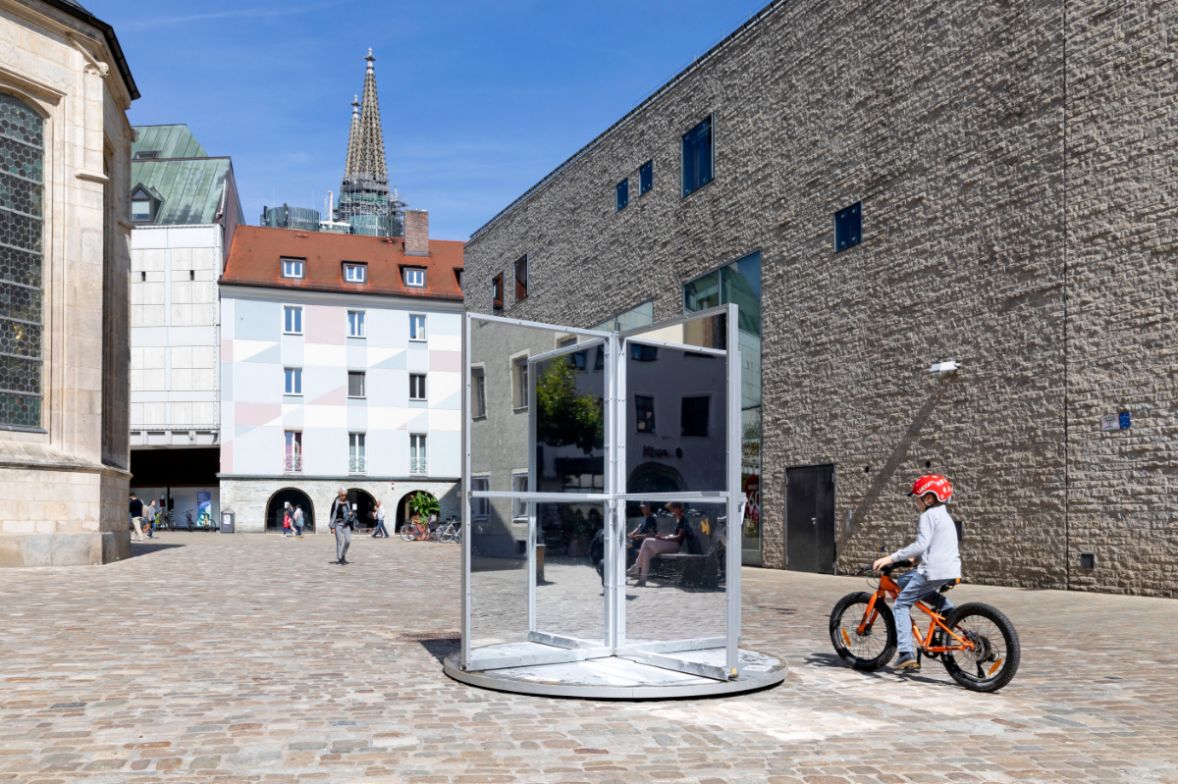 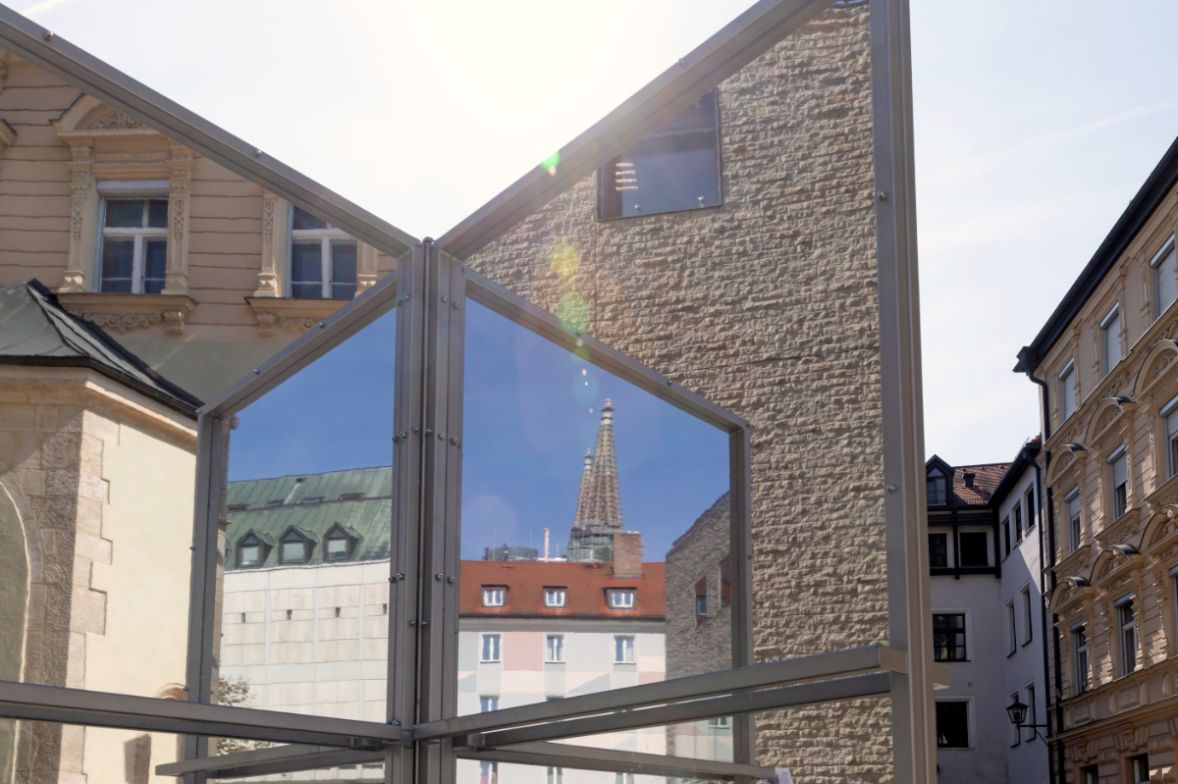 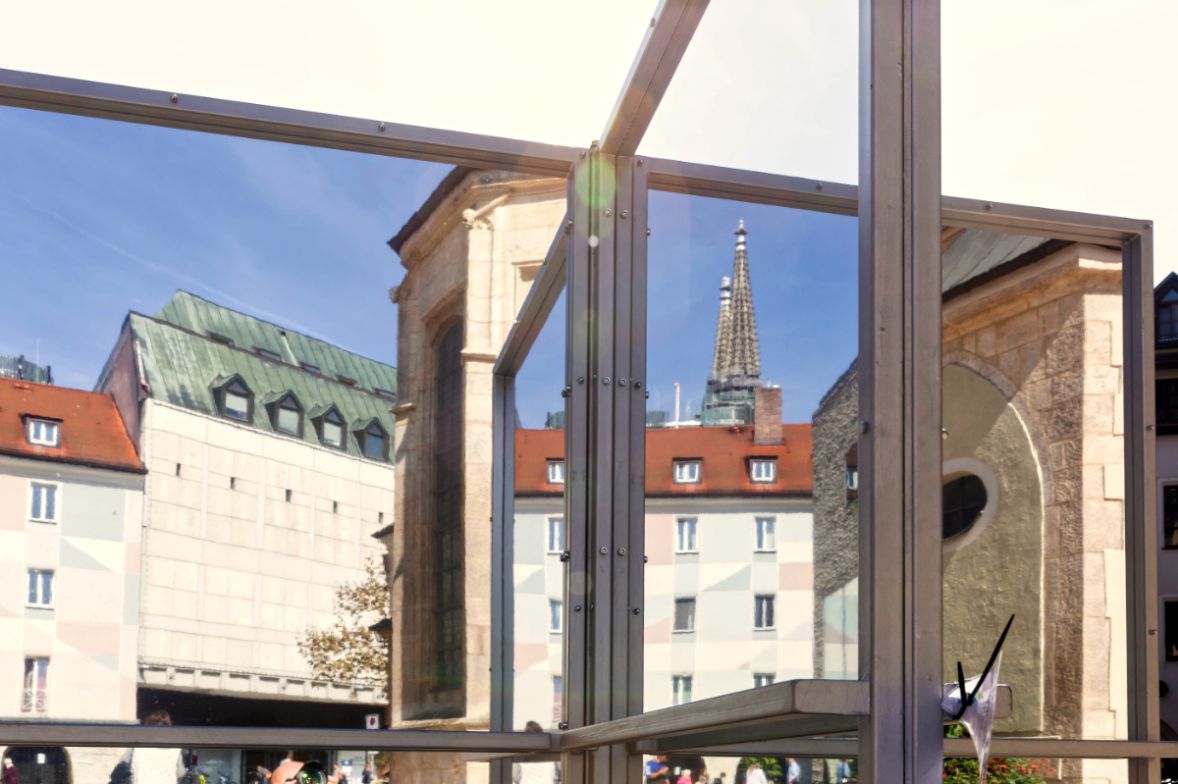 The installation "Storm Door" is a four-wing revolving door where the four wings intersect at 90 degrees shaping a cross. The cross represents a paradigmatic form for building many cities (usualy found where two roads cross each other), which Terziev takes up in his work. The original urban planning of Regensburg, which goes back to the Roman legionary camp of Castra Regina, is also based on the form of a cross: the outer walls form a rectangle with gates in the center of each side that connect crossing main streets under right angle. One street runs from east to west, the other from north to south. They offer orientation in the form of the cardinal points N-E-S-W, which represent the main directions of the wind rose and the basis of modern navigation.

With the work "Storm Door" Terziev incorporates the people in this structure and offers them new perspectives on themselves and the layers of history in the surrounding landscape. The viewers are reflected in the two way mirrors of the revolving doors and recognize evidence of their own history behind them. Whoever moves the revolving door creates a new form of orientation and allows aspects of history and the present to merge.

Walter Benjamin brought the poetic figure of the Angel of History, whos gaze is staring towards the past (as a pile of rubble) but the storm coming from there blows him towards the future. People who interact at the installation "Storm Door" are invited to play the role of the Angel of History, but direct the wind with the movement of the four wings of the revolving door.