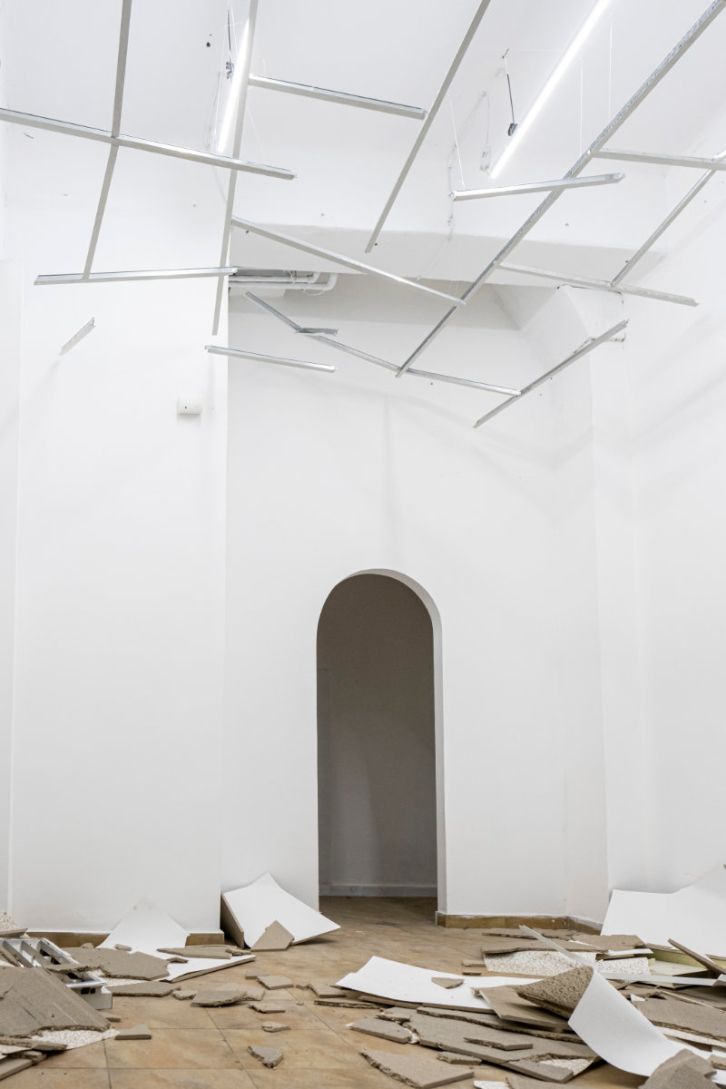 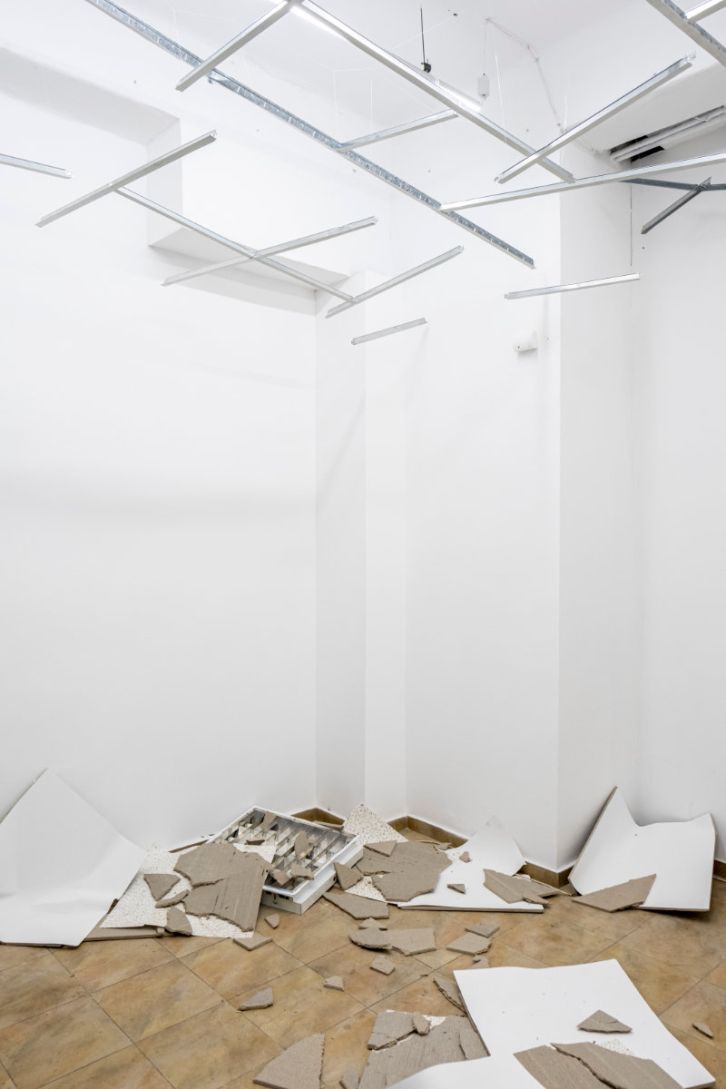 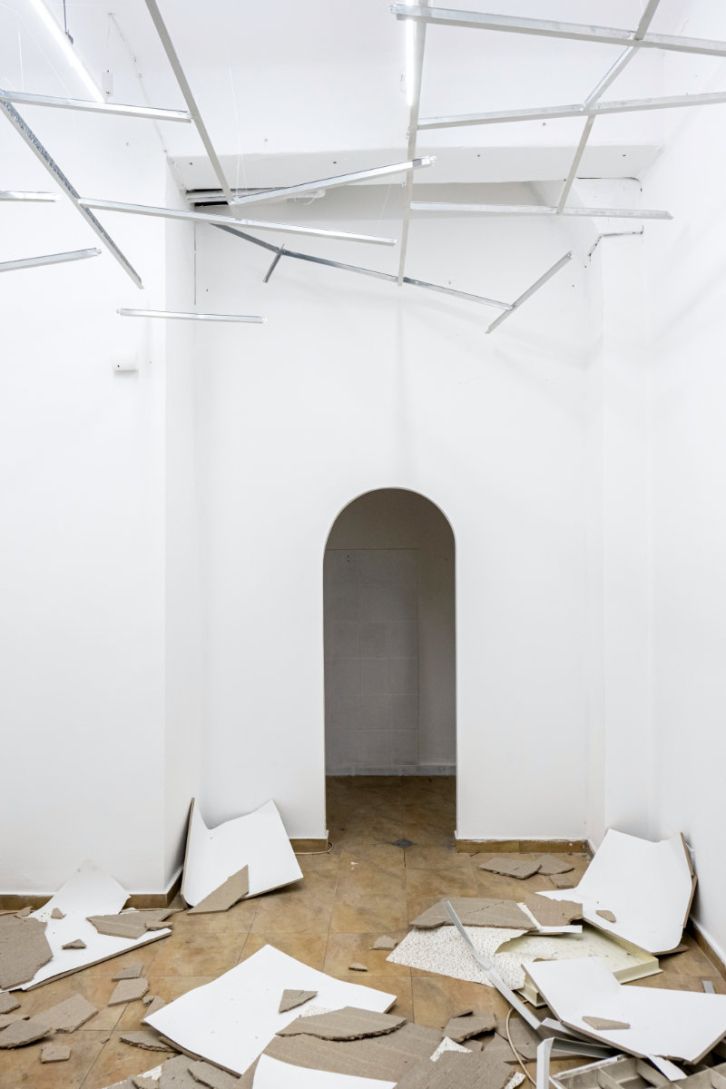 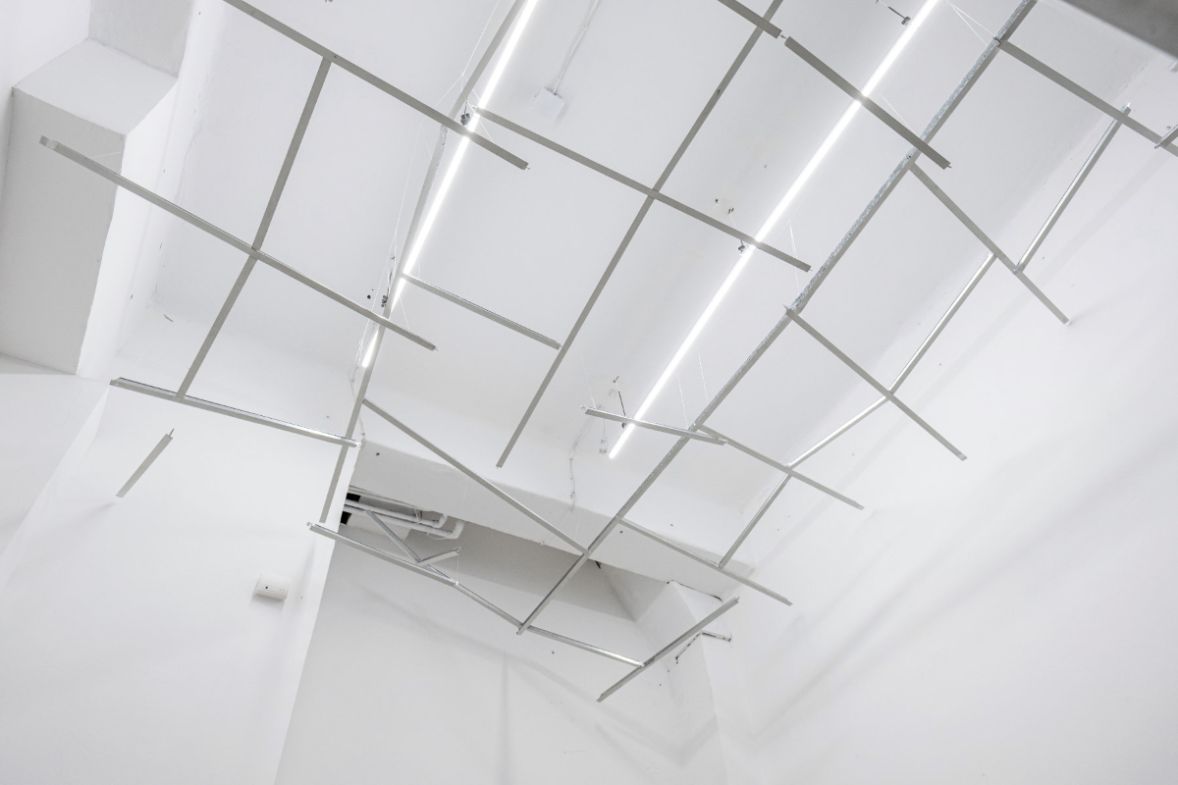 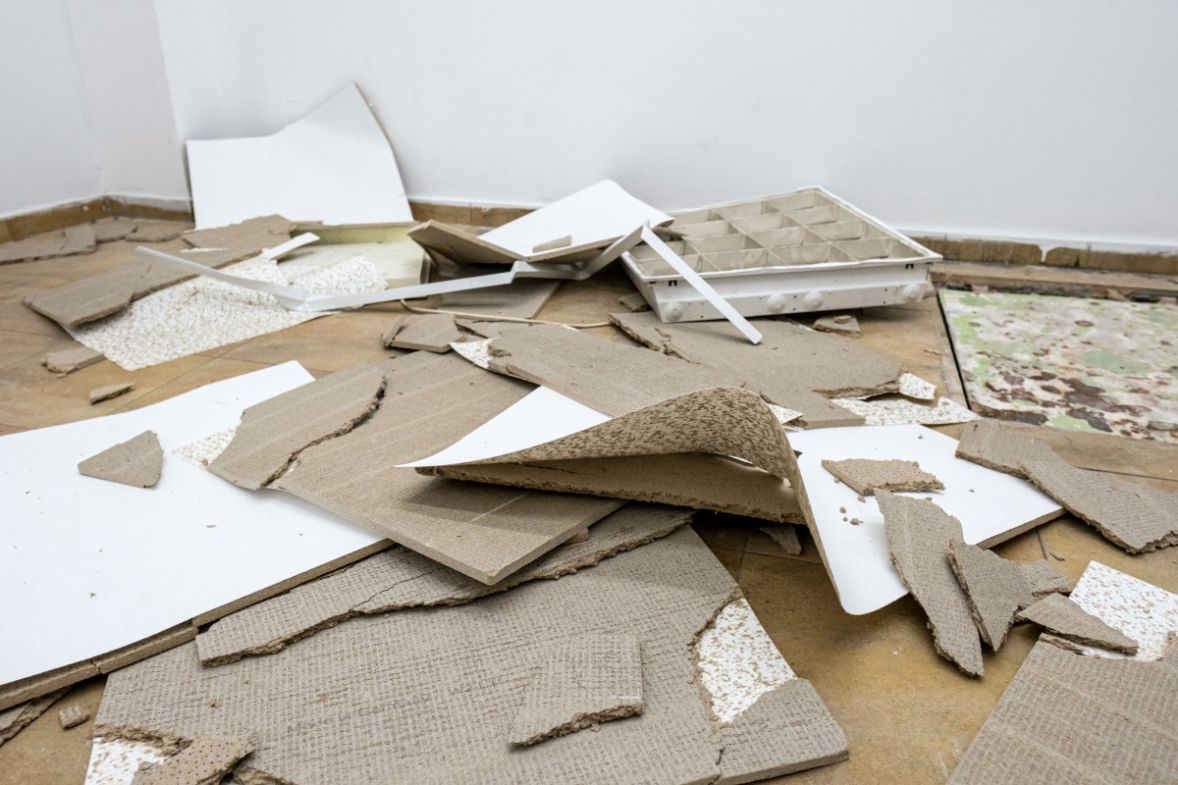 Krassimir Terziev’s exhibition at the PUNTA Gallery forms its own microcosm, where the river of time seems to flow in an unconventional way.
The disintegration of the world’s structures, recreated in the gallery space, guides us to an extensive, universal process of entropy (disintegration/information loss), the ubiquitous reduction of order to chaos. A process that, in this case, we observe as if in slow motion, because our perceptions of the particular and the general are incommensurable—to a fly, a day is an eternity; for a person, whereas the time until the sun’s transformation into a planet-swallowing red giant is close to infinity. For the universe, however, both are no more than an instant.

One of the characteristics of modern man is the accelerated pace of his existence; in this sense, Terziev’s installation exposes the incongruous nature of the senses of the person of the present, distorted by the intensity of being, to comprehend the absolute.

The artist reverses the positions of the primary and the secondary. We usually perceive quotidian life devoted to the vitally necessary and practically useful as enveloped by the dome of the universal—the cosmos, the time before birth and after death. On entering the exhibition space, however, we step from the momentum of the street into the pace of the universe: the world encapsulated by reality.

Like an antagonisation of temporal lines of different magnitudes, the exhibition interweaves the axes of time in art and reality.

Terziev’s oeuvre reminds us that an artwork has its own logic of space-time continuum, which does not correspond to the terrestrial. It can be chaotic, extended, speeded-up—imagined, and therefore perfect. Because of the way it is constructed, namely through human intent, it represents a segment with a beginning and an end, for comparison with the ray on which we normally slide. This time is different, elsewhere, its parameters still unclear—it is fragile, subject to destruction. Beyond it, there is no continuation; it is situated on planes different from our temporal rays. The artist uses materials that originate in the gallery. Without bringing in anything external, in order to use the resources of the environment and to be mindful of nature beyond, the artist departs from the standard perusal of exhibition activity whereby art is brought in to a white, sterile, temple-like cube. Here, the gallery is both the home to and body of the artistic product. It is spiritualised, but its organs disintegrate—like any other matter over time, in fact.

Terziev’s exhibition manifests the human impulse of arresting the moment, its controlled movement backwards and forwards. It links to that moment after which everything is yet to happen, where potential developments are infinite, embryonic, having not taken place. Of course, at some point, time will continue its tireless cycle, unsympathetic to the tragedies of the human being caught up in it. However, capturing that instant when consequences have not yet occurred, Krassimir Terziev gives us a moment of peace, of calm before a storm.

This project was made possible with the financial assistance of the Ministry of Culture and the support of The Famous Grouse.