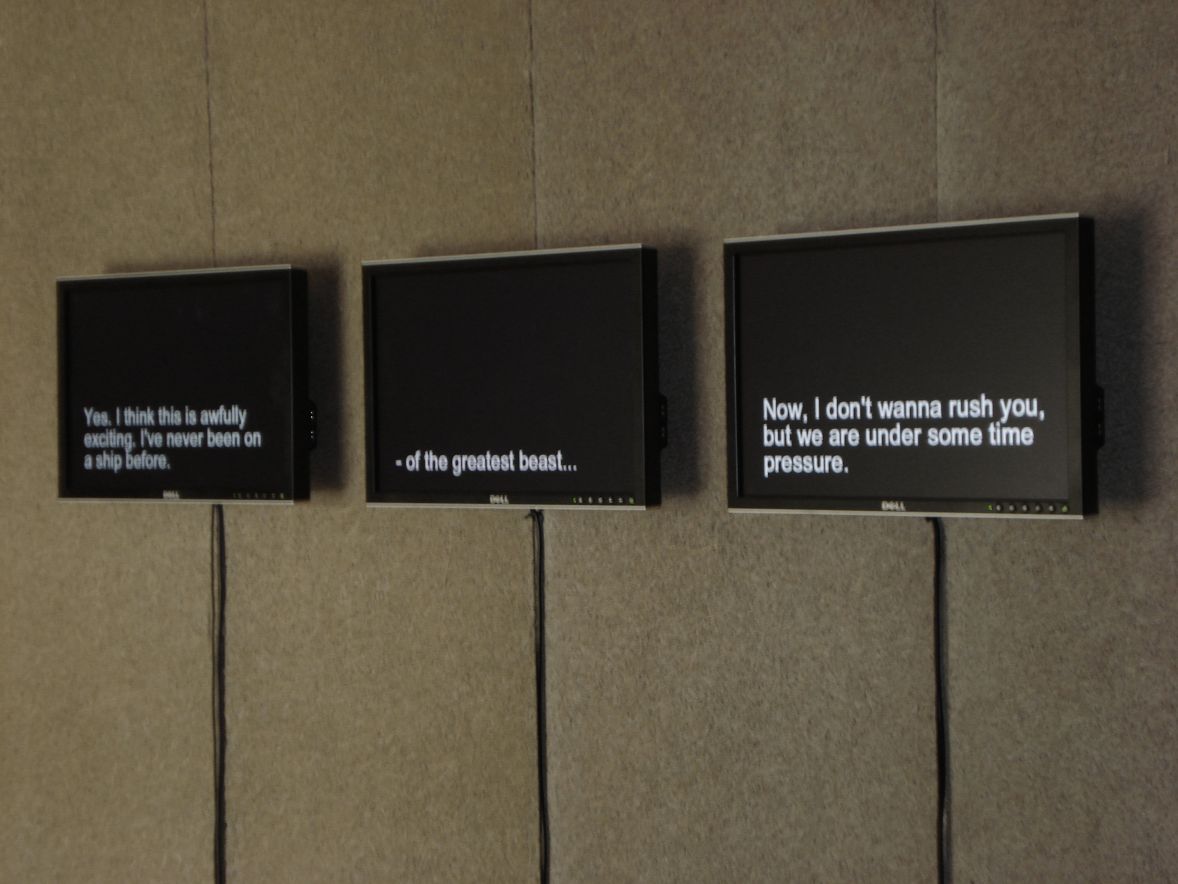 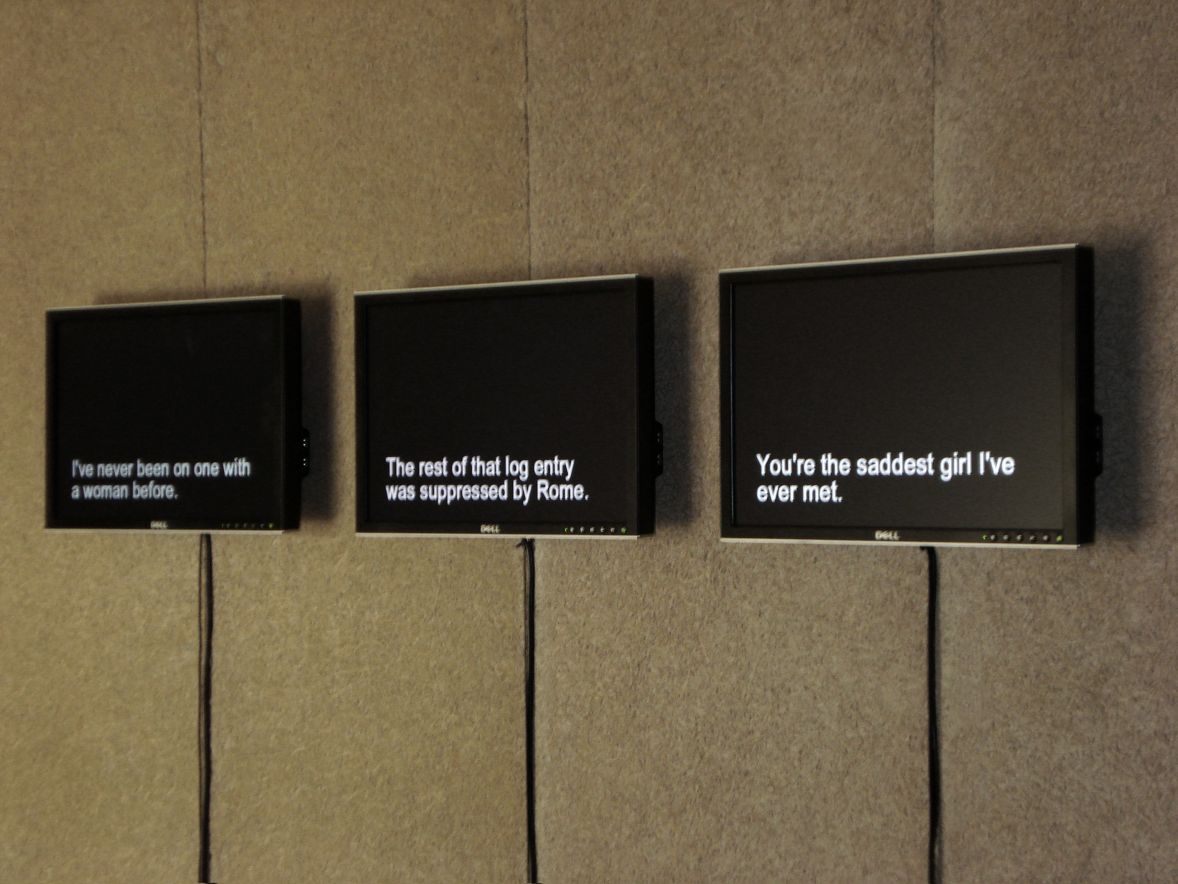 Each channel is composed of the English subtitles track, taken from each one of the three versions of the motion picture King Kong (the original released in 1933, and the two remakes released in 1976 and 2005).

Running synchronously the subtitles reveal the different dynamics of the scenarios based on the same story in a distance of ca. three decades from each other.

The protagonist of the story (the giant ape King Kong) is a monster that does not have a speaking part in the plot, so when image and sound are taken out the protagonist disappears completely being only reflected in the dialog between all other characters in the film.